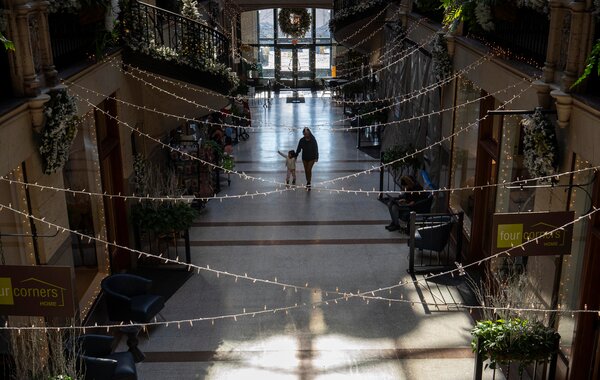 Consumer spending fell for the third-consecutive month in December, confirming what many economists had predicted would be a disappointing holiday season for many retailers and restaurants.

Retail sales fell 0.7 percent last month, the Commerce Department said on Friday, as the economic recovery showed signs of stalling and virus cases surged across the country, prompting shoppers to avoid stores amid a new wave of restrictions.

For the second-straight month, the drop was worse than what most economists had predicted, showing that the deterioration of the broader economy in the final quarter of 2020 was deeper than expected.

“In one line: grim,” is how Ian Shepherdson, the chief economist at Pantheon Macroeconomics, described December’s retail sales in a research note on Friday.

“We think that fear of the third Covid wave, and the restrictions imposed across much of the country to suppress it, did most of the damage to retail sales in the past two months,” he added.

The drop was widespread across many categories, including electronics, autos and food and beverage stores, which had been areas of strong spending last spring and summer, but declined toward the end of last year. Spending at restaurants in December was down again amid a rise in new cases and closures.