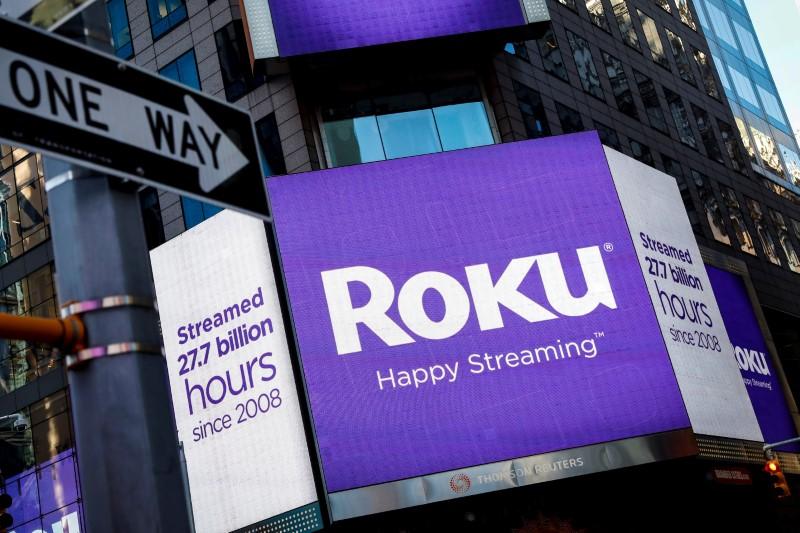 The outlook overshadowed third-quarter revenue, which beat analysts’ estimates, and a loss that was smaller than expected.

Revenue from Roku’s streaming platform is a closely watched metric and the company has pinned hopes on the segment, which generates profit margins well above 70 percent.

Roku reported revenue of $100.1 million from the streaming platform unit, missing estimates of $103.2 million, according to FactSet data.

DA Davidson analyst Tom Forte said the pullback in shares was also a reflection of expectations being “too high” for the company’s third-quarter results.

Roku’s streaming devices have been facing intense competition from the likes of Apple TV and Google Chromecast.

This led the company to tap other revenue sources, including licensing its technology to television makers and earning a share of the advertising revenue from media companies on its platform.

The company is investing more on content for its recently launched Roku channel and is expanding it to more geographies, Chief Executive Officer Anthony Wood told Reuters.

“We added several news providers in anticipation of the mid-term elections and it was one of our best news days ever.”

On an adjusted basis, the company lost 9 cents per share. Revenue rose 39 percent to $173.4 million.

Analysts on average had expected a loss of 12 cents per share on revenue of $169.1 million, according to IBES data from Refinitiv.