(Reuters) – Snap Inc said the number of people using its Snapchat app would remain at current levels this quarter, easing worries the company would continue to lose users to rival Facebook Inc’s Instagram and sending its shares up more than 20 percent. 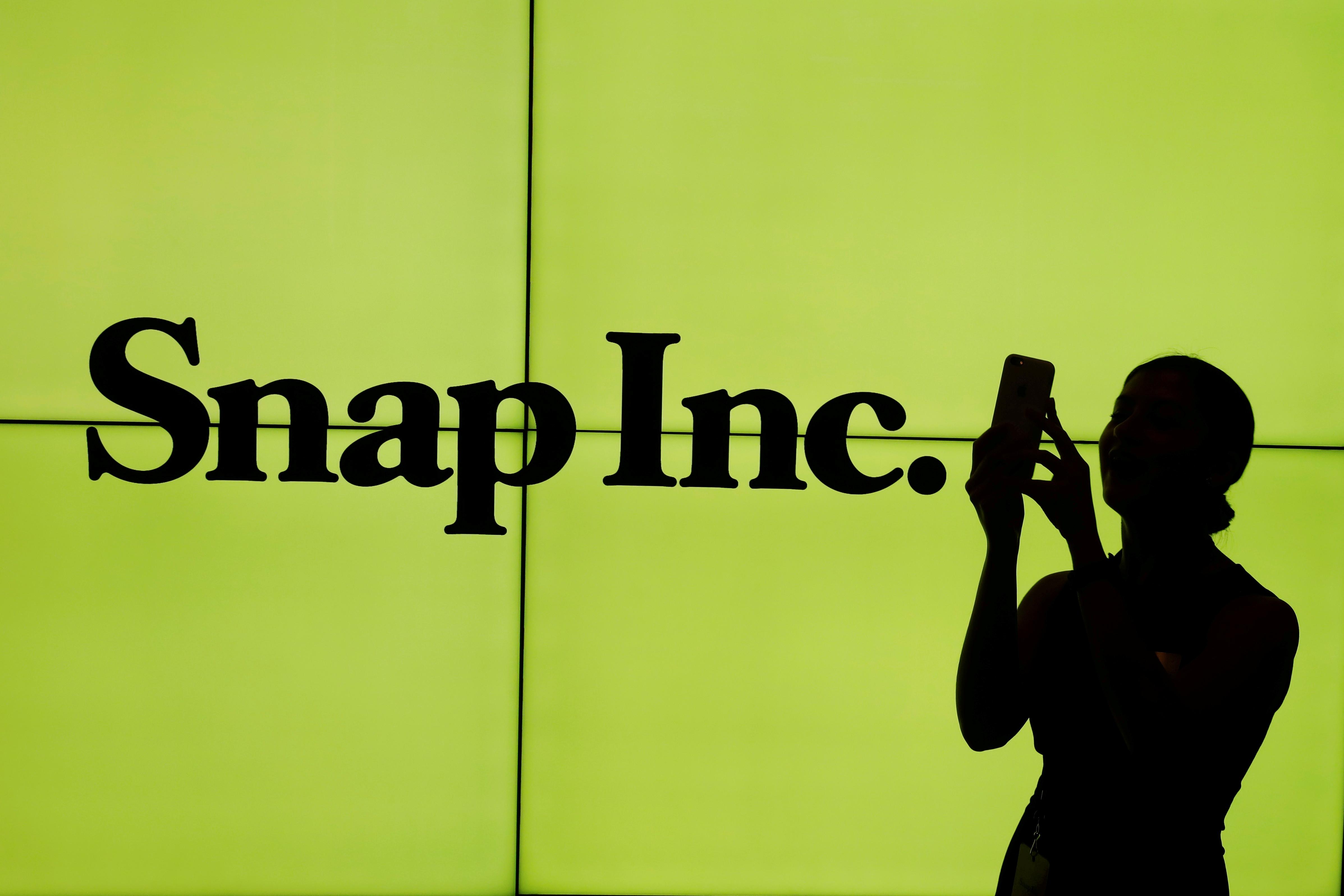 The photo-messaging app, known for its disappearing messages and filters that turn people into dogs or even tacos, has struggled since going public in March 2017, as Instagram has replicated many of its novel features. A controversial redesign also alienated some of Snapchat’s advertisers and users.

In the fourth quarter Snap topped Wall Street with 186 million daily active users, flat with the previous quarter and down 1 million from the same period a year ago. Analysts’ average expectation was 184.91 million, according to Refinitiv data.

“We do not foresee a sequential decline in daily active users in Q1 2019,” said Lara Sweet, Snap’s interim chief financial officer, during a call with analysts after reporting results. She gave no specific outlook on user numbers.

Snap shares jumped 22 percent to $8.62 after hours. That is still less than half the $17 initial public offering price.

The company avoided a third consecutive quarterly decline in users following its redesign, but some questioned the company’s ability to grow.

“Snap’s biggest issue continues to be that it lacks appeal beyond its core user base and has no visible direction on how to expand or pivot its app beyond that under-35 demographic,” said Jessica Liu, a marketing analyst at Forrester.

Snap has also begun rolling out its new Android app to a small percentage of Snapchat users, Chief Executive Evan Spiegel said during the post-earnings call. Snap has said it rebuilt the Android app because it had more bugs and a worse user experience than its Apple iOS app.

The revamped app is key to gaining new users in developing markets, where devices running Google’s Android system are much more popular than iPhones.

“There’s roughly 2 billion people (internationally) who are on Android and do not have Snapchat,” Spiegel said. “If we can take even a small percentage of that, it would make a big difference.”

Snap’s revenue, which it gets from selling advertising on the app, increased 36 percent to $389.8 million, beating Wall Street’s average estimate of $377.52 million.

Revenue growth was helped in part by new ad formats like unskippable commercials on its original shows, which are housed on the Discover page, a panel on the app that contains publisher content along with influencer content.

Spiegel said during the call the company has improved the way it personalizes the Discover page for every user, which could attract more advertisers who were previously worried about their ads appearing next to unsuitable content.

Snap was now “substantially closer” to profitability, as it maintains a flat cost structure while increasing revenue, Spiegel said. In an internal memo that leaked in October, Spiegel set a goal of reaching profitability by the end of 2019.

Michael Pachter, an analyst at Wedbush Securities, estimates Snap will reach breakeven by the end of this year.

Average revenue per user was $2.09 during the fourth quarter, up from $1.53 in the year-ago quarter.

That measurement of revenue grew the most for users outside North America and Europe, hitting $1.24 during the quarter, up from 56 cents in the year-ago quarter.

For the first quarter, Snap said it expects revenue of $285 million to $310 million. That compares with the average analyst estimate for revenue of $307 million, according to data from IBES Refinitiv.