(Reuters) – The S&P 500 eased from record levels on Tuesday, as technology stocks handed back gains made on hopes of a preliminary U.S.-China trade deal and Wells Fargo slid in a mixed start to big banks’ quarterly earnings. 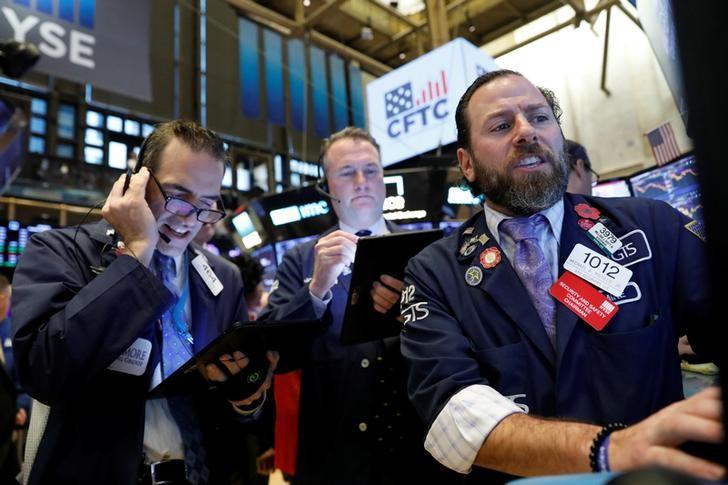 Kicking off the fourth-quarter earnings season, the largest U.S. bank, JPMorgan Chase & Co (JPM.N), rose 2.3% after reporting a better-than-expected profit on strength in its trading and underwriting businesses, keeping the blue-chip Dow index in the positive territory. [nL4N29J2WR]

Wells Fargo & Co (WFC.N) dropped 3.7% after reporting a slump in profit, as it set aside $1.5 billion toward legal expenses, while Citigroup Inc (C.N) rose 2.3% as it topped Wall Street profit estimates.

Analysts expect profits at S&P 500 companies to drop 0.5% for the second consecutive quarter, according to Refinitiv IBES data, largely due to a drag in energy and industrial earnings that have been hit by a prolonged trade war.

China has pledged to buy nearly an additional $80 billion of manufactured goods from the United States over the next two years, and over $50 billion more in energy supplies, Reuters reported, citing a source briefed on the trade deal that is expected to be signed on Wednesday.

“Market and company reactions to this deal, even if it works out imperfectly and ultimately with a smaller magnitude or a slower actual adjustment to stated goals, will still be largely positive,” said Jim Paulsen, chief investment strategist at Leuthold Group in Minneapolis.

“Just having China and the U.S. talking and changing behaviors will likely be perceived as a huge step toward a greater future.”

The S&P index recorded 48 new 52-week highs and no new lows, while the Nasdaq recorded 108 new highs and 21 new lows.