NEW YORK (Reuters) – Equity markets tanked and oil prices fell sharply on Wednesday after a closely watched bond indicator pointed to the growing risk of a U.S. recession that was heightened by data showing Germany’s economy in contraction and China’s worsening.

Yields on two-year U.S. Treasury notes rose above the 10-year yield for the first time since 2007, a metric known as an inversion that is widely seen as a classic recession signal.

A GDP report showing German output fell 0.1% in the second quarter from the previous three months coupled with Chinese industrial production rising at its weakest pace since 2002 added to investor fears of a global slowdown in growth.

Stocks on Wall Street fell more than 2%, as did Germany’s DAX index .GDAXI, while the price of West Texas Intermediate, the U.S. crude benchmark, slumped almost 5%.

“We’re seeing that flow through to stock prices falling and yields across the globe plummeting as well,” he said.

The slide in equity and oil markets erased the previous session’s sharp gains after the United States moved to delay tariffs on some Chinese products.

Negative interest rates from the European Central Bank and Bank of Japan are having an adverse effect on yields everywhere, including the United States, Arone said.

“How much more can U.S. interest rates rise in the face of all those low interest rates? In a lot of ways it’s almost like the medicine continues to make the patient more sick,” he said.

U.S. West Texas Intermediate (WTI) crude futures CLc1 dropped $2.68 to $54.42 a barrel, having gained 4% in the previous session, the most in just over a month.

“There is plenty of doom and gloom to spread across the globe,” said John Doyle, vice president for dealing and trading at Tempus Inc in Washington. The U.S. yield curve “is a major recession indicator. Germany, Italy and the UK are likely headed for a recession. Today’s Chinese data was shockingly bad.” 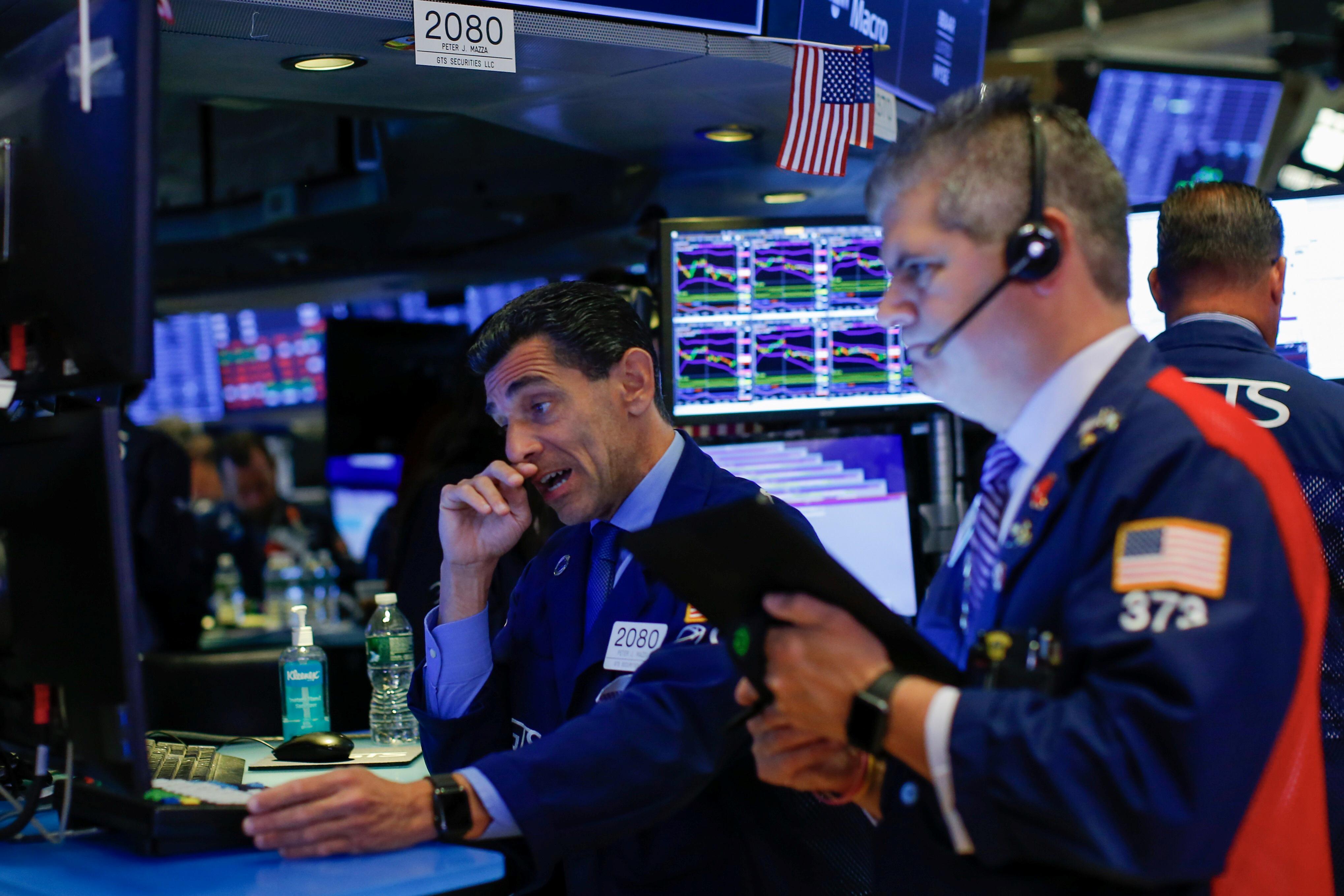