TOKYO (Reuters) – Global stock prices fell on Monday after the United States and China imposed new tariffs on each other’s goods, reinforcing investors’ worries over slowing global growth, with no clear end in sight for the trade war. 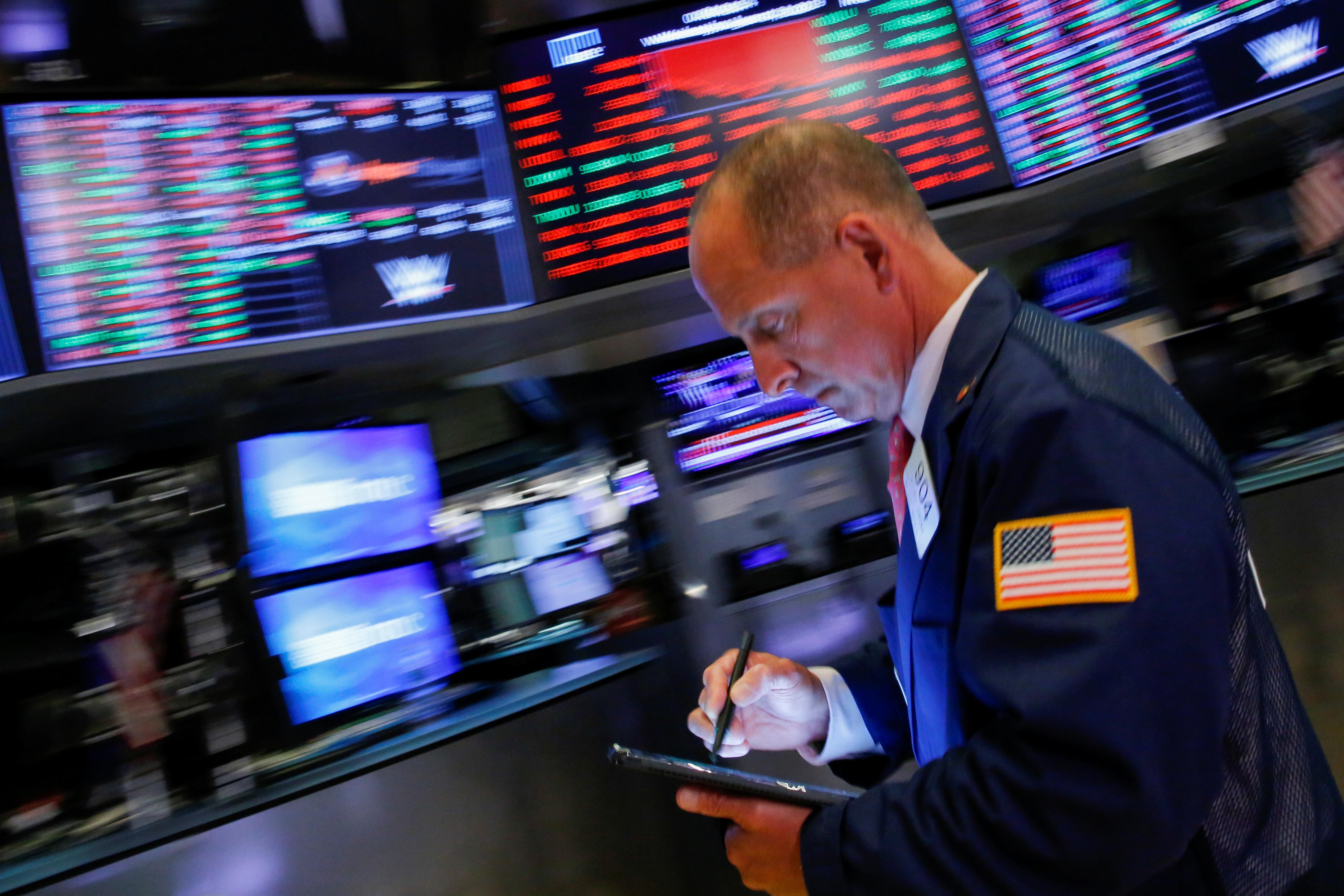 Chinese shares, however, bucked the bearish trend, with the CSI300 index .CSI300 rising 1.1% despite the trade row escalation. Providing some tailwind to mainland markets was a pledge by China’s State Council to boost support for the economy.

“While I do not expect the Sino-U.S. relations to keep deteriorating, it won’t be solved easily either,” he said.

Washington slapped 15% tariffs on a variety of Chinese goods on Sunday – including footwear, smart watches and flat-panel televisions – while Beijing imposed new duties on U.S. crude, the latest escalation in a bruising trade war.

Several studies suggest the tariffs will cost U.S. households up to $1,000 a year, with the latest round hitting a significant number of U.S. consumer goods.

In retaliation, China started to impose additional tariffs on some of the U.S. goods on a $75 billion target list. Beijing did not specify the value of the goods that face higher tariffs from Sunday.

Although U.S. President Donald Trump has said the two countries will hold talks in September, there are doubts any such talks would lead to a breakthrough.

“So far Trump appears defiant though on the tariff hikes, blaming the Fed and American companies for their difficulties in dealing with the tariffs,” said Shane Oliver, chief economist at AMP in Sydney.

“There is a long way to go though and re-establishing trust will be difficult after the experience since mid-last year. Share markets may still have to fall further to pressure Trump to resolve the issue.”

Many market players say the market’s reaction was likely exaggerated by algorithm-driven players’ flows in thin trading conditions at start of Asian trade on Monday.

Liquidity could be even more limited than usual because of a U.S. market holiday on Monday.

“(The market move) goes to show you how many data mining algos are involved with equity linked compared to forex-linked. Was anyone surprised by these tariffs that took effect yesterday?” said Takeo Kamai, head of execution at CLSA in Tokyo.

Tension is also running high in Hong Kong, with police and protesters clashing in some of the most intense violence since unrest erupted more than three months ago over concerns Beijing is undermining democratic freedoms in the territory.

China, eager to quell the unrest before the 70th anniversary of the founding of the People’s Republic of China on Oct. 1, has accused foreign powers, particularly the United States and Britain, of fomenting the unrest.

In currency markets, the dollar dipped slightly against the yen to 106.12 yen JPY=.