HONG KONG/BANGKOK (Reuters) – Fred Perrotta spent four years building a network of Chinese suppliers for his line of trendy backpacks, but as soon as the United States announced tariffs on almost half of its Chinese imports, he started looking for suppliers in other countries. 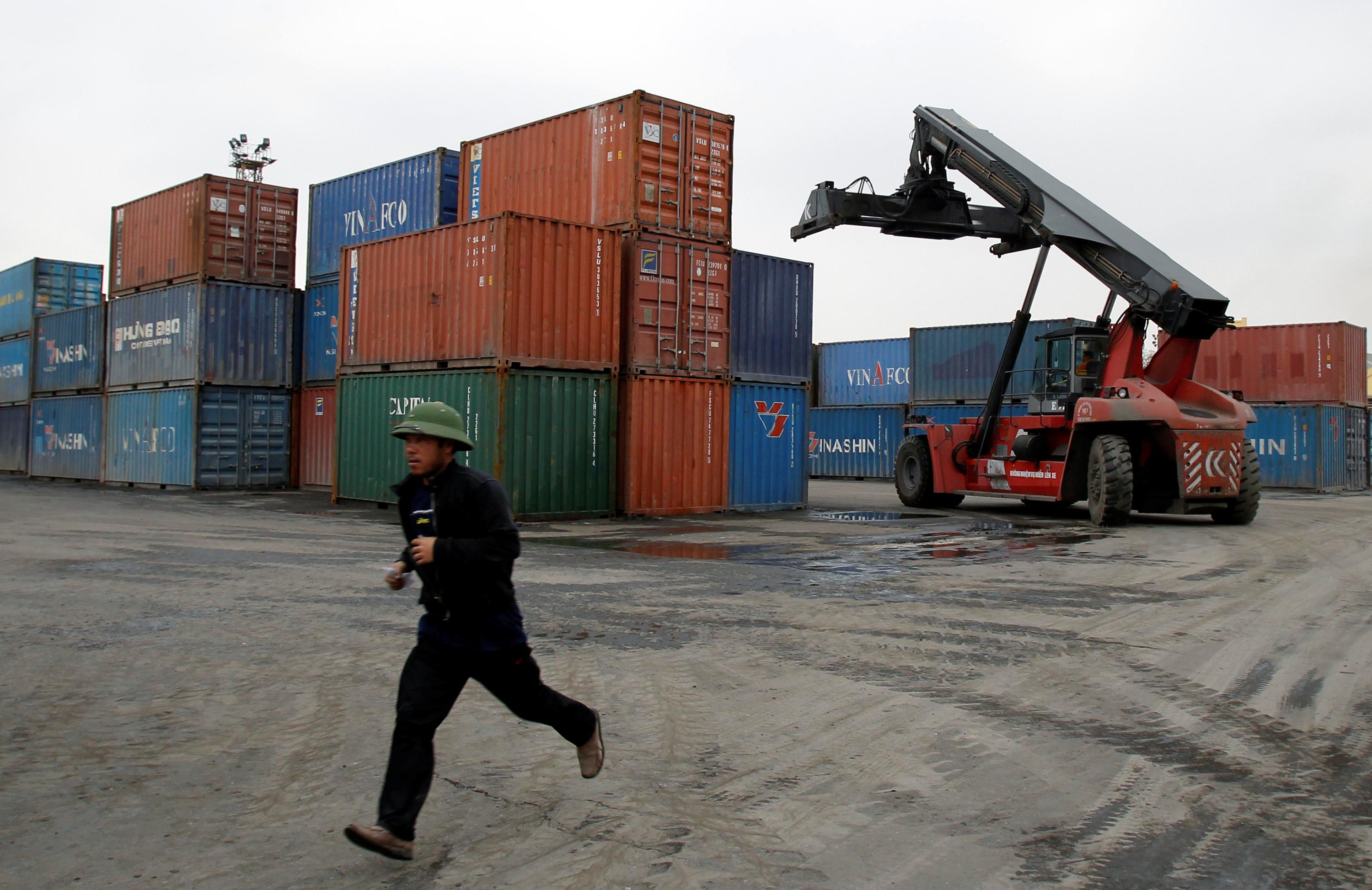 That process is now so far advanced it would be too late to reverse it even if U.S. President Donald Trump and his Chinese counterpart Xi Jinping call a truce in their growing trade war at this week’s G20 summit, the 33-year-old said.

Perrotta’s company, Tortuga, is joining what industry experts say is the biggest shift in cross-border supply chains since China joined the World Trade Organisation in 2001.

The shift is creating stiff competition to secure new facilities in neighboring countries and rebuild supply chains outside of China, home to a fifth of global manufacturing.

“Everyone is nervous and scrambling around,” Perrotta said by phone from Oakland, California, where he recently took delivery of the first samples from a potential new supplier in Vietnam.

“Long-term, we will probably shift everything.”

The scramble is driven by the risk of more, and higher, U.S. tariffs on China, and fears that nearby emerging economies can only accommodate new businesses on a “first come, first served” basis.

Vietnam and Thailand are emerging as preferred destinations, but they still face capacity constraints ranging from red-tape to skilled labor and limited infrastructure.

In June, Hong Kong-listed furniture maker Man Wah Holdings (1999.HK) bought a factory in Vietnam for $68 million and said earlier this month it plans to almost triple its capacity to 373,000 square meters by the end of 2019.

“The acquisition is to mitigate the risks posed by tariffs,” Man Wah said in a statement.

Vietnam-based industrial real estate developer BW Industrial says inquiries have surged since October, and all its factories are now leased out.

“The manufacturers are from all over the world but they all have production plants in China and need to start production ASAP,” Chris Truong, a sales manager at BW Industrial told Reuters.

In Thailand, SVI Pcl (SVI.BK), which provides electronics and manufacturing solutions, said it has just selected four new deals worth about $100 million with existing customers who have operations in China.

“The trade war is good for us,” CEO Pongsak Lothongkam said. “We have been approached by so many companies that we have to prioritize.”

“It’s a good opportunity. Many customers have contacted us to ask about our products and prices. But there are no sales yet as it will take time,” he said.

“Two (or) three companies will start moving their production base (out of China) to us soon,” CEO Peerapol Wilaiwongstien said.

“We have a big business in the United States,” Arnold Kamler, the company’s majority owner and chief executive told Reuters. “There is no choice but to as rapidly as possible look to move production away from China.” 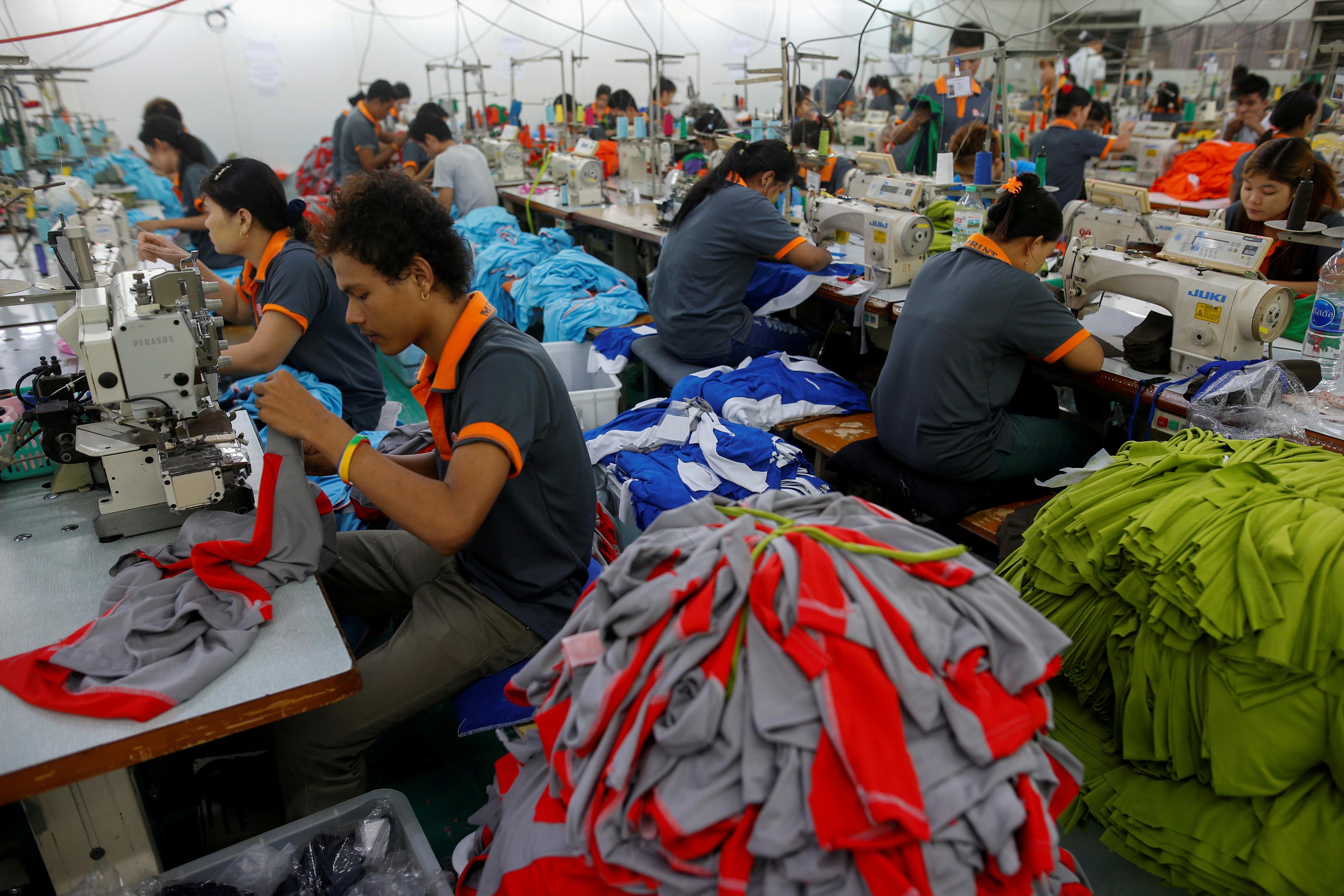 The re-sourcing and relocation efforts mark an acceleration of an already established trend as China’s economy shifts towards services, consumption and high-tech production.

“We are on the cusp of the biggest sourcing disruption that we have seen in a generation,” said Stephen Lamar, executive vice-president of the American Apparel&Footwear Association, whose more than 1,000 members contribute over $400 billion annually to U.S. retail sales.

“The No. 1 thing I hear from companies is along the lines of: ‘For years we have been talking about diversifying from China and now we have to actually do it’.”

Shifting production can take years to complete: firms need to secure funding, find the right suppliers, sort out new logistics – all while dealing with new legal and accounting issues in a country they may not know well.

“Any relocation away from China is going to be very slow and very uncertain,” said Aidan Yao, senior Asia EM economist at AXA Investment Managers.

Low tech goods and low value manufacturing would be the quickest to migrate while higher value-added exports in the machinery, transport and IT category would likely take decades to relocate due to high R&D costs and competitive Chinese labor costs, UBS said in a note earlier this month.

Yet a regional client poll by Citi conducted in the last month showed more than half of them already adjusting their supply chain to limit upheaval to their business.

China’s sophistication in areas such as automation means no one country can replace China, said trade lawyer Sally Peng of Sandler, Travis&Rosenberg.

“So everyone is looking for that China Plus One, Plus Two, Plus Three country strategy, all the way to Africa,” she said.

Companies hold out little hope for a truce in the trade dispute when Trump and Xi are due to meet on the sidelines of the G20 summit in Buenos Aires this week.

Indeed, Trump said on Monday he expected to move ahead with raising tariffs on $200 billion in Chinese imports to 25 percent from the current 10 percent.

While Chinese export data shows little sign yet of an impact from the trade war, some economists say that is because companies are rushing to get shipments out ahead of more tariffs.

To be sure, smaller emerging Asian economies are not necessarily licking their lips about the prospect of the trade war between the world’s top two economies worsening.

Growth has slowed in the third quarter across Southeast Asia, as well as in Taiwan, Japan and South Korea, with officials partly blaming the trade war for it.

Thailand’s exports of electronic integrated circuits, for instance, rose 4 percent to the United States in October but fell 38 percent to China. Vietnam’s manufacturing sentiment indicator is the highest in Asia but is well off its peak.

A lack of infrastructure is also a problem for countries seeking to pick up business.

Bangkok is seeking to address that with its Eastern Economic Corridor, an ambitious $45 billion development project which plans improvements to deep water ports, airports and railways.

Beyond infrastructure bottlenecks, red tape – particularly in Vietnam – remains hard to navigate and skilled labor is not easily available.

Vietnam’s unemployment rate is 2.2 percent. Thailand’s is even lower.

“The proportion of unskilled labor in Vietnam remains large and there hasn’t been any effective plan to improve this issue, and I don’t see any significant change in five or even 10 years,” said the vice chairman of the Vietnam Electronic Industries Association, Nguyen Phuoc Hai.

“Whether cheap labor will remain one of Vietnam’s advantages in the face of the fourth industrial revolution is questionable.”