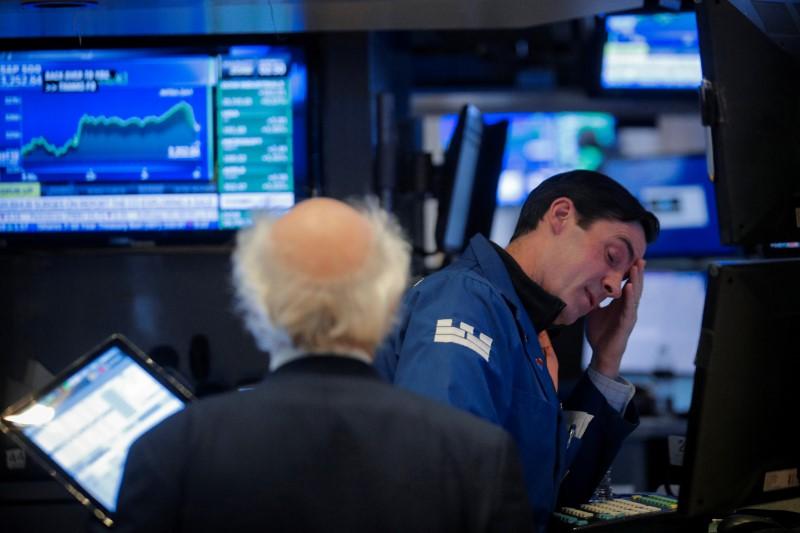 Wuhan in central China is the size of London. But flights to and from the city are canceled, highways are shut and soldiers guard the railway station, as China tries to quarantine the center of a virus outbreak that has killed 81 people and infected thousands, spreading to more than 10 countries including the United States and Japan.

The government also extended the Lunar New Year holiday and more big businesses shut down or told staff to work from home in an effort to curb the spread.

Beijing’s response has been reassuring for many compared to its secretive handling of the 2003 SARS epidemic. And the World Health Organisation says while this is “an emergency in China”, it’s not of international concern yet.

Still, it’s unclear how deadly this illness is, or whether Beijing is revealing the full picture. Recent falls in share prices and the suffering yuan show markets are pricing slower growth and a monetary policy response. The outbreak coincides with the Lunar New Year holiday – a peak season for traveling, entertaining and gift-giving. If spending on such services falls 10%, Chinese growth would slow 1.2 percentage points, S&P Global calculates.

Over the December holidays, people across the world will have shopped on Amazon, watched Netflix shows and sent greetings over iPhones, Facebook and Gmail. Soon we’ll see how this played out in the bottom lines of the firms that are grouped together as FAANGs and are collectively worth almost $4 trillion.

Q4 earnings from Netflix underwhelmed Wall Street. But Facebook should post 6.2% earnings growth on Jan. 29, while Apple earnings, due Jan 28, are forecast to have grown 8.7%. Amazon has warned that higher investment spending will dampen earnings-per-share but it sees quarterly revenues up 18.7%.

Alphabet (Google’s parent), due the following week, should also post higher revenues but a 1.7% earnings decline.

Compare this with expectations for the S&P500 overall – 0.8% earnings decline and 4.4% revenue growth. The FAANGs also have led the U.S. equity bull run; just since October, shares in some of them are up 20-40%, versus 11% for the index. Any disappointments may sink more shares than just the FAANGs.

(GRAPHIC: Some FAANGs longer than others – here)

World stocks celebrated the China-U.S. trade truce by speeding into a New Year rally. But European auto shares have crashed out on signs they will be first in the firing line if a trade war erupts with Washington. President Donald Trump’s latest threat to raise tariffs on car imports from the EU sent shivers down the spines of executives, who are already struggling with tough regulation, slowing demand in key markets and competition with electric vehicles.

No surprise then that European auto shares .SXAP skidded to their biggest weekly fall since August, shedding 3.9%, even as the pan-European equity index returned to record highs. In fact, auto shares have decoupled from Germany’s DAX index since late-2019, hitting 10-year lows relative to that benchmark.

Making matters worse is another profit warning from Daimler, and a Citi ratings downgrade for Renault. Interestingly, auto sector earnings are expected grow almost 10% in Q4. But investors are bracing for nasty surprises.

Britain leaves the European Union at the end of the week but the day will be little more than symbolic, given Jan. 31 only marks the start of an 11-month period during which a new trade agreement will have to be thrashed out with the bloc.

Of greater interest arguably, is Thursday’s Bank of England meeting – Mark Carney’s last as governor. The question is whether the BoE will join central bank peers in cutting interest rates. Economic growth and inflation took a hit from 3-1/2 years of Brexit uncertainty so a string of dismal data and dovish policymaker comment saw expectations for a cut swiftly build.

But money markets, having at one point priced a 70% chance of a quarter-point rate reduction, have trimmed those expectations to around 50%. Latest indicators, covering the period after the Dec. 12 election, suggest improving confidence. Sterling around $1.31, is in the middle of its trading range so far in 2020 – where it heads next hinges on the BOE’s decision and forecasts for whether the economy will find more fuel when it starts a new life outside the EU.

The Fed must steer its first policy meeting of the 2020s between Scylla and Charybdis: U.S. stock indexes at nosebleed levels against Trumpian election-year pressure for lower rates.

The fed funds target will certainly be left in its 1.5% to 1.75% range on Wednesday; the central bank will want to see how the three cuts from 2019 are percolating through the economy. Also, considering fed funds spent the first half of the past decade near zero, there is barely room to cut more, without raising alarm about negative rates, deflation and asset prices.

A more immediate question is how long the Fed lets its banking system interventions run, now that the year-end has passed without any repo market turmoil. Its overnight operations will continue until at least mid-February but a debate is under way whether to establish a standing repo facility for banks. Investors will also watch for comments on the Fed’s pivot back to balance sheet expansion.

Trump is likely to deliver his verdict too. Advance fourth quarter GDP lands Thursday – 2.1% growth is expected – and Trump might repeat his argument that were it not for Fed policy tightening, growth would be near 4%.

Boris Johnson has admitted the UK is ‘now seeing a second wave coming in’ and that it was ‘inevitable’ coronavirus would hit the country again.…

We will use your email address only for sending you newsletters. Please see our Privacy Notice for details of your data protection rights. Local lockdowns…

President Thaci awards Trump one of country’s highest honours for efforts on peace and reconciliation. Kosovo has awarded US President Donald Trump one of the country’s…