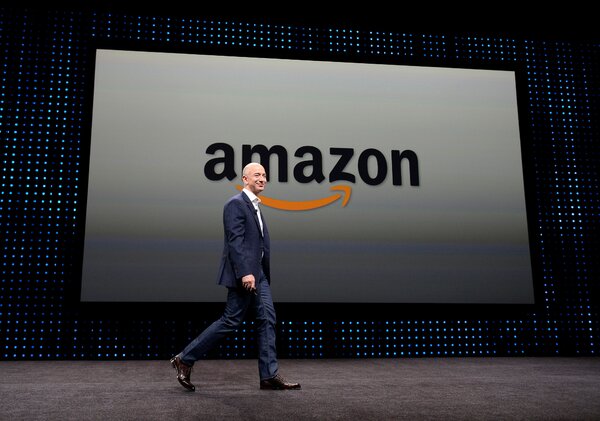 Amazon’s investors are gathering virtually on Wednesday for the company’s annual shareholder meeting. There is much to discuss, according to the DealBook newsletter: good, bad and ugly (from the perspective of Amazon’s management).

The e-commerce giant’s bumper profits are likely to be overshadowed by three major developments: the company’s expensive bet on the Hollywood studio MGM, a series of shareholder proposals that company directors don’t want to pass and an antitrust suit filed against the company that landed on Tuesday.

Amazon said on Tuesday that it would spend $8.45 billion to acquire MGM, which buys classic films like “Rocky” and “Singin’ in the Rain,” as well as the James Bond franchise. Approval from regulators would rest on Amazon’s argument that it’s a small player in entertainment. (Lina Khan, a nominee for the F.T.C. who is awaiting Senate confirmation, made her name with a paper about Amazon’s alleged antitrust abuses.)

The backers of several shareholder proposals, all opposed by Amazon’s management, say their aim is to make the company a better corporate citizen, reacting to accusations of labor and environmental abuses. New York State’s pension fund is calling on Amazon to conduct an independent racial equity audit of its practices related to civil rights, equity, diversity and inclusion. (Calls for racial audits have been a feature at many shareholder meetings recently.)

Another proposal would bar Jeff Bezos from leading Amazon’s board after he steps down as chief executive this year.

The District of Columbia sued Amazon on Tuesday, accusing the company of effectively prohibited sellers on its site from charging lower prices for the same products elsewhere, which raised prices on Amazon and beyond. “Amazon has used its dominant position in the online retail market to win at all costs,” said Karl Racine, the district’s attorney general.

It is believed to be the first antitrust suit against Amazon by an American government authority, but because it is based on local rather than federal law, its effect could be limited even if successful. Nonetheless, Mr. Racine’s argument “is both old-school and novel, and it might become a blueprint for crimping Big Tech power,” wrote Shira Ovide, The Times’s On Tech columnist.