FRANKFURT (Reuters) – When Thyssenkrupp CEO Guido Kerkhoff announced plans to list its prized elevators unit last week, he set off a battle for the conglomerate’s future that could test Germany’s brand of “social market” capitalism. 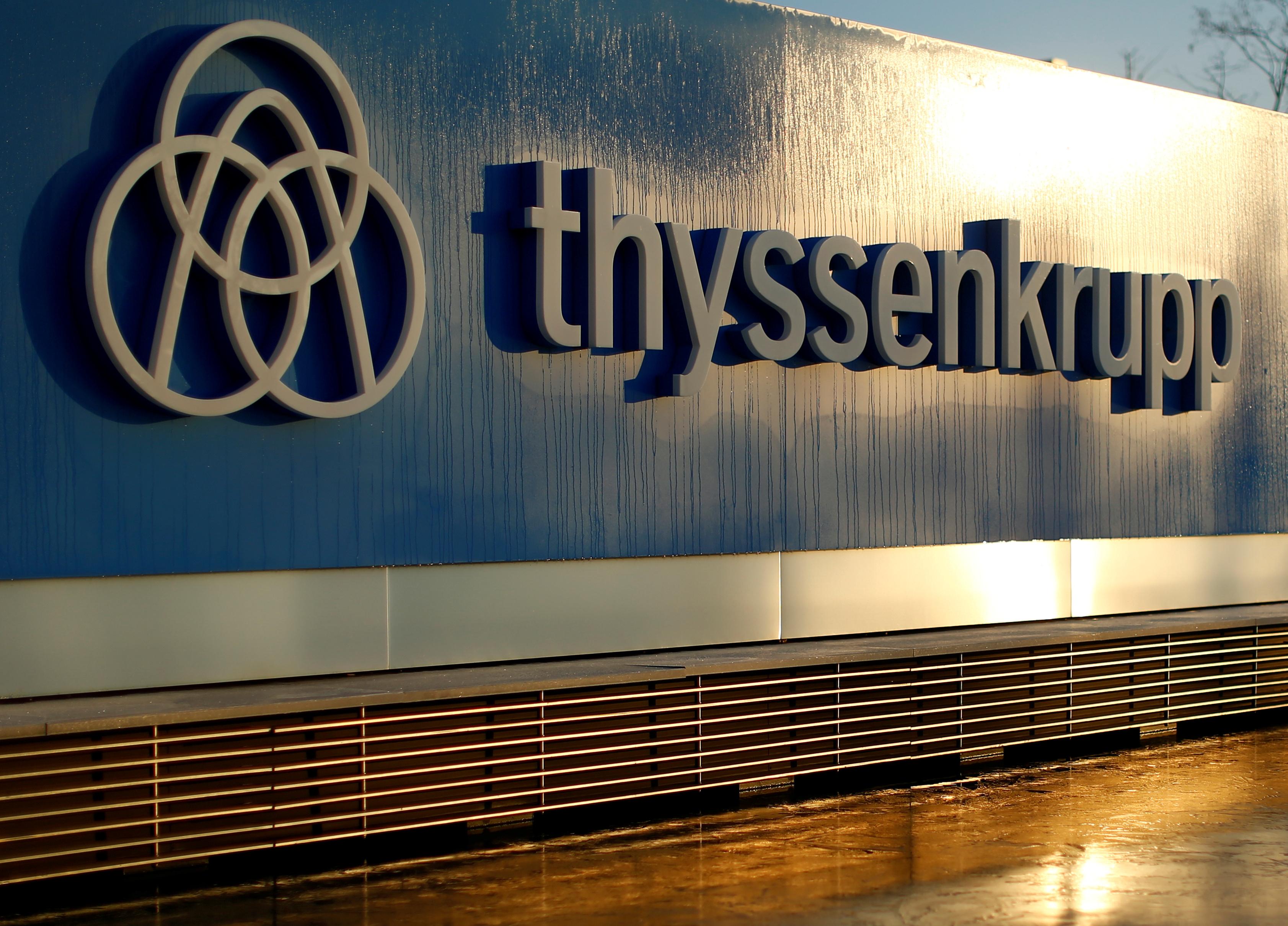 Kerkhoff had little choice but to think the unthinkable when the company’s share price sank to a 15-year low on May 8. The plan to take elevators public not only broke with long tradition but marked the abandonment of a turnaround plan he himself had unveiled less than eight months before.

Now Thyssenkrupp’s future is in play, with activist investors on the one side baying for a restructuring of the group to drive up value, and its top shareholder – the charitable Krupp foundation – and workers on the other side with a mandate to protect the unity of the company and jobs.

Kerkhoff’s strategy will not only decide the fate of his career, but also the shape of Thyssenkrupp – a poster child of Germany’s so-called Rhineland capitalism, which buttressed the country’s economic success by emphasizing social policies to protect workers rights as much as the rules of free enterprise.

Thyssenkrupp’s conglomerate structure has fallen out of favor in the market, reflected in the deterioration of its share price. Many investors say Kerkhoff and the non-profit foundation must move to reshape the group’s portfolio, including through spin-offs and divestments.

Ingo Speich, head of sustainability and corporate governance at top-20 shareholder Deka Investment, said this kind of active portfolio management was the likeliest and best solution for the group.

“Parts will be separated out and the resulting proceeds used to make acquisitions.”

Bankers and investors are now eyeing the prospect of finding new owners for the group’s sprawling businesses, ranging from steel and elevators to car parts and submarines.

Components Technology, which makes automotive parts, and Industrial Solutions, which makes chemical and cement plants, may be merged with sector peers in the medium to long-term, according to three financial sources familiar with the matter.

Elevators may end up in the hands of Kone or Schindler, should they intercept Thyssenkrupp’s IPO plans, while plant engineering could be combined with Linde’s engineering unit, one of the sources said.

Other investment bank pitches to potential buyers will focus on finding a partner for some of Thyssenkrupp’s automotive businesses, where Bosch, ZF Friedrichshafen, Nexteer or Mando are seen as potential players, according to the sources.

“This is the breakup of Thyssenkrupp,” said a senior banker who declined to be named due to the sensitivity of the matter.

All the companies either declined to comment on potential deals or were not immediately available to comment.

Kerkhoff has acknowledged that new ownership structures for its businesses is needed to turn the company around. But Thyssenkrupp declined to comment on any future asset sales.

Such a process will however be lengthy and difficult, according to three separate financial and labor sources, for two reasons: apart from elevators, all other units of Thyssenkrupp are less profitable than their peer average, are going through a restructuring or are in need of one.

This is reducing their value and makes it less probable that an M&A frenzy will ensue.

“I don’t see quick, easy wins unless assets are sold under value,” said another senior banker. “A fire sale is not the way forward.”

Secondly, powerful labor representatives at Thyssenkrupp, who control half of the seats on group’s 20-member supervisory board, are willing to oppose M&A that will result in further job cuts among its 161,000-strong workforce.

The 10 workers’ representatives can team up with the Alfried Krupp von Bohlen and Halbach Foundation, which holds a 21 percent stake, to veto major changes.

The foundation’s mandate is to preserve the unity of the company while at the same time relying on healthy dividends to fund its non-profit activities for promoting the “common good”.

The elevator IPO, part of a plan that also includes 6,000 job reductions, has found support because it brings in cash that is badly needed to fix Thyssenkrupp’s balance sheet and strengthen the businesses as a whole.

“It will be a difficult path for the company and its employees. But we won’t abandon workers,” said Markus Grolms, vice chairman of Thyssenkrupp’s supervisory board and secretary at IG Metall, Germany’s biggest labor union.

The conflict at Thyssenkrupp also illustrates the growing influence of activist shareholders on European household names, with demands to tackle underperformance and simplify structures.

Swedish investor Cevian, a shareholder since 2013 that has long pressed for change, holds an 18 percent stake, while more recent investor Elliott holds under 3 percent. Both have criticized Thyssenkrupp’s underperformance.

Activists argue specialized businesses are often more highly valued than conglomerates because in times of growth, high-potential assets do not have to share the balance sheet with cash-consuming, lower-return businesses.

Conglomerates tend to be valued at a trading multiple of some of their lowest performing business resulting in the so-called conglomerate discount and higher refinancing costs.

In recent years, groups that have reshaped their portfolios through spin-offs and sales have outperformed peers in terms of share price development, Goldman Sachs said in a study last year, a trend which helped asset disposals in Europe reach their highest level since 2007.

“But things are different now and now boards and companies need to do things differently because the world has moved a bit underneath them,” he added, referring to the rise of investor activism. “And now, I think, in many ways European and German boards are playing a little bit of catch-up.”

German labor leaders and credit agencies, for their part, argue a diversified model with exposure to several businesses with different growth, margin and cash flow generation rates is an advantage when one sector enters a downturn.

Germany has been slow to embrace portfolio management because of reforms introduced after World War II to safeguard worker rights.

In 1947, the United States forced the breakup of German industrial monopolies so that they could not be used as instruments of power by political forces, as had happened with the steel industry under the Nazis.

Krupp, which later merged with Thyssen in 1999, was among the first companies to be dismantled. Among others, IG Farben was split into businesses including BASF, Hoechst and Bayer.

At the time, price controls were also lifted, sparking concerns among German workers about their welfare so Germany’s leaders allowed industry associations including the German Trade Union Confederation and Federation of German Industries to help formulate new labor laws and working conditions.

In 1949, collective wage-bargaining negotiations set a minimum wage for entire sectors to ensure competition would not mean a race to the bottom for wages. The law is still in place.

Three years later, trade unions were also given the right to appoint a third of company directors so they could have a say in determining the conditions of hiring and laying off workers when restructuring was needed.

It is this law which has given Thyssenkrupp’s workers a near veto power to stop radical job cuts and even to block the appointment of shareholder-friendly candidates to the board.

Decisions at Thyssenkrupp have rarely, if ever, been taken without the consent of workers. 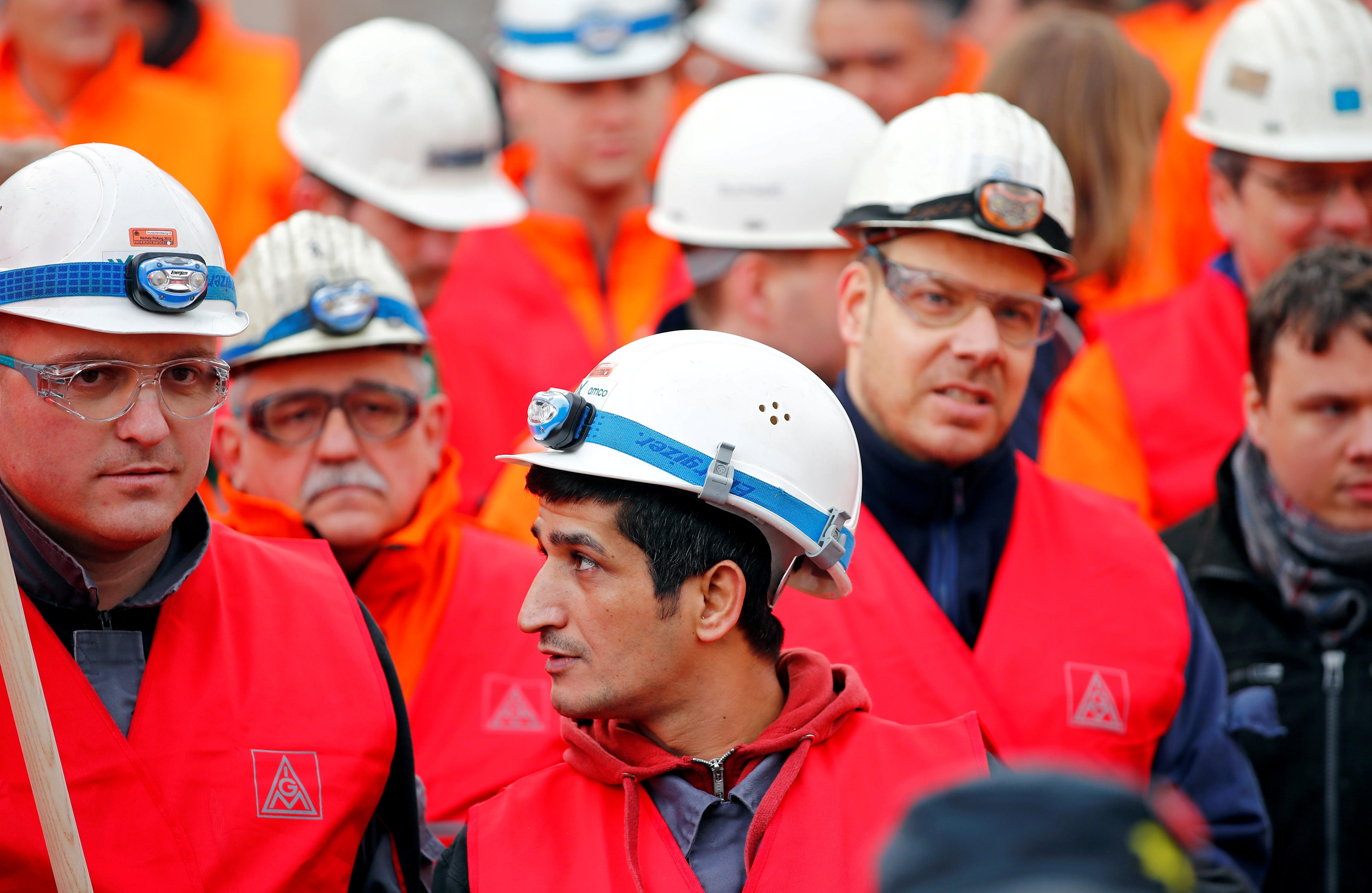 For CEO Kerkhoff, a deal for the elevator unit may mark one of the last chances to raise cash to pay for necessary reforms following three profit warnings, a botched plan to spin off its capital goods business and the collapse of a steel joint venture with Tata Steel.

But analysts at Jefferies are still skeptical about management’s ability to get the listing off the ground.

“The timeline and execution of such a deal remain concerns of investors,” they said, adding management must come up with a credible restructuring plan that is supported by unions and convince markets the IPO will repair the group’s balance sheet.

We will use your email address only for sending you newsletters. Please see our Privacy Notice for details of your data protection rights. As Camilla…

An man who was “trusted” to walk his female friend home after a night out raped and murdered her, a court has heard.  Keeley Bunker…

A teenager with behavioural difficulties will temporarily be kept locked in a council house because social services cannot find appropriate secure accommodation. The ‘contingency’ plan…

Film director Richard Curtis is among 83 millionaires who are demanding to be “immediately, substantially and permanently” taxed more to help boost the economic recovery…

A BODY has been found in the search for Glee star Naya Rivera, who vanished at Lake Piru, cops said. On Monday, the Ventura County…