A new trade and technology partnership aims to counter China, but tensions over issues like metal tariffs remain. 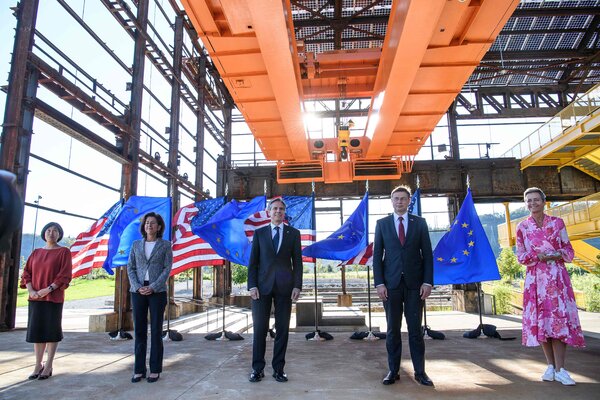 WASHINGTON — The United States and the European Union took a step this week toward a closer alliance by announcing a new partnership for trade and technology, but tensions over a variety of strategic and economic issues are still simmering in the background.

The establishment of the Trade and Technology Council, which aims to establish a united front on trade practices and sophisticated technologies, is a significant test of whether President Biden can fulfill his pledge to mitigate trans-Atlantic tensions that soared under President Donald J. Trump. The Biden administration has long described Europe as a natural partner in a broader economic and political confrontation with China, and it criticized the Trump administration for picking trade fights that alienated European governments.

But while officials on both sides say trans-Atlantic relations have been improving, the U.S.-Europe reset has been rockier than anticipated.

The inaugural meeting of the Trade and Technology Council in Pittsburgh this week was nearly scuttled after the Biden administration said it would share advanced submarine technology with Australia, a deal that enraged the French government.

Europeans say they have been frustrated by a lack of consultation with the Biden administration on a range of issues, including the U.S. withdrawal from Afghanistan. And officials face a difficult negotiation in the coming weeks over metal tariffs that Mr. Trump imposed globally in 2018.