WASHINGTON/BEIJING (Reuters) – U.S. President Donald Trump on Wednesday welcomed China’s decision to exempt some U.S. anti-cancer drugs and other goods from its tariffs and announced a delay to scheduled tariff hikes on billions worth of Chinese goods.

Beijing’s exemptions and Washington’s delay came days ahead of a planned meeting aimed at defusing a trade war between the world’s two largest economies.

China’s decision to exempt some U.S. goods was a “big move” by Beijing and a positive gesture before trade negotiators from both countries meet in Washington, Trump told reporters at the White House.

China on Wednesday announced its first batch of tariff exemptions for 16 types of U.S. products, including some anti-cancer drugs and lubricants, as well as animal feed ingredients whey and fish meal, according to a Ministry of Finance statement on its website.

Beijing said in May that it would start a waiver program, amid growing worries over the cost of the protracted trade war on its already slowing economy.

“They made a couple of moves … that were pretty good,” Trump said at an unrelated event on vaping. “I think it was a gesture, okay? But it was a big move.”

On Wednesday, Trump wrote in a post on Twitter that the United States had agreed to delay increasing tariffs on $250 billion worth of Chinese imports from Oct. 1 to Oct. 15 “as a gesture of good will.” The tariffs were set to increase to 30% from 25% on the goods.

Trump said he hoped to reach a trade agreement with China following more than a year of tit-for-tat exchanges of tariffs that have roiled global markets.

“I deal with them and I know them and I like them,” he said. “I hope we can do something.”

Deputy trade negotiators are due to meet in Washington in mid-September, with minister-level talks to follow in October. Exact dates for the meetings have not been released.

The gestures may ease tensions ahead of the negotiations, but some analysts don’t see it as a signal that both sides are readying a deal.

“The exemption could be seen as a gesture of sincerity towards the U.S. ahead of negotiations in October but is probably more a means of supporting the economy,” ING’s Greater China economist Iris Pang wrote in a note.

“There are still many uncertainties in the coming trade talks. An exemption list of just 16 items will not change China’s stance,” she said.

Indeed, the exempted list pales in comparison to over 5,000 types of U.S. products that are already subject to China’s additional tariffs. Moreover, major U.S. imports, such as soybeans and pork, are still subject to hefty additional duties, as China has ramped up imports from Brazil and other supplying countries.

Beijing has said it would work on exempting some U.S. products from tariffs if they are not easily substituted from elsewhere. The United States is by far China’s largest supplier of whey, which is an important ingredient in piglet feed and difficult to source in large volumes from elsewhere.

Analysts say that with its duties on soybeans and U.S.-made cars, China is taking aim at a key political support base of Trump, mainly the factories and farms across the Midwest and South at a time of receding momentum in the world’s top economy.

China has imposed several rounds of duties on U.S. goods in retaliation against U.S. Section 301 tariffs, beginning last year in July and August with a 25% levy on about $50 billion of U.S. imports.

In all, the United States and China have slapped tariffs on hundreds of billions of dollars worth of goods in a bitter trade war that has raised the specter of a global recession, with further tariffs slated to take effect in coming months.

The items on the two tariff exemption lists – posted on the ministry’s website – will not be subject to additional duties imposed by China on U.S. goods “as countermeasures to U.S. Section 301 measures,” the ministry said in its statement.

ING’s Pang noted the United States had also exempted imports of 110 Chinese products from tariffs in July, including high-value items such as medical equipment and parts.

Chinese Vice Premier Liu He, U.S. Trade Representative Robert Lighthizer and Treasury Secretary Steven Mnuchin are expected to meet in early October in the U.S. capital, but key officials are tamping down expectations for a major accord.

For two years, the Trump administration has sought to pressure China to make sweeping changes to its policies on intellectual property protection, forced transfers of technology to Chinese firms, industrial subsidies and market access.

Beijing and Washington were close to a deal last spring but U.S. officials said China backed away from an agreed text over a reluctance to change laws to address U.S. complaints. 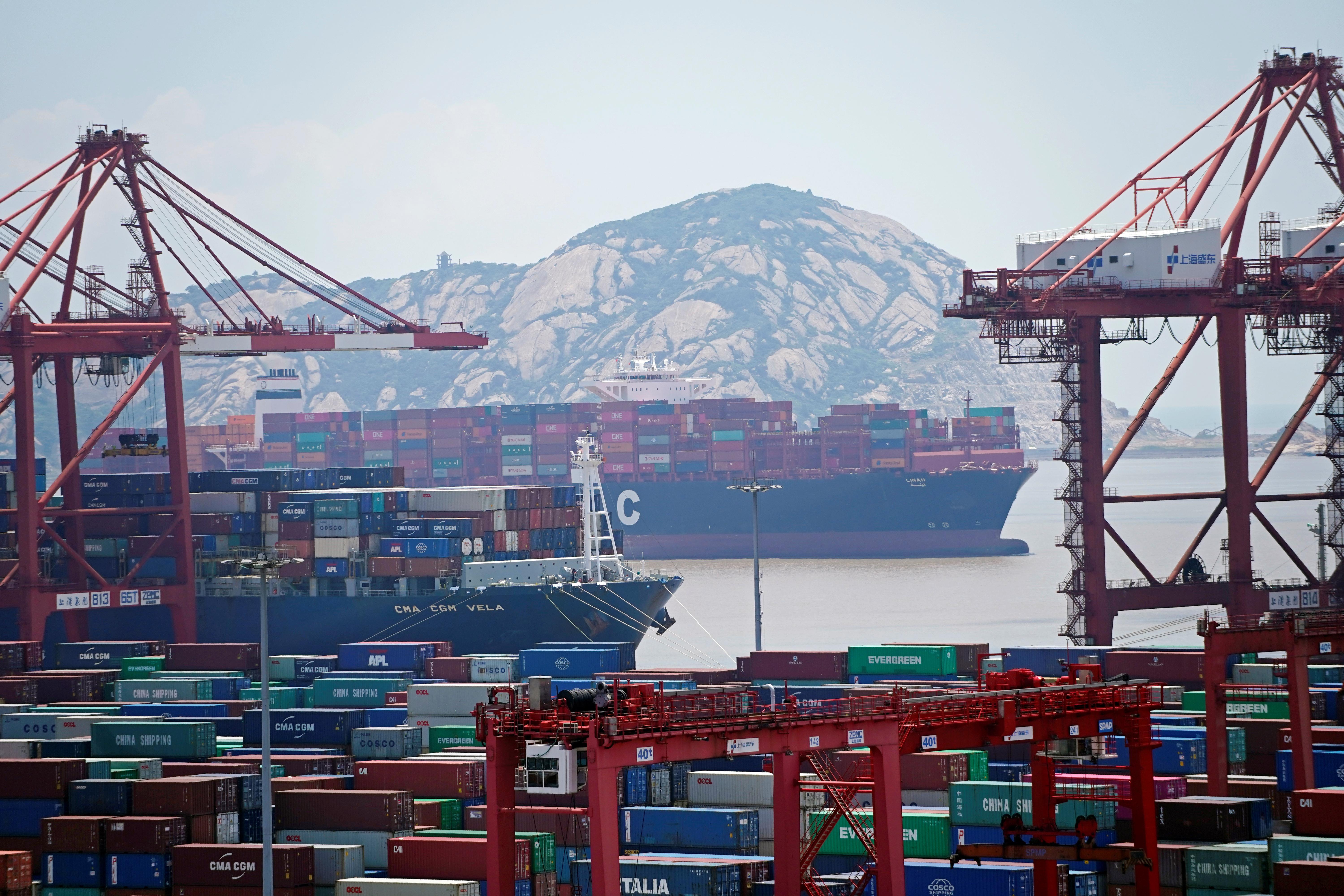 The South China Morning Post reported, citing an unidentified source, that China was expected to buy more agricultural products in hopes of a better trade deal with the United States.

Senior White House adviser Peter Navarro this week urged investors, businesses and the public to be patient about the trade dispute.

Earlier on Wednesday, a survey by a prominent American business association showed the trade dispute was souring the profit and investment outlook for U.S. companies operating in the world’s second-biggest economy.