BENGALURU (Reuters) – The recent truce in the U.S.-China trade war is not an economic turning point and has done nothing to reduce a significant risk that the United States could slip into recession in the next two years, a Reuters poll of economists found. 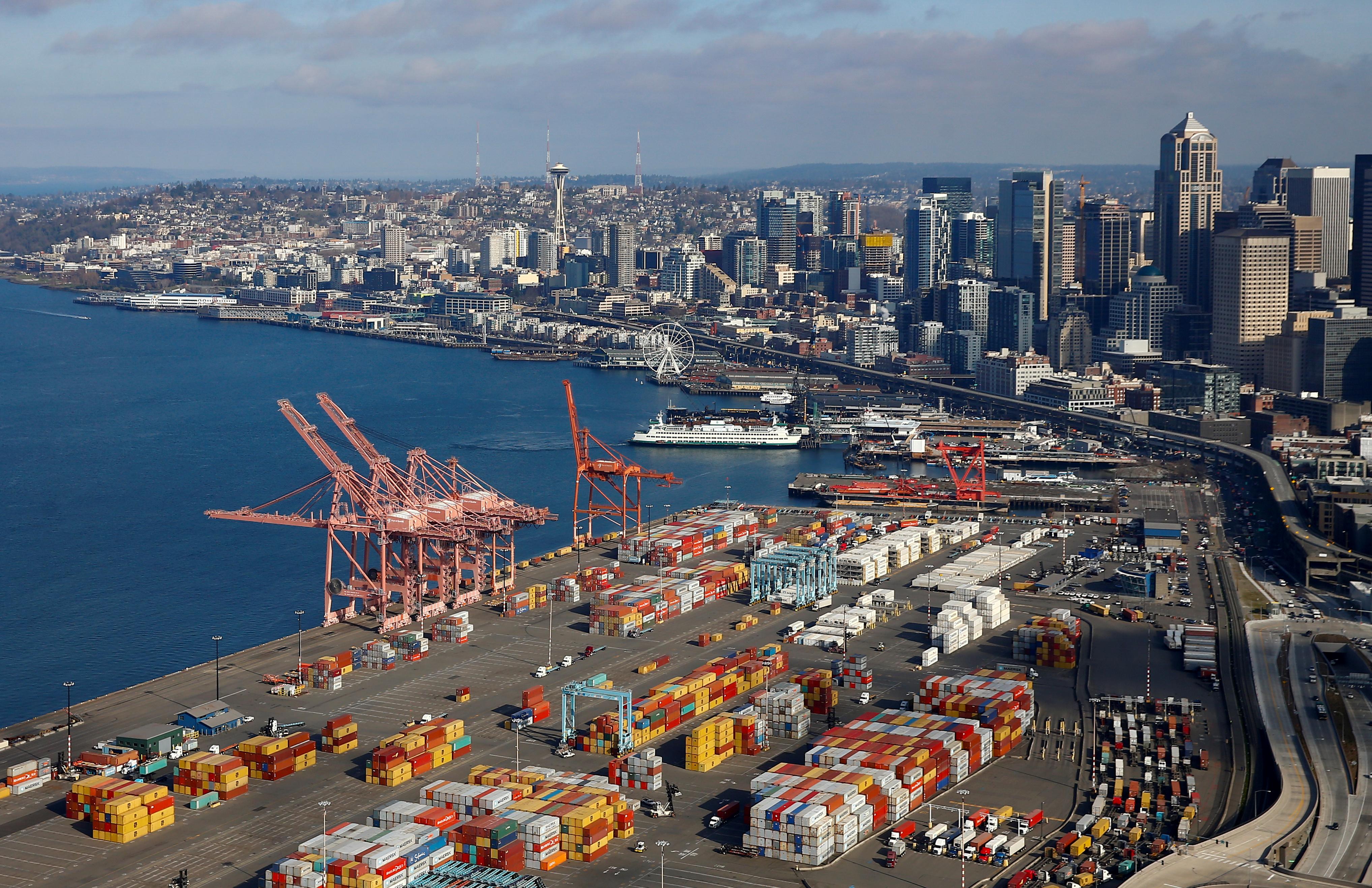 Collateral damage from the trade conflict between the world’s two largest economies has hit financial markets and forced most major central banks to cut interest rates this year.

The Oct. 18-23 Reuters poll of more than 100 economists found growth and inflation views for the coming year and beyond barely changed, despite a White House announcement about a “phase 1” deal with China and suspension of tariffs scheduled to kick in this month.

“U.S.-China trade negotiations over the past 18 months have been a classic case of ‘one step forward, several steps back’. Despite recent encouraging noise on trade talks, there are more tariffs in place than three months ago,” noted Ajay Rajadhyaksha, head of macro research at Barclays in New York.

“Our forecasts suggest that below-trend U.S. growth will persist for much of 2020. We still feel that the U.S. and the world economy will avoid recession in the coming months, but the U.S. will not be a global locomotive, as it was in 2018.”

The median probability of a U.S. recession in the next 12 months rose to 35% from 30% predicted a month ago – the highest percentage in this economic expansion. For the next two years, it held at a high 45%.

In response to an additional question, 75% of economists said the recent trade development between Washington and Beijing was not a turning point in easing uncertainty.

That conclusion was evident in the consensus for U.S. economic growth, which is expected to slow to 1.6%-1.7% on an annualized basis each quarter between now and end-2020, down from 2.0% last reported.

The range of growth forecasts for the second half of this year showed lower highs and lower lows, underscoring fears the U.S. economy is still losing momentum after a short sugar rush from aggressive tax cuts passed in late 2017.

A majority of economists, 27 of 45, also said U.S.-China trade relations would stay about the same between now and the end of next year. The others were evenly split between it getting better or worse.

“Encouraging, but we are mindful a successful resolution is still a long way away and the negotiations will continue to ebb and flow over the coming year,” said Sam Bullard, senior economist at Wells Fargo, referring to the latest U.S.-China trade developments.

Even with record low unemployment, the Federal Reserve was expected to cut rates at its Oct. 29-30 meeting, its third cut this year.

The Fed’s preferred gauge of inflation, the core personal consumption expenditure (PCE) price index, was expected to touch its target of 2% early next year and stay around that rate through end-2020 at least.

After lowering interest rates in July and September, the central bank was expected to cut again by 25 basis points next week, taking the fed funds rate to 1.50%-1.75%.

Those forecasts are in line with interest rate futures market pricing.

In addition to rate cuts, a few economists expect some form of fiscal stimulus next year.

We will use your email address only for sending you newsletters. Please see our Privacy Notice for details of your data protection rights. Scotland’s First…

China demand Monday that Washington withdraw export sanctions imposed on Chinese companies in the latest round of a worsening conflict over technology, security and human…

RAMALLAH, West Bank (Reuters) – Mosques, churches and businesses in the occupied West Bank will reopen on Tuesday in an easing of coronavirus restrictions, Palestinian…