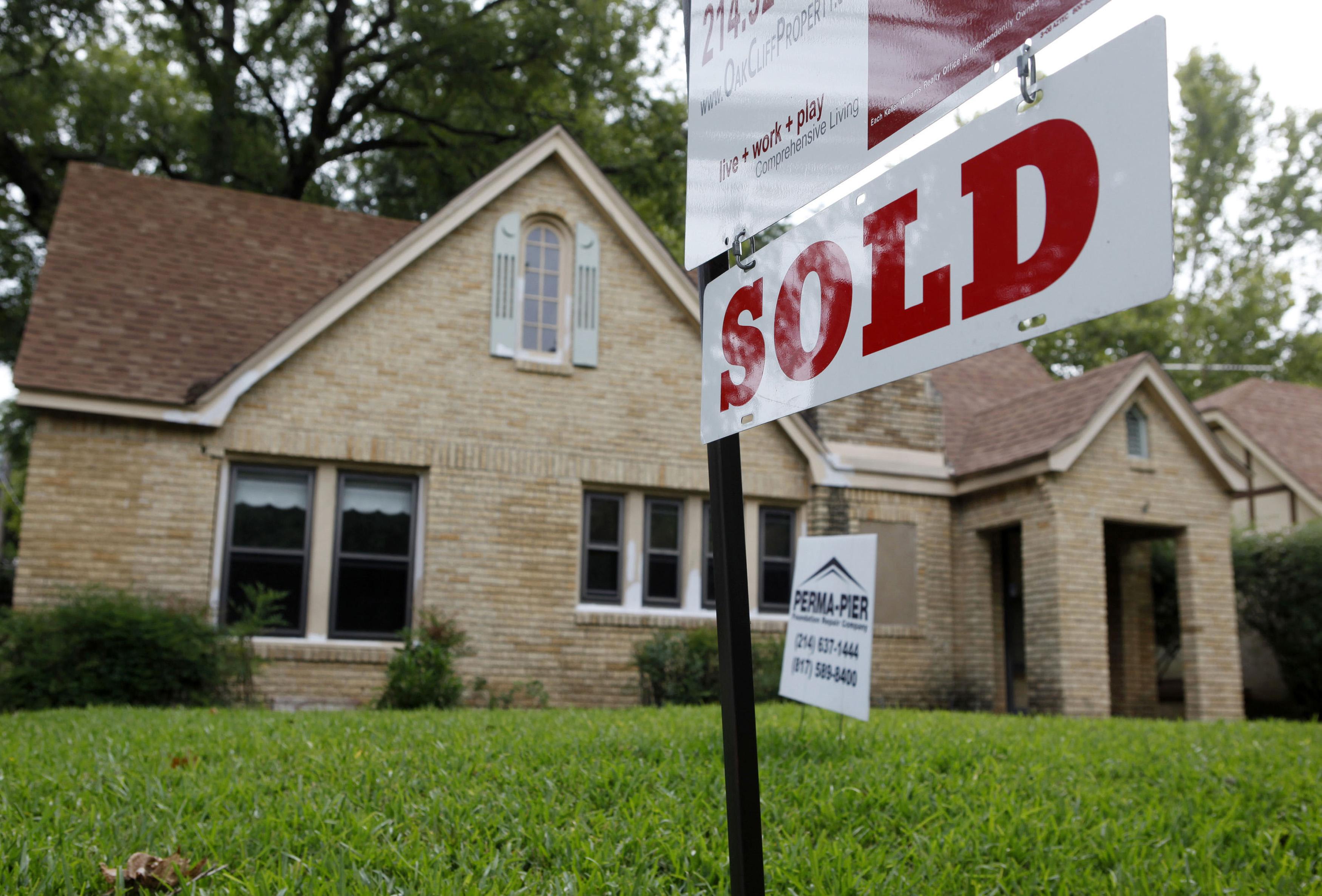 The weak report from the National Association of Realtors (NAR) on Tuesday was the latest indication of slowing economic growth. A survey last Friday showed consumer sentiment dropped in January to its lowest level since President Donald Trump was elected more than two years ago.

The NAR said existing home sales declined 6.4 percent to a seasonally adjusted annual rate of 4.99 million units last month. That was the lowest level since November 2015.

The housing market has been stymied by higher mortgage rates as well as land and labor shortages, which have led to tight inventory and more expensive homes.

But there are glimmers of hope. The 30-year fixed mortgage rate has dropped to a four-month low, with much of the moderation occurring in the second half of December, and house price inflation is slowing. The median existing house price increased 2.9 percent from a year ago to $253,600 in December. That was the smallest increase since February 2012.

Wage growth topped 3.2 percent in December, outpacing house price gains for the first time since February 2012, according to the NAR. While economists expect affordability to improve, they also caution that changes to the tax code in December 2017, which limited deductions for mortgage interest and property taxes, had reduced the appeal of homeownership.

Stocks on Wall Street were trading lower amid fears of slowing global economic growth after the International Monetary Fund trimmed its outlook. The dollar was little changed against a basket of currencies and U.S. Treasury prices rose.

A survey last week showed a rebound in homebuilders’ confidence in January amid hope that the moderation in mortgage rates “will help the housing market continue to grow at a modest clip as we enter the new year.”

A month-long partial shutdown of the federal government, which has delayed data from the Commerce Department is, however, obscuring the economic picture.

The shutdown started on Dec. 22 as Trump demanded that Congress give him $5.7 billion this year to help build a wall on the country’s border with Mexico.

It has affected the Commerce Department, leading to the suspension of the publication of data compiled by its Bureau of Economic Analysis and Census Bureau, including new home sales, housing starts and building permits.

Data released before the shutdown had pointed to persistent weakness in the housing market, with economists estimating that housing would again be a drag on gross domestic product in the fourth quarter. Residential construction has subtracted from GDP growth since the first quarter of 2018.

Economists estimate that the impasse over the border wall was cutting off at least two-tenths of a percentage point from quarterly GDP growth a week. The Realtors group said the longest government shutdown in the country’s history had so far not had an impact on home sales, but warned this could change.

Last month, existing home sales fell in all four regions. There were 1.55 million previously owned homes on the market in December, down from 1.74 million in November, but up from 1.46 million a year ago.

At December’s sales pace, it would take 3.7 months to exhaust the current inventory, down from 3.9 in November and up from 3.2 a year ago. A six-to-seven-months supply is viewed as a healthy balance between supply and demand.

“Going forward, we expect softer home prices to support existing home sales, but not by enough to offset the downtrend,” said Roiana Reid, an economist at Berenberg Capital Markets in New York. “The only sustainable and viable solution in our view is more construction, especially of lower-priced homes.”