WASHINGTON (Reuters) – U.S. homebuilding dropped to a near two-year low in March, pulled down by persistent weakness in the single-family unit segment, suggesting the housing market continued to struggle despite falling mortgage rates. 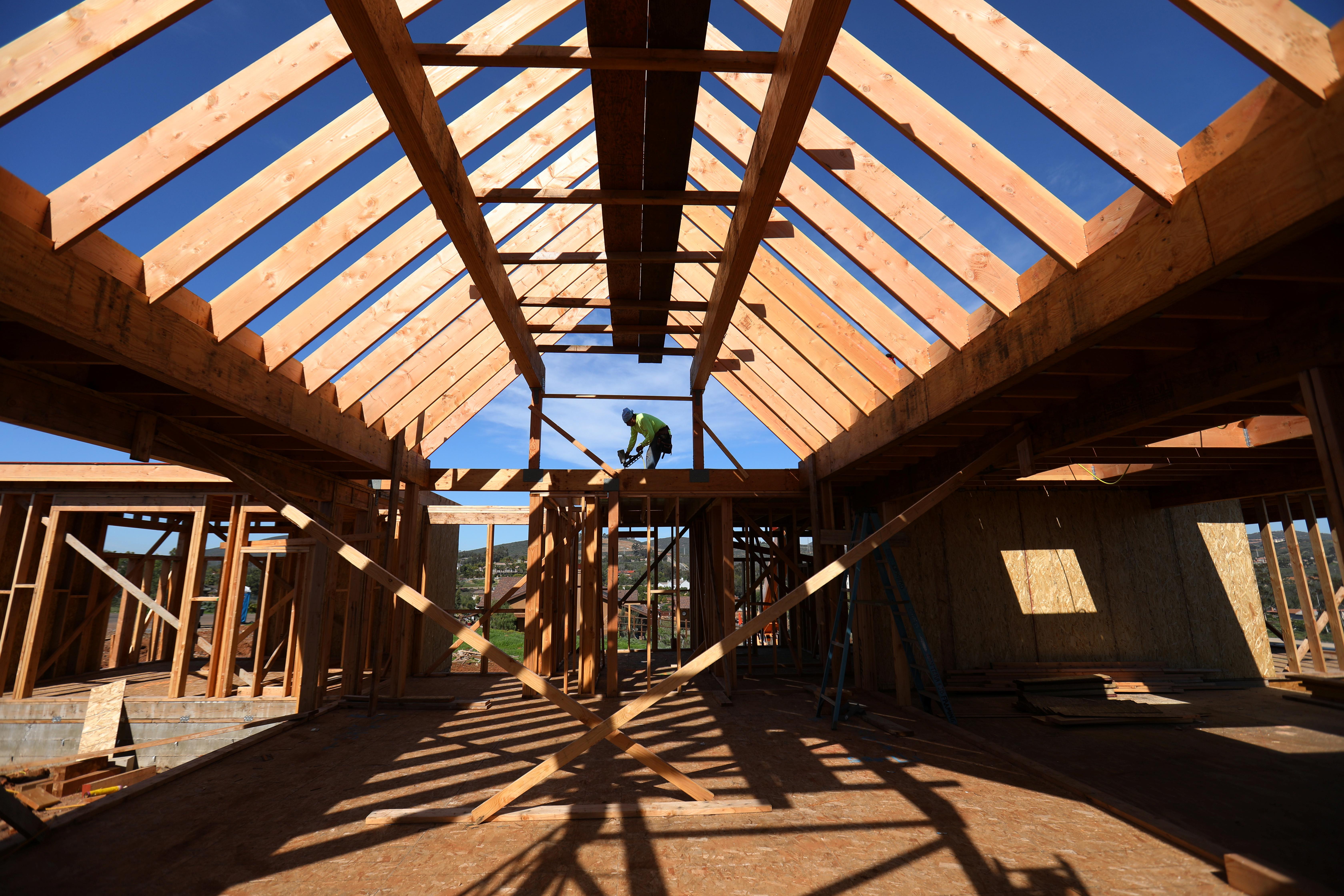 The second straight monthly decline in homebuilding reported by the Commerce Department on Friday probably reflected in part massive flooding in the Midwest, with housing starts in the region plunging to levels last seen in early 2015.

The weak report bucked a recent tide of upbeat data, including retail sales, trade and construction spending, that indicated the economy regained speed late in the first quarter after appearing to stumble at the turn of the year.

“Waiting for construction activity to pick up after a sharp drop in mortgage rates is like waiting for Godot,” said Chris Rupkey, chief economist at MUFG in New York. “It is hard to know what is ailing the home construction industry.”

Housing starts fell 0.3 percent to a seasonally adjusted annual rate of 1.139 million units last month, the lowest level since May 2017. Data for February was revised down to show homebuilding tumbling to a pace of 1.142 million units instead of the previously reported 1.162 million-unit rate.

Housing starts in the Midwest, which was devastated by floods during the month, dropped 17.6 percent. Homebuilding also fell in the Northeast and South, but surged in the West.

Economists polled by Reuters had forecast housing starts increasing to a pace of 1.230 million units in March. The dollar was trading lower against a basket of currencies. U.S. stock and bond markets were closed for the Good Friday holiday.

A sharp pickup in home construction appears unlikely. Building permits fell 1.7 percent to a rate of 1.269 million units in March, the lowest in five months. It was the third straight monthly decrease in permits.

The prolonged weakness in homebuilding is likely the result of land and labor shortages, as well as expensive building materials. A survey on Tuesday showed that though builders reported strong demand for new homes, they continued to highlight “affordability concerns stemming from a chronic shortage of construction workers and buildable lots.”

These factors are constraining builders’ ability to construct homes in the lower price segment of the market, which continues to experience a shortage of homes for sale. The housing market hit a soft patch last year, with investment in homebuilding contracting 0.3 percent, the weakest performance since 2010.

Despite the weakness in homebuilding, the fundamentals for the housing market are improving. The 30-year fixed mortgage rate has dropped from a peak of about 4.94 percent in November to around 4.12 percent, according to data from mortgage finance agency Freddie Mac. Wage growth is also strengthening.

While housing continues to be soft, the other segments of the economy have rebounded from earlier weakness. Retail sales surged in March and trade, inventory and construction spending data have also been bullish, leading economists to upgrade their gross domestic product growth estimates for the first quarter.

Growth forecasts for the January-March quarter have been raised to as high as a 2.9 percent annualized rate. They were at one point as low as a 0.3 percent rate following a batch of weak economic reports at the turn of the year. The economy grew at a 2.2 percent pace in the fourth quarter.

Single-family homebuilding, which accounts for the largest share of the housing market, dropped 0.4 percent to a rate of 785,000 units in March, the lowest level since September 2016.

Permits to build single-family homes dropped 1.1 percent to a rate of 808,000 units in March, the lowest since August 2017. It was the fourth straight monthly decrease in single-family permits.

Starts for the volatile multi-family housing segment were unchanged at a rate of 354,00 units in March. Permits for the construction of multi-family homes dropped 2.7 percent to a pace of 461,00 units last month.