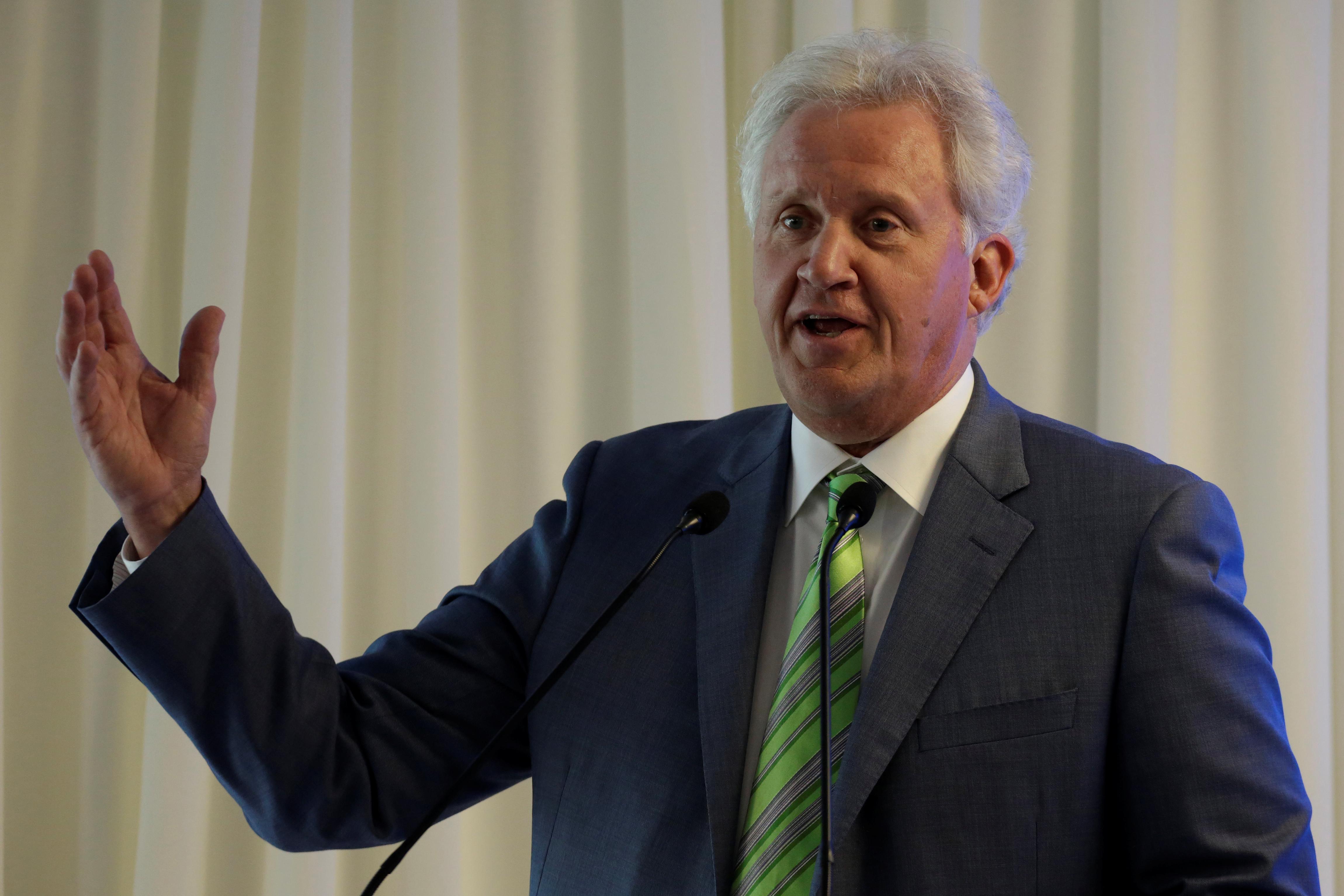 Athenahealth, whose cloud-based service is used to track revenue from patients, physicians and hospitals, had been under pressure to sell itself from Elliott, which has about a 9 percent stake in the company. As part of a restructuring effort this year, it has cut jobs and hired former General Electric Co (GE.N) Chief Executive Jeff Immelt as chairman.

The acquisition, which values Athenahealth at around $135 per share, will be announced on Monday, the sources said, asking not to be identified ahead of any official statement. Athnahealth shares ended trading on Friday at $120.35.

Athenahealth, Elliott and Veritas Capital did not immediately respond to requests for comment.

The deal comes just a few months after the departure of CEO Jonathan Bush last June. Bush, a nephew of former U.S. President George H.W. Bush, founded Athenahealth in 1997. He stepped down after issuing an apology following a newspaper report alleging he had assaulted his former wife 14 years earlier.

Elliott first made an unsolicited bid for Athenahealth in May of $160 per share. Since then, it has been in talks with various private equity firms about trying to buy the company, sources have said.

While activist investors such as Carl Icahn have acquired companies before, New York-based Elliott, with assets of more than $35 billion, is one of the few hedge funds with a dedicated team chasing buyouts.

A deal for Watertown, Massachusetts-based Athenahealth represents the largest deal to date for Elliott’s private equity arm, which is called Evergreen. It is based in Menlo Park, California, and it is spearheaded by partner Jesse Cohn.

In its third-quarter results reported last Friday, Athenahealth said its revenue under its previous accounting standards was $331.4 million, an increase of 9 percent compared to the same period last year. Its net income over the three months that ended Sept. 30, 2018 was $44.5 million, or $1.08 per diluted share.

Meghan and Harry: Expert on ‘dramatic’ drop in US popularity We use your sign-up to provide content in ways you’ve consented to and to improve…

After a rather disappointing summer, Brits will get the chance to enjoy a final mini heatwave in September. Sun-starved Londoners will melt in three sweltering…

National Party leader Judith Collins says she is happy to talk to the media, as long as she gets to discuss “important issues”. Collins pulled…

National Party leader Judith Collins says she is happy to talk to the media, as long as she gets to discuss “important issues”. Collins pulled…