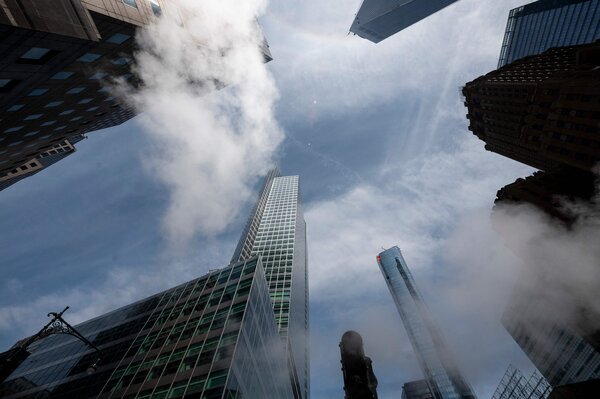 What a difference a year makes.

Last year, as the pandemic raged across the country, banks set aside billions of dollars to cushion themselves from an expected trail of economic devastation that they anticipated would bring job losses and an inability for borrowers to pay their debts from credit cards, mortgages and car loans.

But the American consumer proved to be surprisingly resilient, the country’s biggest banks said on Wednesday as they released big chunks of those cash provisions and surveyed the start to a year that has been marked by strong trading activity, improved consumer performance and a flurry of corporate deal-making.

Citing the vast government support for the economy, JPMorgan Chase’s chief executive, Jamie Dimon, suggested that the economy was on the verge of a boom. “We believe that the economy has the potential to have extremely robust, multi-year growth,” he said in a statement, attributing his bullishness to government spending on stimulus and infrastructure, supportive policies from the Federal Reserve and high hopes for the end of the pandemic. His bank, the biggest in the United States by assets, reported a fivefold rise in profit to $14.3 billion from $2.9 billion during the same period last year.

That surge was strengthened by the release of $5.2 billion in cash reserves, but also by gains in the bank’s business lines, where investment banking revenue rose 65 percent. Money-management services and trading activities also posted double-digit percentage rises.

Goldman Sachs and Wells Fargo also reported strong first-quarter results, thanks to some of the same dynamics. Goldman — a dominant player in banking and markets and a small player in consumer banking — reported a record profit of $6.8 billion, up from $1.2 billion in the same period last year, and a doubling of revenue to $17.7 billion from $8.7 billion. Those gains were attributed to strong gains in banking, markets and money management, along with other factors.

Wells Fargo earned $4.7 billion — up from $653 million a year ago — on stronger-than-expected revenue of $18.1 billion. The results “reflected an improving U.S. economy,” but low interest rates and sluggish demand for loans were a “headwind,” said Charlie Scharf, the bank’s chief executive. Earnings were up 19 percent to $2.2 billion. Home lending was also a bright spot for the bank.

Growing confidence in the economy led Wells to reduce its reserves for loan losses by $1.6 billion, and charge-offs ($523 million, down 44 percent from last year) fell to what the bank said was a historic low. The bank remains under a restriction from the Federal Reserve that limits its growth. Its efforts to improve its governance and appease regulators “is a multiyear effort and there is still much to do, but I am confident we are making progress, though it is not always a straight line,” Mr. Scharf said.

The company’s efforts to simplify its business have involved existing several markets. In the first quarter, it gained $208 million by selling its student loan portfolio.