NEW YORK (Reuters) – Wall Street extended its gains on Wednesday as investor optimism was stoked over hopes that the United States and China could iron out a trade deal, and tame inflation data suggested the Fed would hold interest rates steady in the near term. 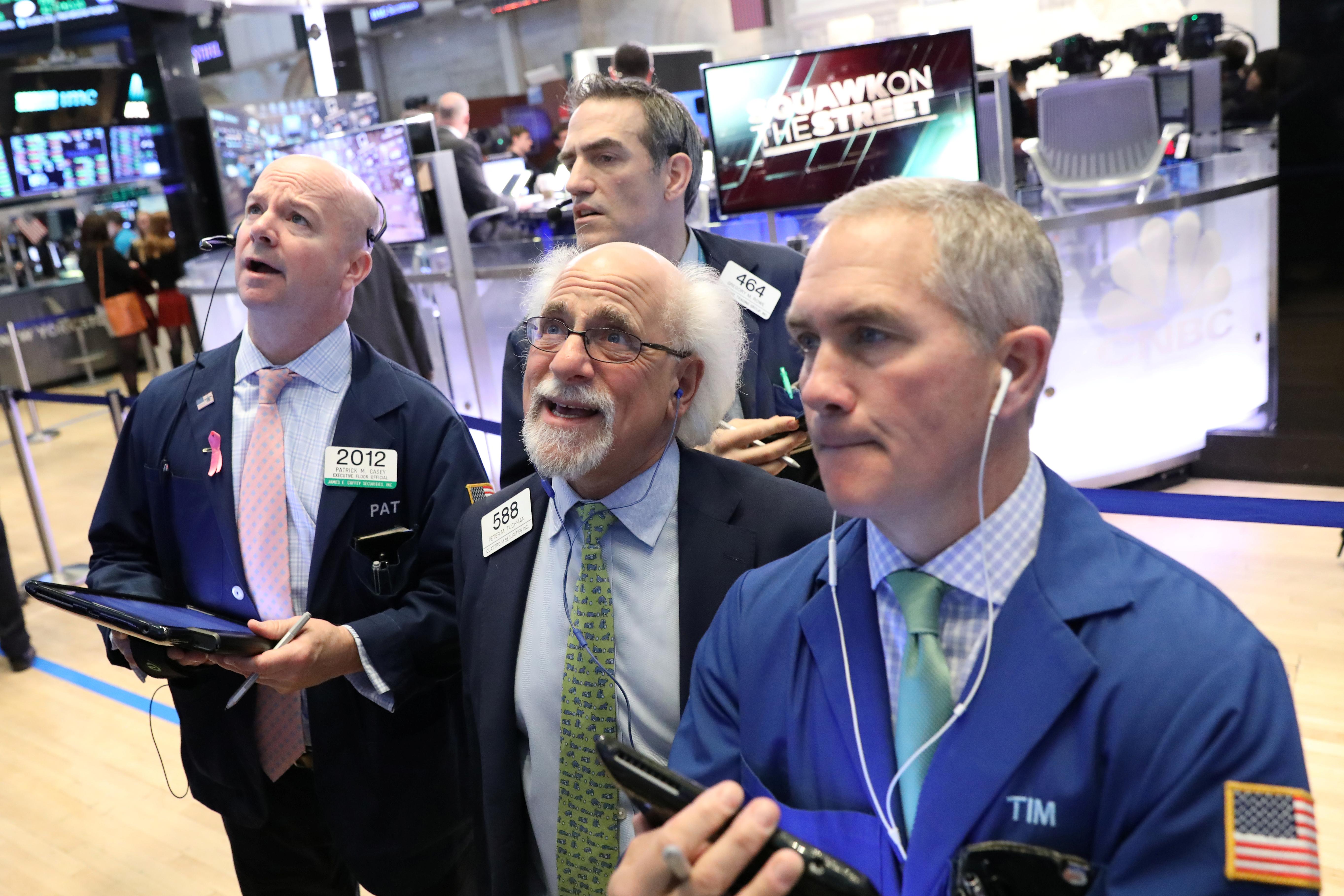 All three major U.S. stock indexes were up, and the S&P 500 held above its 200-day moving average, a key technical level.

In Beijing, U.S. Treasury Secretary Steven Mnuchin said “so far, so good,” regarding ongoing talks aimed at resolving the U.S.-China trade dispute, adding that he hoped for “productive” meetings in the days ahead.

“The market is ahead of itself until we get a deal with China,” said Matthew Keator, partner in the Keator Group, a wealth management firm in Lenox, Massachusetts. “It seems to be a bit of a moving target, but it seems both sides are willing to construct a deal.”

The U.S. Labor Department reported that consumer prices were unchanged for the third consecutive month in January, and increased at their slowest annual pace in more than 1-1/2 years in a sign that the Federal Reserve could let interest rates stand for a while.

Fourth-quarter earnings season approaches the finish line, with more than two-thirds of S&P 500 having reported.

While analysts now see fourth-quarter earnings growth of 16.6 percent, the outlook for the current quarter is less auspicious.

Fourth-quarter profit is projected to fall 0.3 percent from a year ago, marking the first loss since the earnings recession that ended in 2016, according to Refinitiv data.

“Volatility in the fourth quarter was a precursor to what we’re seeing now,” said Keator. “Companies are resetting expectations going forward.”

Of the 11 major sectors in the S&P 500, all but utilities were in positive territory.

Energy companies were among the biggest percentage gain as oil prices saw their largest increase since late January.

Groupon Inc sank 12.1 percent, among the biggest losers on the Nasdaq as reduced traffic led to a fourth-quarter profit miss.

General Electric Co advanced 3.1 percent following news that the conglomerate booked the most orders for electricity-generating gas turbines in 2018. Cisco Systems’ stock was down 0.8 percent ahead of its earnings release, expected after the bell.

Advancing issues outnumbered declining ones on the NYSE by a 1.80-to-1 ratio; on Nasdaq, a 1.40-to-1 ratio favored advancers.