TOKYO (Reuters) – Wall Street stock futures and Asian shares dropped on Wednesday as early results of the U.S. midterm elections started to trickle in, with investors bracing for the Republicans to lose their grip on Congress. 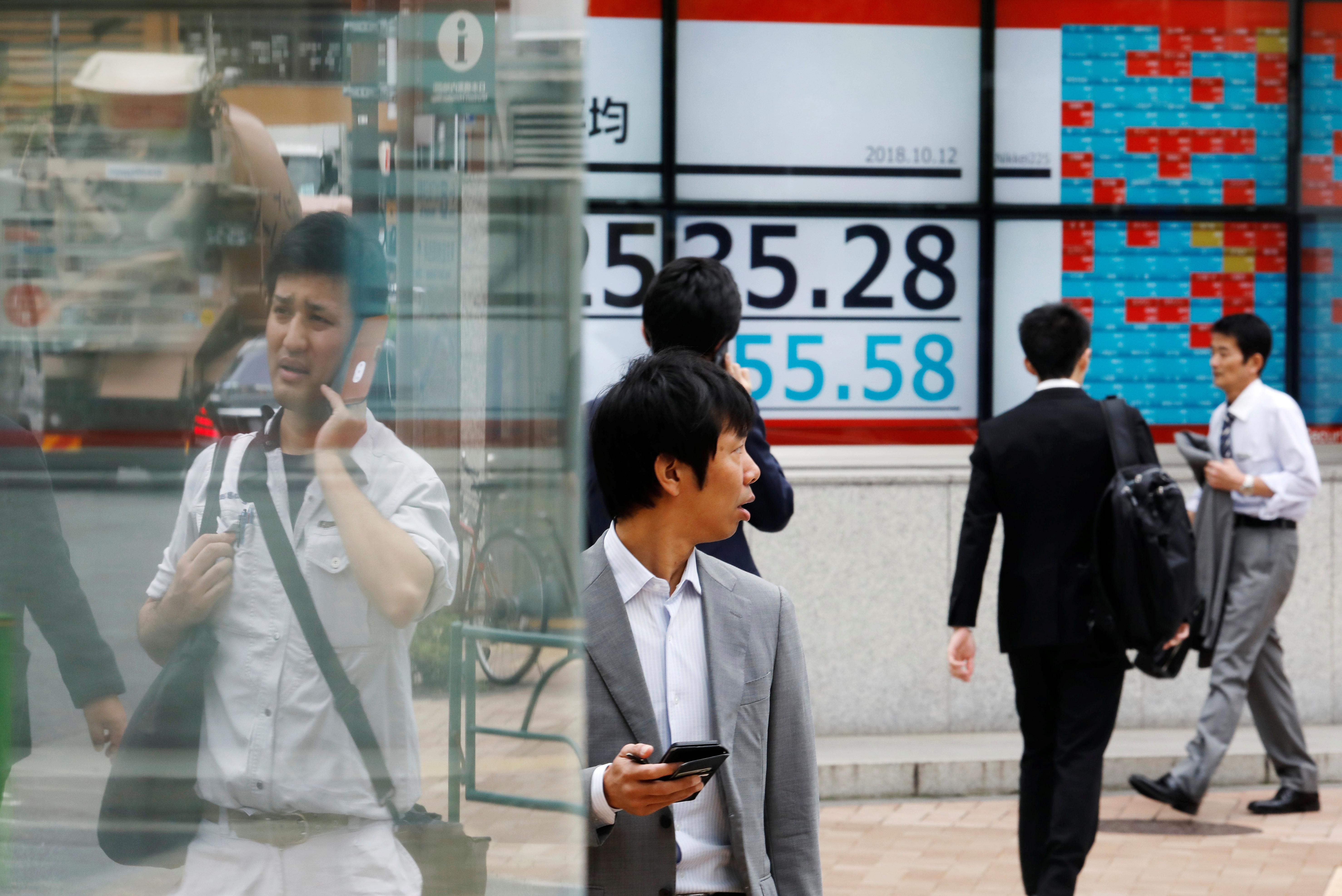 U.S. S&P500 futures dropped 0.4 percent as Democrats are seen as likely to pick up a few closely-contested seats on the East Coast in the congressional elections, which is billed as a referendum on President Donald Trump’s polarizing style and “America First” policies. The initial results also weighed on the dollar.

Voter turnout in national elections, normally lower when the presidency is not at stake, could be the highest for a midterm election in 50 years.

The opposition Democrats are favored by election forecasters to pick up the 23 seats they need to gain a majority in the House, but have slimmer chances of gaining control of the Senate, opinion polls show.

“We, like many other market players, expect Democrats to take the House and to have a split Congress. That should mean Trump won’t be able to push for further tax cuts and could lead to a risk-off mood in markets,” said Masahiro Ichikawa, senior strategist at Sumitomo Mitsui Asset Management.

“But that is probably already factored in, so I would think any additional selling in stocks would be limited,” he said.

Many investors also expect Trump to continue to take a hard line on tariffs, which he can impose without Congressional approval. That keeps alive worries about a trade war between China and the United States.

Trump’s massive tax cut, enacted in December, and a spending agreement reached in February have helped lift the U.S. economy, but they have also widened U.S. federal budget deficit.

As a result, Treasury supply has been growing, pushing U.S. bond yields higher.

The 10-year U.S. Treasuries yield stood at 3.195 percent, near its seven-year high of 3.261 percent touched a month ago, as investors sold ahead of this week’s record amounts of longer-dated government debt supply.

Oil prices were soft after a 2 percent fall the previous day, with U.S. crude futures hitting an eight-month low as Washington granted sanction waivers to top buyers of Iranian oil and as Iran said it has so far been able to sell as much oil as it needs to.

The dollar slipped broadly on concerns about Republicans defeat in the House.

The British pound gained 0.2 percent to $1.3126, a three-week high, extending gains on hopes of a Brexit deal breakthrough after Brexit Secretary Dominic Raab said “Thumbs Up” on his way out of a cabinet meeting.

That helped sterling recover losses following remarks from a senior member of the Northern Irish Democratic Unionist Party earlier that it looked like Britain would exit the EU without a deal.