In a factory somewhere on the outskirts of Birmingham sits a machine which tells you rather a lot about the UK economy and where it’s heading.

This machine, made by Japanese company Yamada, is cutting and pressing tiny pieces of metal from a sheet of copper alloy being fed into it.

Brandauer, the company whose factory we’re in, makes small, precision cut and pressed metal components. Having started life a century-and-a-half ago as a manufacturer of pen nibs, these days they make parts that go into everything from plumbing tubes to electric car motors. If you have a face mask there is a good chance the metal bit that fits over the bridge of your nose was made by Brandauer.

But this machine, the one we’re talking about, is making something else: a tiny electrode small enough to balance on your fingernail. After it’s pressed, plated and finished here, the electrode will be shipped to another company in another country who make rear view mirrors for cars, where it will become part of the circuitry that helps the mirror to dim automatically when there’s a sudden glare. Brandauer’s electrodes are in 55% of all cars being sold right now, so next time you’re driving and someone behind you flashes their headlights, you have Brandauer and this electrode to thank.

And part of the explanation for why this company is able to supply so many of these little parts – one tiny cog in a vast automotive supply chain which takes in pistons, seatbelts, engines and, notoriously right now, semiconductors – comes back to that machine. Thanks to this press, Brandauer can turn out a whopping 300 million of the electrodes every year, which is just as well because it turns out people are buying a lot of cars right now.

The machine costs £230,000, and up until recently the company had been trialling it but wasn’t sure whether to buy it. Then came the Budget in March. Rishi Sunak announced a host of new policies, including an extension to stamp duty holidays, an increase in corporation tax from 19% to 25% and new policy called the “super deduction”.

To understand the significance of this policy (and given it was comfortably the biggest giveaway of this year’s Budget, it’s certainly significant) it’s worth thinking through how it works. Here’s a very simplified example.

Imagine you’re a hairdresser and your current scissors have become so blunt they’re impeding your ability to cut hair. So you invest £100 in some snazzy new scissors. These scissors are so sharp you reckon they should help you generate £105 in income within a few years. Under the existing rules, you can write off that cost against your tax bill. Since 19% of 100 is £19, then in effect the scissors really cost you £81. 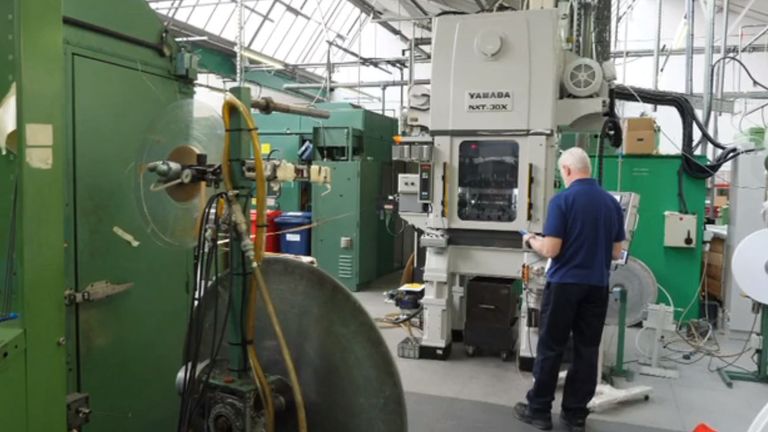 The point being that companies have a massive incentive to invest in the coming years, since they are being – kind of – paid to do so. And on face value this really does look like, as Rishi Sunak put it in the Commons when unveiling the policy, “bold, unprecedented action to get companies investing”.

And that machine in the factory might well prove the chancellor right. According to Rowan Crozier, chief executive of Brandauer, the upshot of the super deduction is that the company gets an extra £70,000 it can use to write off future tax payments. So it bought the machine and hopes it can contribute to bumper profits in the coming year.

The upshot of the super deduction is that many economists expect the strongest growth in business investment this year in a decade and a half. And this leap in spending is part of the explanation for why many experts think the wider economy – gross domestic product – will expand at the fastest rate since comparable records began just after World War Two.

In practice, the best comparison might be 1927, when the economy grew by an estimated (this was before the invention of GDP data) 7-8%, which was in part a bounce-back because growth was suppressed by the General Strike the previous year (and in economic terms a widespread industrial shutdown is not all that dissimilar, when you think about it, to a nationwide lockdown). The super deduction is the dynamo at the heart of this economic rebound.

All of which is why it’s worth pondering a question.

When the chancellor unveiled the policy it was cast as being a bold measure designed to get companies investing. And for many companies that does indeed seem to be happening. Brandauer might not have bought that machine were it not incentivised by this tax policy.

But here’s the thing. Delve deeper down into the detail of how the super deduction works and suddenly it doesn’t look quite as bold, innovative and exciting as the chancellor was making out. To see why, consider those numbers we talked about above. Imagine you’re buying those £100 scissors. Now recall that the chancellor has announced he’s raising corporation tax from 19% to 25% in a couple of years. Think about what this means for your deductions. 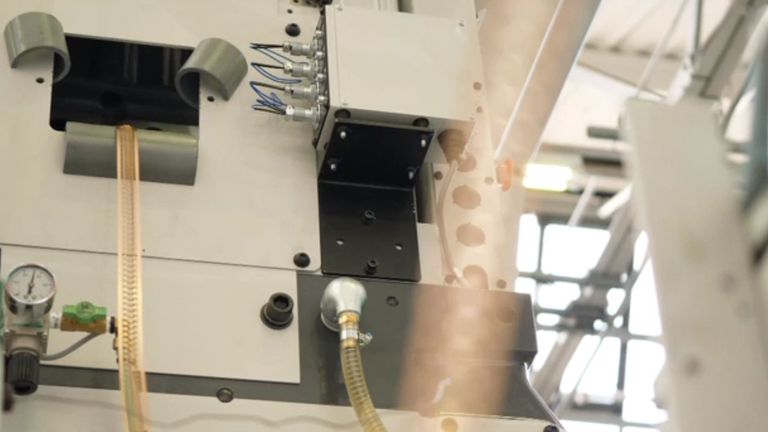 You’re buying the scissors today for £100 and getting 19% off them in a tax write-off (so, £81 cost to you). You still expect to make £105 from all those snazzy haircuts you’re using them for. But if corporation tax then goes up, you’ll be charged 25% in tax on that. So that equals £78.75 in post-tax income. Think about it: you’re making a loss on your investment, because you’re putting in £81 of your money for a post-tax return that comes out lower.

In other words, the very nature of the corporation tax rise is to discourage investment. So if you’re a clever pointy-head in the Treasury trying to ensure that doesn’t happen, what do you do? Well, you introduce a tax incentive to keep people investing. In other words a bigger than 100% deduction. And it turns out the size of deduction you’d need to cancel out the disincentive is, guess what, 130%.

As Stuart Adam of the Institute for Fiscal Studies says: “It looks like the size of the super-deduction has been chosen precisely to offset the effect of the corporation tax rate rise. The tax rate is going up by 30%, it is going to be 130% of what it is. And so by giving a super deduction of 130% of investment. It turns out that those two effects offset each other almost exactly.”

Now, none of this is to dispute the fact that the super deduction is certainly causing a big boost to investment. But it does imply that far from being a stimulus measure, the net result of this policy is simply to shift a lot of investment that might have happened a few years from now into this and next year.

Even so, there’s an argument that the sooner investment happens, the sooner it will start paying off. So the super deduction might well cause a net boost in economic activity. It’s just not quite the bold wheeze the chancellor implied in his speech.