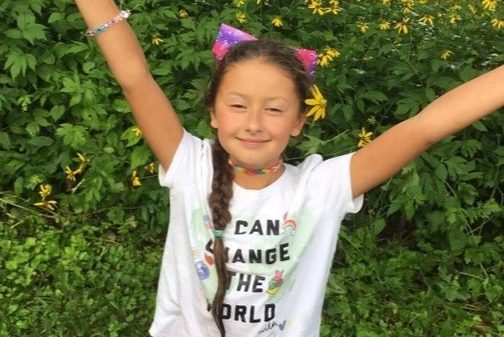 The mother and stepfather of an 11-year-old girl have been arrested for not reporting her disappearance for three weeks.

Madalina Cojocari was last seen at her home in Cornelius, North Carolina, on the evening of November 23, said police. But her mom and stepdad did not tell a school resource officer at Bailey Middle School that the sixth grader had vanished until last Thursday.

Police began searching for Madalina the same day and the FBI and State Bureau of Investigation have joined in the effort.

Her mother, Diana Cojocari, 37, and stepfather Christopher Palmiter, 60, were taken into custody on Saturday. They have each been charged with a count of failure to report a child’s disappearance to law enforcement.

The couple are being held at the Mecklenburg County Detention Center, records show.

Meanwhile, search efforts for Madalina expanded to include Lake Cornelius which is near the family’s residence.

‘We are conducting additional land and water searches as a precautionary measure,’ police said.

Scouring the lake is a ‘precautionary measure’ that is ‘part of the normal investigative process’, the FBI’s Charlotte office stated.

Investigators dug in the family’s backyard and were seen searching the home, WCCB reported. It was not immediately clear if they found clues or evidence of where Madalina might be.

Madalina was last spotted wearing jeans, a white T-shirt and jacket and Adidas shoes that were white, pink and purple. She was described as 4-foot-10-inches and weighing 90 pounds. An image of her for the public to identify has her wearing a short that says, ‘I can change the world with love’. Madalina reportedly loved horses.

Anyone with information is urged to contact the Cornelius Police Department.

Cornelius is about 20 miles north of Charlotte. Lake Cornelius is located opposite of Lake Norman in an isolated area east of Interstate 77.