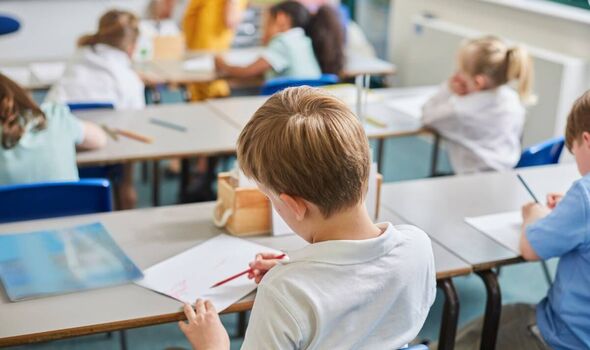 The policy calls for primary school pupils to be praised and “affirmed” if they want to identify as transgender. But a petition signed by 15,000 Christians wants the “Valuing All God’s Children” guidelines banned.

The document provides policies on how to respond to alleged “homophobic, biphobic and transphobic bullying” to 4,700 primaries. Nigel and Sally Rowe claim an Isle of Wight

CofE school used it to tell them and their six-year-old son they would be “transphobic” if they did not “believe in transgender affirming policies”.

In September, the Rowes forced a review of schools trans guidance after suing the Department for Education.

Mr Rowe said: “The Church must urgently recognise the significant concerns so many parents have about the dangers of trans ideology in schools.”

Synod and the Rowes handed a petition in to Lambeth Palace, London.

Fellow protester Rebecca Hunt said it was being used “to bully faithful Christians into silence when they seek to question gender identity ideology”.

A Church spokesperson said it would engage with a Government consultation and would “continue to offer schools clear guidance on how to ensure all children are treated with the dignity they deserve”.