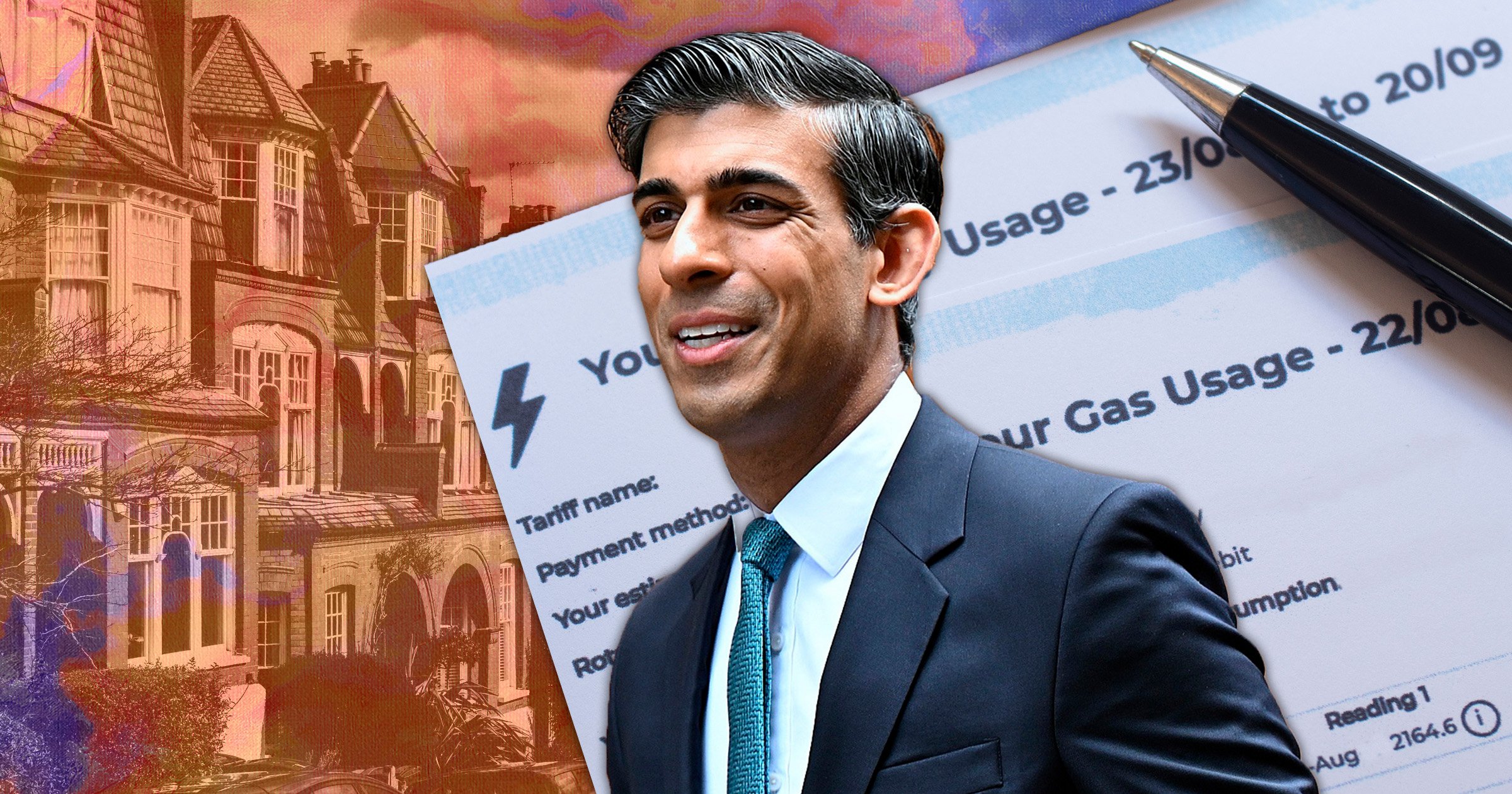 Rishi Sunak is drawing up plans to increase the warm home discount before cutting taxes amid growing political pressure to step in and tackle the cost of living crisis, reports suggest.

Conservative MPs are urging the Chancellor to ease the squeeze on households struggling to keep up with rising prices, soaring energy bills and tax hikes.

The financial pain is set to be laid bare this morning when inflation is expected to have risen by as much as 9.1% in the year to April, the highest one-year increase in consumer prices since records began in 1989.

Mr Sunak and his Treasury ministers have suggested new measures to help ease cost of living pressures are being developed but will not be introduced imminently.

The Chancellor is said to be considering a two-pronged approach, with a package to help households manage their energy bills in the summer followed by general tax cuts late this year.

The warm home discount will see three million of the poorest households in England and Wales get £150 off their bills.

According to The Times, Treasury officials are also considering plans to introduce a one-off increase of £300, £500 or possibly £600 to help families cope with surging energy prices.

The newspaper reports that the warm home top-up, slated to cost upwards of £1 billion, would be directly funded by the government rather than levied on energy bills as they are currently.

Mr Sunak is said to favour the approach partly due to the reduced risk of it becoming permanent compared with a significant rise in benefits.

He is also considering whether to then bring forward a reduction in income tax by 1p in the pound from 20p to 19p, i news reports.

The cut is currently scheduled to take effect in April 2024, but Treasury insiders are said to have confirmed Mr Sunak is contemplating bringing it forward a year to be announced in the autumn Budget.

Mr Sunak is facing increasing pressure from Tory MPs and cabinet ministers to do more to help ease the financial burden.

He told the Commons on Tuesday that no ‘honest Chancellor’ could promise to reduce the entire impact of global inflation on households.

That came after Andrew Bailey, the governor of the Bank of England, warned households could witness an ‘apocalyptic’ shock from rampant food inflation.

How to keep energy costs down as temperatures rise

We’ve all looked forward to summer but the cost of living crisis means higher temperatures and the prospect of heatwaves brings with them the worry of new pressures on energy bills.

As temperatures rise, here are tips on how to keep homes cool and comfortable and energy costs at a minimum.

Houses do a good job of retaining heat from the sun, so now is a good time to make sure that central heating is turned completely off.

While you’re there, turn down the hot water thermostat to drop the maximum temperature of showers and baths.

Forget about your tumble dryer

Tumble dryers are massive energy drains, so on warm days hang clothes outside to dry instead.

Defrost your fridge and freezer

Remember to regularly defrost your fridge and freezer as the more they ice up, the more energy they will use.

A full freezer is more economical to run

With a full freezer, the cold air doesn’t need to circulate as much, so less power is needed. If you have lots of free space, half-fill plastic bottles with water and use these to fill gaps. BBC Good Food suggests you fill the freezer with everyday items you are bound to use, such as sliced bread, milk or frozen peas.

Keep windows closed in a heatwave

The obvious thing to do when homes warm up is to open all the windows. However, this can make matters worse as it allows more hot air to enter.

It’s best to use blinds and curtains to block direct sunlight during the day and then open the windows at night when temperatures drop. This allows for colder air to enter and spread throughout the house, helping you to save energy by reducing the need for power-hungry fans.

Use fans sparingly and wisely

Fans, even when used on cooling settings, will send bills soaring. While you shouldn’t stop using them when necessary, there are ways of maximising their effect and cutting the time they are switched on.

Putting fans at floor level helps to circulate the lower cold air rather than the warmer air that naturally rises in a room. You can also create the ideal combination for energy saving by pairing smart fan usage with closed windows, keeping the fans working during the day and the windows open at night.

Insulation is usually associated with keeping the heat in during winter, but in the summer months it works to keep heat out, too.

Tory MPs have also joined calls for a one-off windfall tax on the soaring profits of oil and gas companies to help provide relief to the public.

Conservative former minister Robert Halfon and Mel Stride, the Tory chairman of the Treasury Committee, both indicated support for the policy, with the former labelling oil company bosses ‘the new oligarchs’.

But the amendment was rejected in the House of Commons by 310 votes to 248, majority 62. 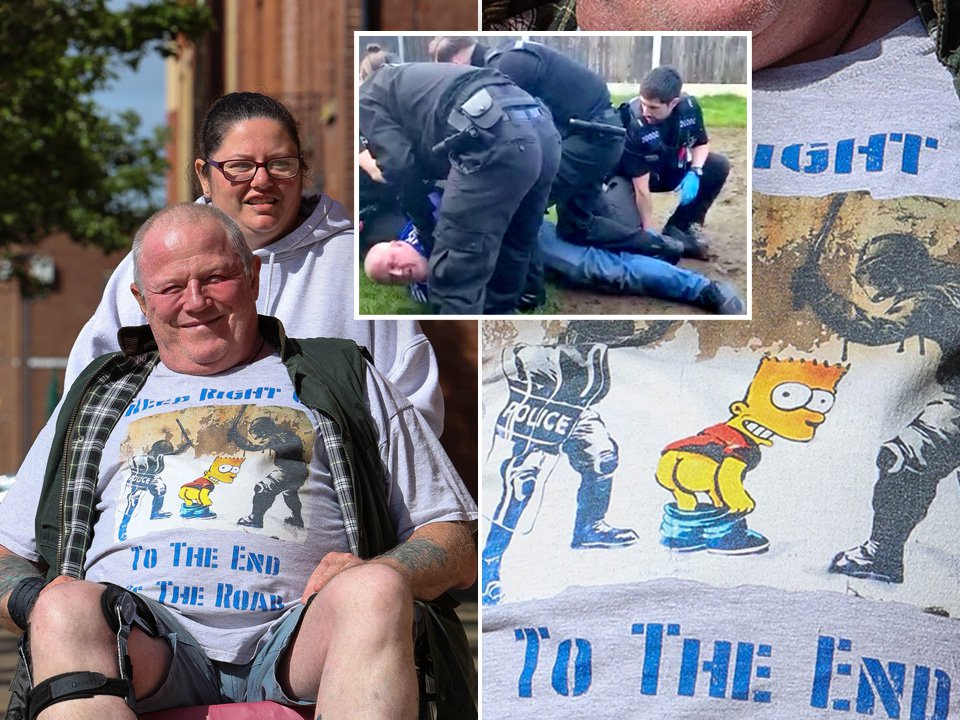 Earlier, SNP MP Stephen Flynn (Aberdeen South) pressed about the UK Government’s levelling-up programme, with Chief Secretary to the Treasury Simon Clarke telling the Commons: ‘Levelling up is a social and moral mission, and I believe very strongly that it’s vital we close the gap between the most successful parts of the UK and the rest; I represent a constituency which sits at the heart of that process.

‘To his point on the cost of living, we’ve put together a £22 billion package of support – including a £9 billion commitment specifically on energy bills.

‘But we’re absolutely clear: you do not solve an inflationary crisis by throwing money at that problem, you could worsen the issue which you’re seeking to address.

‘The Chancellor will keep all of these issues under close review – I can assure you he most certainly does – and we will bring forward a programme of measures at such time that they’ll make the right difference in a targeted way which does not make the very problem worse that we all need to solve.’

Mr Sunak added: ‘Of course, the Government appreciates that global forces are making life difficult for families at the moment and that is why we have brought forward, as we have heard, £22 billion of support this year to help those in work and the most vulnerable in our society, and we stand ready to do more as the situation evolves.

‘But that support is part of a broader plan that will grow our economy, encourage investment and create more skilled, more high-wage jobs. That is the priority of this Government.’

He said: ‘The fact remains that Conservative governments that increase taxation during recession, like the first George Bush or John Major, go down to defeat.

‘More importantly, millions of families are now desperately worried about how they’re going to pay their bill(s), so what I’d like the Chancellor now to do is to say his absolute priority coming up to the Budget is to reduce the overall tax burden on working families.’

Mr Sunak replied: ‘I can give him that assurance, that is our priority.

‘We started last autumn by cutting the tax rate for those on the lowest incomes and Universal Credit, we carried that on in the spring statement by delivering a tax cut for those on low and middle incomes by raising the primary threshold, and our priority is to keep cutting taxes for those in work, including by cutting income taxes as soon as the public finances allow.’

Labour will challenge Tory MPs to back a vote pressuring Boris Johnson to commit to an emergency budget addressing the cost-of-living crisis.

The Prime Minister and Chancellor have been resisting demands to set out new tax-and-spend measures to alleviate the squeeze.

Some Conservative backbenchers accept an emergency budget is required and Labour will challenge them to back its binding vote on Wednesday.

The Labour amendment to the Queen’s Speech will note that the Government’s legislative agenda it contains ‘fails to bring forward immediately’ an emergency budget.

It will also urge ministers to set out a ‘new approach to the economy that will end twelve years of slow growth and high taxation’ under the Tories.