Yet, the failures in Iraq and Afghanistan obscure the striking success of a multilateral effort that extends to as many as 85 countries. 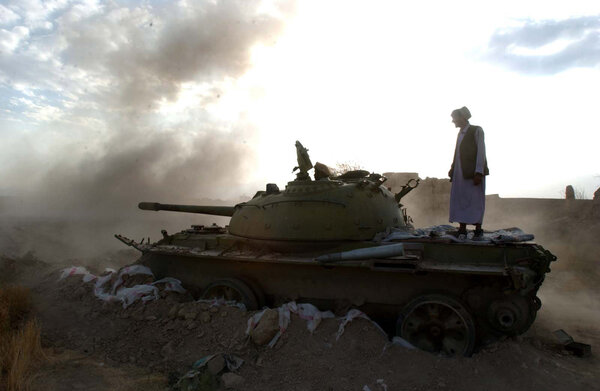 When President Biden told an exhausted nation on Aug. 31 that the last C-17 cargo plane had left Taliban-controlled Kabul, ending two decades of American military misadventure in Afghanistan, he defended the frantic, bloodstained exit with a simple statement: “I was not going to extend this forever war.”

And yet the war grinds on.

As Mr. Biden drew the curtain on Afghanistan, the C.I.A. was quietly expanding a secret base deep in the Sahara, from which it runs drone flights to monitor Al Qaeda and Islamic State militants in Libya, as well as extremists in Niger, Chad and Mali. The military’s Africa Command resumed drone strikes against the Shabab, a Qaeda-linked group in Somalia. The Pentagon is weighing whether to send dozens of Special Forces trainers back into Somalia to help local troops fight the militants.

Even in Kabul itself, a fiery drone strike on men believed to be Islamic State plotters targeting the airport portended a future of military operations there. The attack, which the Pentagon called a “righteous strike” to avert another deadly suicide bombing, showcased America’s “over-the-horizon” capabilities, to use a phrase favored by Mr. Biden. Family members denied that the men being targeted were militants and said the strike killed 10 people, seven of them children.

Twenty years after the terrorist attacks of September 2001, the so-called war on terror shows no sign of winding down. It waxes and wanes, largely in the shadows and out of the headlines — less an epochal clash than a low-grade condition, one that flares up occasionally, as in 2017, when Islamic State militants ambushed American and local soldiers outside a village in Niger, killing four Americans.

Taking stock of this war is difficult because it is inseparable from the twin calamities of Afghanistan and Iraq. In those countries, the United States reached beyond the tactics of counterterrorism for a more ambitious, ill-fated project to remake fractured, tribal societies into American-style democracies.

Those failures are etched in the shameful images of prisoners at Abu Ghraib in Iraq or of desperate Afghans falling from the belly of an American plane. They are documented in the deaths of more than 7,000 American service members, hundreds of thousands of civilians and trillions of squandered American dollars.

The counterterrorism war, much of it waged covertly, defies such metrics. More and more of it involves partners. Large parts of it occur in distant places like the Sahel or the Horn of Africa. American casualties, for the most part, are limited. And success is measured not by capturing a capital or destroying an enemy’s army, but by breaking up groups before they have a chance to strike the American homeland or overseas assets like embassies and military bases.

By that yardstick, say counterterrorism experts, the war on terror has been an undisputed success.

“If you had said on 9/12 that we’d have only 100 people killed by jihadi terrorism and only one foreign terrorist attack in the United States over the next 20 years, you’d have been laughed out of the room,” said Daniel Benjamin, the State Department’s coordinator for counterterrorism in the Obama administration.

“The fact that it had to be accompanied by two wars makes it hard for people to disaggregate how successful counterterrorism policies have been,” said Mr. Benjamin, now president of the American Academy in Berlin.

There are other explanations for the lack of a major foreign attack: tighter border security and the ubiquity of the internet, which has made it easier to track and disrupt jihadi movements; or the upheavals of the Arab Spring, which shifted the sights of extremists to their own societies.

Nor is it accurate to say that the West has been shielded from the scourge of terrorism. The 2004 Madrid train bombing; the 2005 London bus and subway bombings; and the 2015 attacks on a nightclub and stadium in Paris — all bore the hallmarks of the kind of well-organized attack that brought fire and death to Lower Manhattan and the Pentagon.