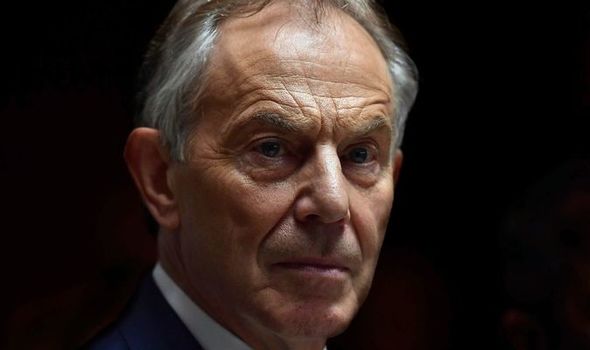 More than 300,000 people have signed a petition calling for the Order of the Garter – the UK’s highest civilian accolade – to be rescinded for the former Labour prime minister. It was in the New Year honours list.

Military mothers who lost loved ones in Afghanistan and Iraq have also threatened to return Elizabeth Crosses, an honour awarded to bereaved families, as a sign of their unhappiness at the award.

Critics have demanded an overhaul of the honours system following the decision.

Some branded Sir Tony a “war criminal” for taking the UK into conflicts in the Middle East, leading to the deaths of more than 600 military personnel and thousands more civilians.

Frankie London, 53, was one of the first to sign it.

Another signatory Deborah Warford said: “Tony Blair should be prosecuted not knighted. Shows how corrupt and vile system is.”

And Fergus Murray said: “As long as people like Blair get honoured, this dishonours us.” SirTony, who occupied No 10 from 1997 to 2007, faced sustained criticism over his decision to go to war in Iraq, culminating in the devastating inquiry by Sir John Chilcot.

The 2016 Chilcot Report found he presented the case for war with “a certainty which was not justified” based on “flawed” intelligence about Iraq’s supposed weapons of mass destruction.

And Hazel Hunt, who lost her son Richard in Afghanistan, said she was “contemplating sending the Elizabeth Cross back as a sign of my protest”.