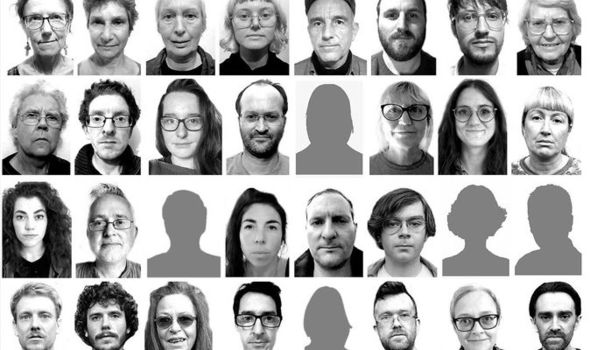 Nine campaigners have been summoned to the High Court in London for breaking the National Highways injunction by disrupting the M25.

Insulate Britain said they face a contempt of court charge and, if found guilty, could be subject to unlimited fines, have assets seized as well as the jail term at the November 16 hearing.

Another 23 activists, who the group said “openly defied one or more of the four recent injunctions”, are expected to be summoned.

The protesters caused disruption over seven weeks and were effectively banned from all major roads in England on Monday last week.

One supporter of the linked Extinction Rebellion (XR) group urged “everyone to examine their conscience and consider whether they want to be complicit in genocide”.

They added: “If the answer is No, then join us on the motorway.”

Insulate Britain said the civil court case will be presided over by a judge without a jury and its activists will all have the right to legal representation.

Among the 32 is Ruth Jarman, 58, a viola-playing Oxford graduate. She works for Christian climate change charity Operation Noah.

Also in the group is retired GP Diana Warner, 62, from Bristol. Last year she was held on remand for four weeks for throwing paint at union buildings and went on hunger strike.

Joining them is retired Bristol vicar Sue Parfitt, 79, who has been arrested 11 times at recent demos. The Anglican cleric was taken away from the M25 in Hertfordshire this week.

She was fined more than £1,500 in July after she took part in two XR road blockades in London’s Parliament Square and at a Ministry of Defence site near Bristol. Theresa Norton, 62, a councillor from Scarborough, North Yorks, said: “I don’t do this lightly. But, like the nine who face court and a potential prison sentence, I have to stand up to Government bullying to overcome the fear they instil through threats.

“They would rather silence us, than protect the public from climate collapse.”

Insulate Britain was made subject to five High Court injunctions, including four granted to National Highways – banning demonstrations on the M25, around the Port of Dover and on major roads around London – and one to Transport for London (TfL).

They launched fresh protests near London, Birmingham and Manchester this week, gluing themselves to roads.

Around 60 climate campaigners descended on junction 23 of the M25 near London, on junction 6 of the M56 in Manchester and on the A4400 in Birmingham.

So far, 161 people have been involved in the campaign to block roads and there have been more than 800 arrests.