More than 40 skeletons, reportedly with their hands tied behind their backs, have been found in shallow graves in Buckinghamshire.

The remains of 42 people were discovered on a building site being prepared for the construction of retirement homes on the Brackley Road in Buckingham, 14 miles from Milton Keynes. 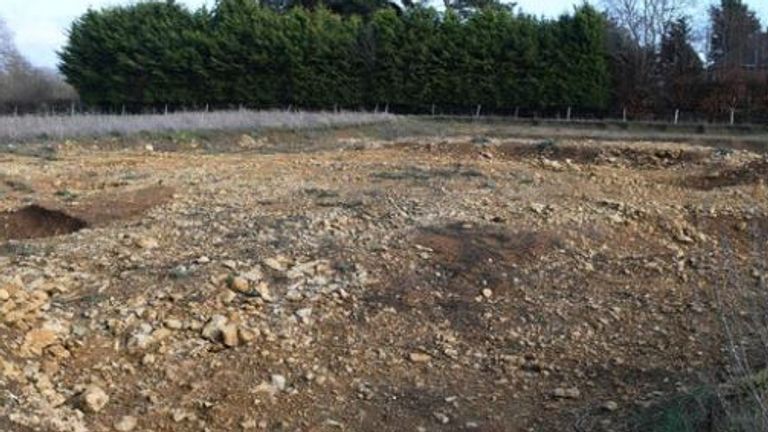 The firm agreed to commission an archaeological investigation of the site as a condition of winning planning permission, but the archaeologists’ report has not yet been made public.

Bucks County Council’s Archaeological Service (BCAS) has not seen the report, though they are aware of the discovery.

All the skeletons have been removed, leaving just empty holes in the ground.

Pictures show what appear to be clearly marked graves at the site.

It is unclear whether any artefacts which may be significant in their own right and help date the remains were buried with them. District and town councillor Robin Stuchbury told the MK Citizen: “This find is of great historical significance to Buckingham and it should not be hushed up.

“I am aware that the bodies were found in December. There were more than 40 of them and they had their hands bound behind their backs, which infers they were prisoners of some kind.

“They could date from Anglo-Saxon times, when there were killings in Buckingham, or from during the Civil War, which also saw casualties. Or they could be criminals who were hanged on the gallows in the town.”

BRUSSELS (REUTERS) – Airlines must reimburse customers for flights cancelled because of the Covid-19 pandemic, the European Union transport chief said on Wednesday (April 8),…