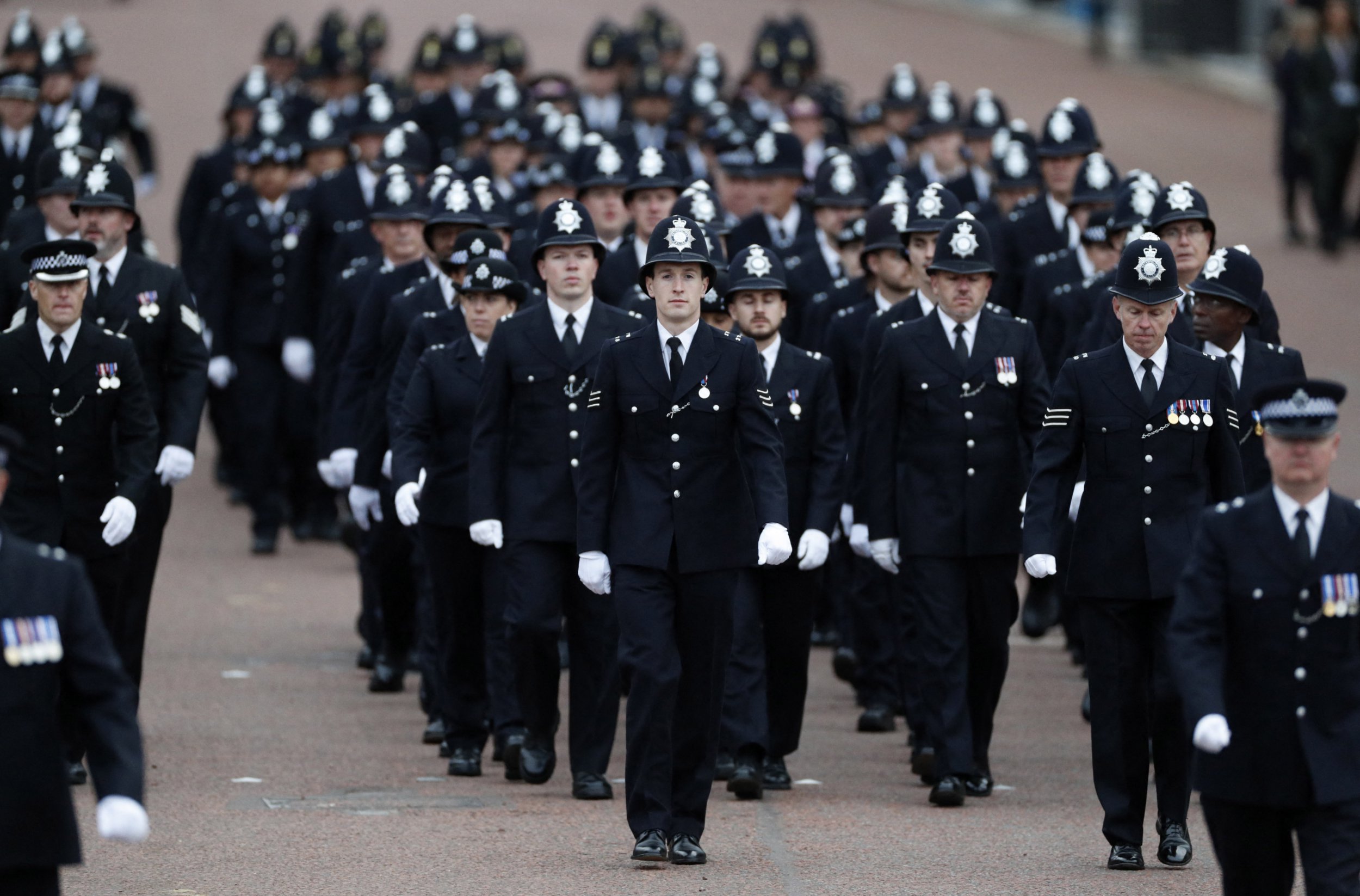 The Queen’s funeral marked the ‘largest policing operation’ in the history of the Met.

Huge crowds, royalty and a long list of world leaders and other dignitaries all needed to be protected as part of the mammoth job facing thousands of police officers.

Metropolitan Police deputy assistant commissioner Stuart Cundy said ‘nothing can compare’ with the ‘hugely complex’ task, describing it as the “largest policing operation” in the Met’s history.

Monday signalled the ‘final and most complex phase’ of the operation after the death of the Queen, he said.

The scale surpassed the operation for the Platinum Jubilee weekend and the London 2012 Olympics, which saw up to 10,000 police officers on duty per day.

It was also the largest global protection operation dealt with by the force, with world leaders, dignitaries and other VIPs attending the state funeral.

Former counter-terrorism police chief Nick Aldworth said it was ‘probably the biggest operation that we’re likely to mount in the UK’.

It comes at a time when the country’s terrorism threat level stands at ‘substantial’, meaning an attack is ‘likely’.

Police and security services were alert to the prospect of knife attacks, bombs being detonated, and all other possible terror threats or incidents.

But police guarding the King and senior members of the royal family also have to consider the risks posed by people who are fixated with those in the public eye.

Members of the public were urged to report any suspicious behaviour, with security experts describing potential terrorists among the crowds as people who would seem ‘blatantly out of place’ and uninterested in ceremonial events.

The risk of a threat is ‘fairly high’ particularly when Charles comes into contact with crowds, according to a royal security expert.

Richard Aitch, director of operations for firm Mobius International, said it becomes ‘very difficult’ for personal protection officers when the monarch is so close to a ‘group of unknowns’ like crowds and they would be carrying out a split second process of “personal vetting” to root out suspicious activity.

As of 5pm on Monday, 67 arrests had been made as part of the operation for a range of offences, the Met said.

More than 3,000 officers from almost every force in the country were helping police in London.

Met Commissioner Sir Mark Rowley, who only took over the role a week ago, likened the possible total number being deployed to the size of West Midlands or Greater Manchester police.

Armed police, motorbike escort riders, officers carrying out patrols on horseback, dog teams and the marine unit were among the specialist teams involved.

Rooftop snipers were in place while the cortege was moving, accompanied by a helicopter escort anywhere outside of the capital, Mr Aldworth said.

There were more than 22 miles of barriers in central London alone to control crowds and keep key areas secure.

About 2,300 police officers were in place to oversee the Queen’s final journey from Westminster Abbey to Windsor Castle.

About a thousand lined the route, alongside military personnel, from the Abbey to Wellington Arch while the Queen’s coffin was carried from the service by gun carriage.

There was also a considerable police presence in Windsor ahead of the Queen’s committal later in the day.

Thames Valley Police Assistant Chief Constable Tim De Meyer said more than 2,000 officers would be deployed there in the force’s ‘largest and most significant’ operation.

In the Berkshire town, drones were used to monitor crowds, vehicle barriers were in place and there were ‘airport-style’ security checks like screening arches and bag searches.