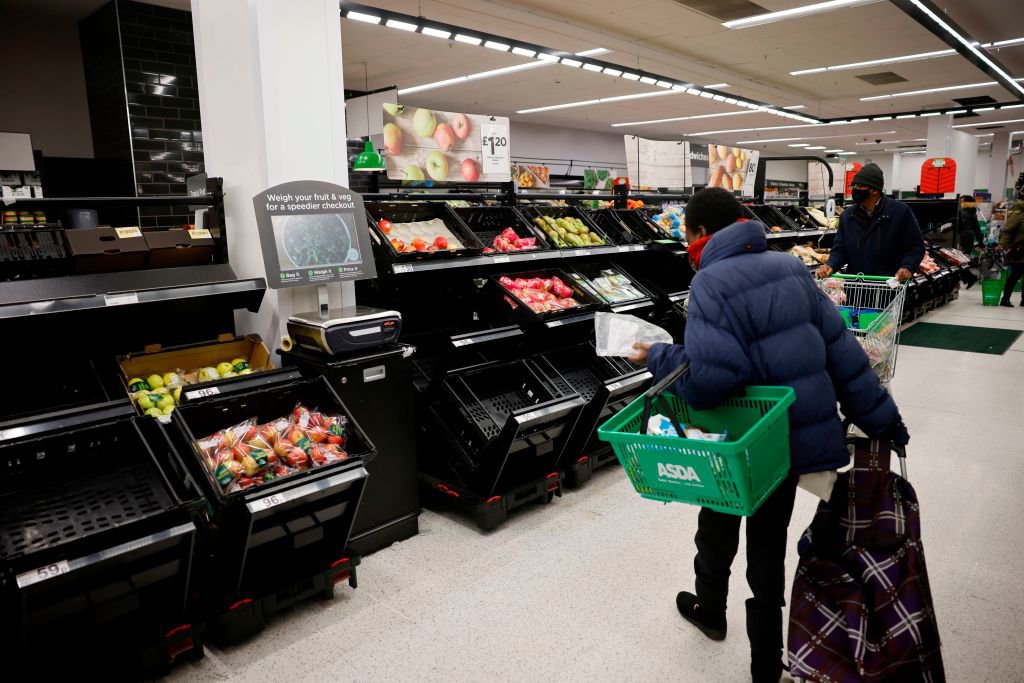 Millions of people have been unable to purchase essential food in the past fortnight as bare shelves trigger stockpiling.

New figures from the Office of National Statistics (ONS) show 17% of Brits – representing up to 8million – could not buy grocery products because they were unavailable between September 22 and October 3.

Almost a quarter said they had also struggled to find non-essential food items.

The data was published as Britain remains in the grip of a supply chain crisis, with Prime Minister Boris Johnson forced to concede food and fuel shortages could continue until Christmas.

The ONS research found 60% of people said their shopping experience was different to what they usually expected.

Around 43% complained there was less variety – while 14% had to visit more stores to complete their shopping list.

Some 13% also said they had to wait longer for prescriptions, while 4% had to go to more than one pharmacy to get what they needed.

Meanwhile a separate survey by The Grocer found a third of people had either started stocking up on Christmas food and drink or were planning to before the end of October.

Two thirds of shoppers said they were concerned about shortages over the festive period.

Iceland reported a 409% spike in sales of frozen Christmas turkeys compared to the same time last year – and has ordered 20% extra to cope with anticipated demand.

It comes as industry leaders warn factories across the nation face a shutdown this winter as rapidly rising energy prices could put manufacturing on hold in a bid to protect profits.

Production of goods from toys, clothes and chocolate to paper, cement and ceramics is in jeopardy – amid fears some plants could close their doors permanently.

Downing Street said in a statement: ‘This includes both identifying the causes of current blockages and pre-empting potential future ones, and advising on resolutions either through direct government action or through industry with Government support.’