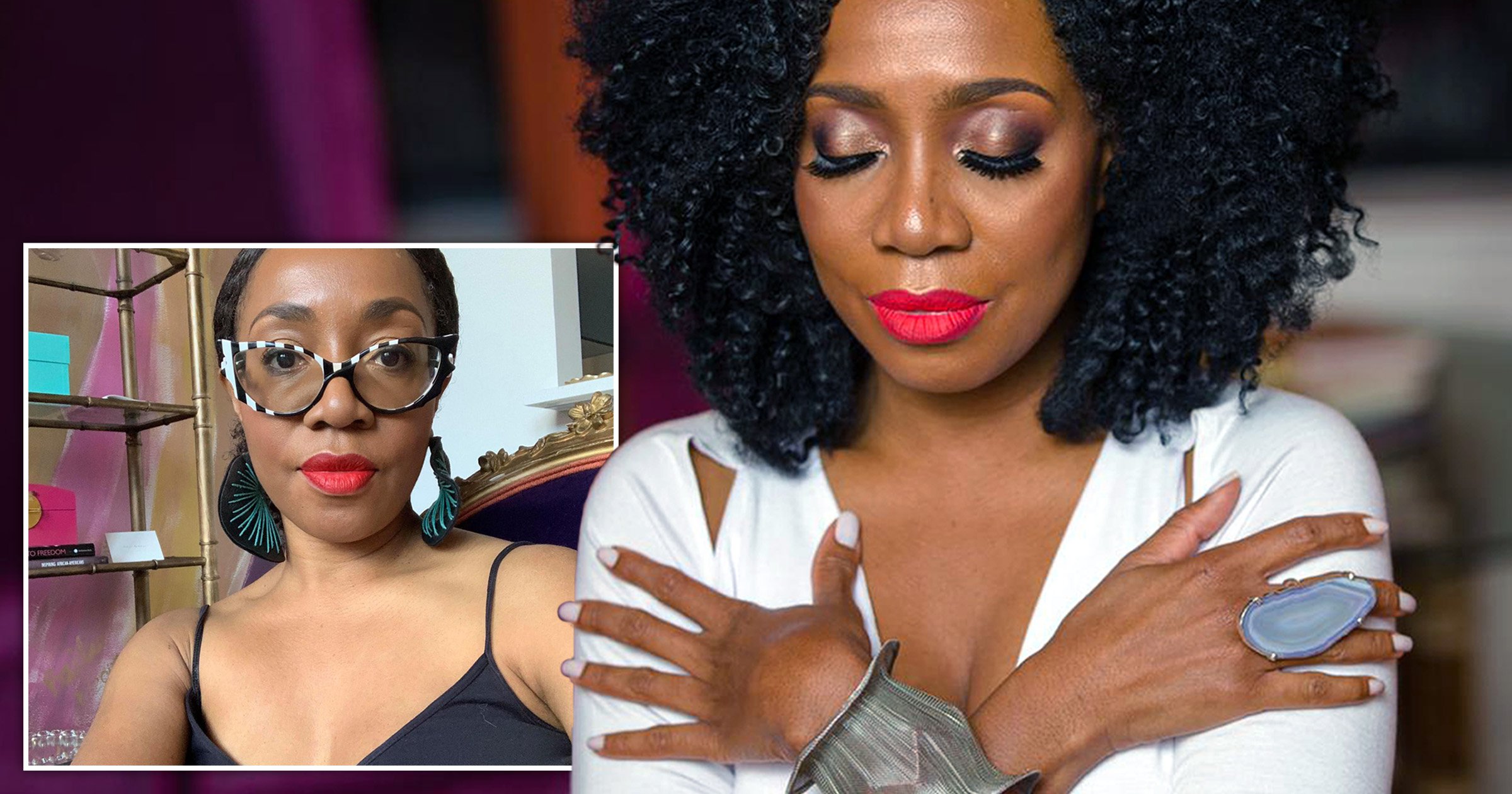 A 9/11 survivor has told how she found her ‘defining moment’ in life the day after the terror attack that changed the world.

Dee Marshall was a high-powered executive on Wall Street on the day the Twin Towers were destroyed, when she commuted through the building in Manhattan’s financial district.

At the time, she had a boardroom role with Prudential Securities, which meant making her way to her office on the 33rd floor at 1 Wall Street, a mile from the World Trade Centre.

Although the influencer vividly remembers people falling from the New York skyscrapers and watching the second plane crash, it was the day after that would ultimately lead her to swap Wall Street for a mission to empower women and spread diversity in the workplace.

Dee said: ‘The defining moment for me was the day after, September 12, when I woke up and thought, “did that happen?”.

‘I made a definitive decision to live with no regrets after that day because people died, people were jumping out of windows. On September 11 it happened and on September 12 I had to process it.

‘I said I would never live with any regrets after what happened yesterday.

‘I could continue on Wall Street and go back to my big, cushy job where everything is good, great and powerful or pursue my passion and purpose.

‘It was first about empowering women executives and then it evolved into the business I have today. Living with no regrets became my mantra.’

Dee had her usual early start on the day of the suicide attacks, taking the PATH transit system from her home in New Jersey to the World Trade Centre shortly before the first plane struck the North Tower at 8.46am.

‘My commute that day took me through the World Trade Centre,’ she said.

‘When you live in New Jersey you commute by train or by PATH. My route was to come by PATH and I walked up through the World Trade Centre.

‘What saved my life was that I had to start work at 8.30am, I had to be there, I had to walk through. I got off the PATH at the World Trade Centre.

‘I walked up, rode up a gigantic escalator and walked two blocks over to my building which is at the bottom of the island, right where the ferry comes.’

Alerted to a “fire” at the Twin Towers by a colleague, she then saw the second plane, United Airlines Flight 175, flying past her office window into the South Tower before her office was evacuated.

‘We walked down 33 flights of stairs,’ she said. ‘It was a quiet, sombre walk of the masses. It was slow on the right, pass on the left.

‘No one said a word. I moved over and looked over to my right and there was a pregnant woman holding her belly, probably 10 months overdue, and she said “go, go, go”.

‘She was making her way down, but I almost broke there.’

Dee, who was in her 20s and working in her second job, regrouped with five colleagues in Battery Park, Lower Manhattan, at around 9.15am.

They joined droves of people fleeing the unfolding disaster in Manhattan by taking ferries across the Hudson River to Jersey City.

‘I felt like a character in a video game,’ she said. ‘People in the UK watching on TV would have known more than we did, because we were in the game.

‘We agreed to walk east to go north and then we bum-rushed a travel agent to use the phones. I made two calls, I called my church to say “pray”,

‘I didn’t have the heart to call my mother, she had already lost a son and then someone came into the travel agent and said another plane has crashed. Then we walked south, which was the only place to go now.

‘Building one had collapsed but because we were on the ground with no communication we didn’t know, there was just the soot.

‘I remember this thin cover of soot. I could see the soot on my black shoes and I could taste it on my lips. No sooner than we got on the ferry I looked up for the very first time and seeing one tower and I lost it.

‘Then the building came crashing down and someone screamed “put on your life vests”. All of downtown went dark because of the soot.’

The diversity advisor, now in her late 40s and living in Newark, New Jersey, still remembers the smell of dead bodies when she returned to work amid a battery of barriers and security precautions around three weeks later once the air had been deemed safe.

When her company downsized she used it as an opportunity to break with Wall Street, choosing instead to focus on spreading diversity and empowering women in leadership roles.

Dee went on to found her company Diverse & Engaged, which helps Fortune 100 companies foster diversity, mental wellbeing and inclusion in the workplace. She is now regarded as one of America’s leading Women Entrepreneurs and Business Owners.

The turning point was an atrocity which claimed 2,977 lives, not including the 19 hijackers, and would lead to the US military interventions in Afghanistan and Iraq.

However, the events also had a profound and highly personal impact on countless numbers of lives.

‘I could have carried on with business as usual on Wall Street,’ Dee said.

‘Instead, September I2 became the day I chose to live my life without fear.’