BERLIN — From his Berlin start-up’s brick loft offices, Michael Bohmeyer led the way past a brewery-turned-art space to a makeshift cafe. “If we’re going to sit outside, I might even get coffee,” mused the 36-year-old tech entrepreneur and founder of the “My Basic Income” website. “After all, you have to enjoy life a little bit.”

Enjoying life is no trivial matter for the slight, serious Mr. Bohmeyer, whose experimental, grass-roots platform has thus far given more than 650 randomly-selected people 1,000 euros a month, around $1,165, for a year, no strings attached, just to test a thesis. Namely, that what people need to thrive in a rapidly changing world is not more money, but more security, and that an unconditional basic income — a monthly sum to cover living expenses that, if implemented, would be paid by the government and received by everyone — could enable this.

The idea has resonated in Germany, a wealthy country that spends about a third of its G.D.P. on a robust social welfare system. In the six years since Mr. Bohmeyer first called for donations “My Basic Income” has raised about €8 million, thanks to 140,000 or so private donations of sums as low as a couple of euros a month.

Now, after publishing a best-selling book detailing the experiences of a cross-section of recipients — ranging from a hotel heiress to a homeless man — Mr. Bohmeyer and his team have partnered with the respected German Institute for Economic Research in Berlin for a study. As part of this “pilot project,” 120 randomly chosen people will receive €1,200 a month for three years, while a larger control group of “statistical twins” in similar life situations will not. When the call for applications went out in August, a million people signed up in less than three days.

For Jürgen Schupp, a senior research fellow at the institute and professor at the Free University in Berlin, the number of applicants was less surprising than the number of donors. “I was most fascinated by the people giving money for free to support this idea,” said Mr. Schupp, who will oversee the pilot project. “We have a lot of ‘citizen scientists’ counting birds, and giving the data to scientists. This is like that, but for civil society.” 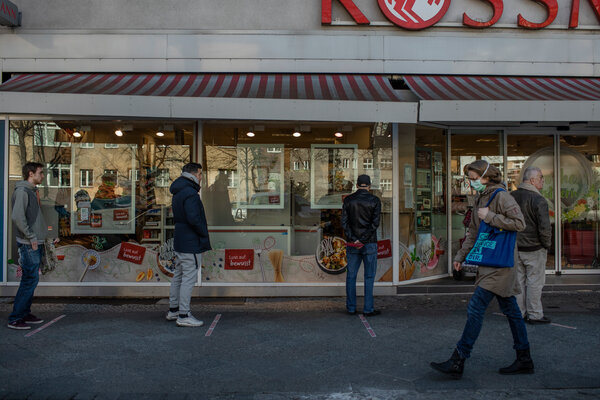 Given its small size, the study does not look at macroeconomic impacts, like how taxes would be affected or if a basic income would lead to inflation. Rather, it will simply try to find out whether unconditional monthly payments lead to statistically significant changes in recipients’ behavior and feelings.

“Is there a dark side?” asked Mr. Schupp, noting that in recent polls, about half of Germans found the concept good, in principle. “Or do we get confirmation of the nice stories in Michael Bohmeyer’s book?”

To write “What Would You Do? How an Unconditional Basic Income Changes Us,” Mr. Bohmeyer and his co-author took 10 days to travel through Germany interviewing 24 recipients, past and present. In keeping with the findings of other basic income studies around the world, they found that few people quit their jobs. Many, however, made changes — a social worker used the extra resources to retrain as a hospice worker, and a just-treading-water retiree quit her off-the-books job waitressing for an exploitative boss and got another job at a better restaurant.

Regardless of whether they spent the money, saved it, invested it or gave it away, almost all of the people interviewed said the monthly payments just made them feel better. “We call it the ‘basic income feeling,’” said Mr. Bohmeyer, who drew on the writings of psychologists, sociologists, economists and the philosopher Hannah Arendt to try to make sense of what he was hearing from recipients. “The subtext of the unconditionality is, ‘We as a society believe you are OK.’”

He added: “I don’t want to sound esoteric. But the message is, ‘We are all equally worthy of existing.’”

Proponents of a basic income argue that it offers ballast in times of global upheaval, like the pandemic. For Judith Philipp, a 40-year-old freelance stage and costume designer in Berlin, the basic income she received this year kept her from changing careers after all her work was initially canceled.

“This gave me a lot of freedom to sit tight,” she said, as theater projects came back sooner than expected. “Also, I have a 4-year-old daughter, preschool was closed, and we actually got to enjoy the time together.”

Mr. Bohmeyer credits his own willingness to jump into an experiment like this one to the way he grew up. Born outside Berlin in the last years of the German Democratic Republic, Mr. Bohmeyer was 5 when the wall fell. But a do-it-yourself spirit lived on, in his household. “Today, you would call it ‘disruptive,’” said Mr. Bohmeyer, with the hint of a smile. “But in the G.D.R., you couldn’t buy everything, or get certain things, so you had to do a lot yourself. For me, it was totally normal to have an idea, then build it.”

After the collapse of the East German system, he watched as his parents — a physicist and a technician — successfully remade themselves as entrepreneurs. The experience taught him the value of hard work, but it also gave him a critical eye. “What I learned from my parents is that systems don’t last forever,” he said. “From today to tomorrow, it can cease to exist. That’s why I can’t take capitalism completely seriously.”

After a senior year as an exchange student in Michigan, where he was inspired by what he called the American attitude of “just do it,” Mr. Bohmeyer came home and launched an online distribution center for signage (think, “No Smoking”). At 29, he decided he needed to try something new. He stepped away from the daily work of the sign business but continued to receive about €1,000 a month as his share of the profit. “I’m a capitalist,” he said, with a shrug.

Slowing down gave him a chance to question the path he had taken so far, and he came to realize that for him making more money was not an end in itself. “I wouldn’t have even bought anything,” he said.

He started reading the French philosopher Michel Foucault and reflecting on his own life. “Who am I, how do I want to live? What do I need for a good life?” he said. “Hard questions, but it’s totally cool if you have the chance to ask them.”

He noticed other changes, as well: His relationship with his partner improved. He was more patient with his 2-year-old daughter. His chronic stomach cramps went away. He started to wonder if a basic income, like the one he had, could help other people find more balance and equanimity in their lives, too.

His first calls for donations were met quickly, and six years later, Mr. Bohmeyer has gotten used to appearing on television talk shows and meeting with high-ranking politicians. He has come to believe that a basic income could offer solutions for a whole range of social ills, like emotional burnout, environmentally damaging overconsumption and right-wing populism.

“We need new ideas to deal with a changing society, as well as with climate change, and we have no new ideas,” he said. “I feel powerless, like my parents felt powerless in 1990. But they kept going. I try to copy that, to be self-reliant.”

Of course, he added, the only way to see if basic income works is to test it. “We really want to find out,” he said. “I’d be happy if it turns out this is a bad idea. I’d be free to do something else.”