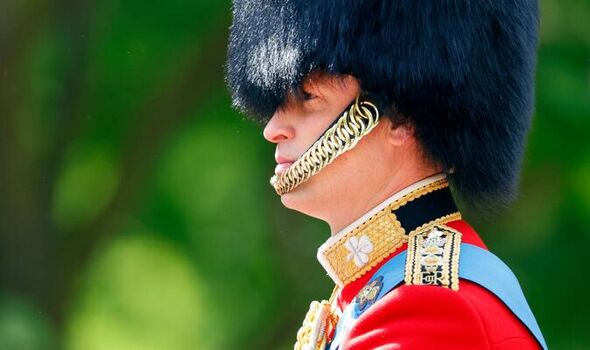 While Harry soaked up some California sunshine at a polo match, his elder brother was preparing to carry out his royal duties for the Queen’s Platinum Jubilee.

Harry, 37, looked relaxed and carefree as he rode with his team Los Padres in Santa Barbara, just weeks after explaining in an interview that despite moving to the US, he and wife Meghan are still committed to living “a life of service”.

They stepped down from royal duties two years ago.

Meanwhile, William was the picture of pomp and circumstance as he rehearsed for the Trooping the Colour ceremony.

The Duke of Cambridge, 39, was up early and on parade as royal colonel of the Irish Guards at the final run through for the Queen’s birthday parade on Thursday.

It will kick off four days of national celebrations for the 96-year-old monarch’s Platinum Jubilee.

On the parade ground,William inspected the troops on horseback, a role Prince Charles will perform on Thursday, before watching more than 1,500 soldiers and 350 horses from the Household Division perform complex drills to music.

The Duke of Sussex, who now lives in California with Meghan, 40, son Archie, three, and daughter Lilibet, who turns one on Saturday, laughed with pals as they competed in the polo.

The match comes just days before Harry and his family are due to arrive in the capital to join in the celebrations for the Queen’s historic reign.

It will be their first visit as a family since the move to the US.

The Duke and Duchess of Sussex are also reported to have told the Queen, who has yet to meet Lilibet, that they will keep a low profile and will only take part in official engagements.

It came after it was reported the Queen “ordered the family to come together” with “no dramas” to overshadow events.

A close pal of the former Hollywood lighting director told the Sunday Express that Mr Markle has lost hope of ever seeing Meghan and meeting her family.

However last night it was reported that Meghan has tried to find out how he is and if there is a way to get in touch privately.

The Duke and Duchess of Sussex are due to take part in the service of thanksgiving at St Paul’s Cathedral on Friday.

They will not appear on the Buckingham Palace balcony alongside the senior working members of the family for the flypast. Prince Andrew, 62, will also be absent.

The Queen is due to spend Saturday at Epsom Downs racecourse in Surrey, while younger members of the family will head to the Platinum Party at the Palace.