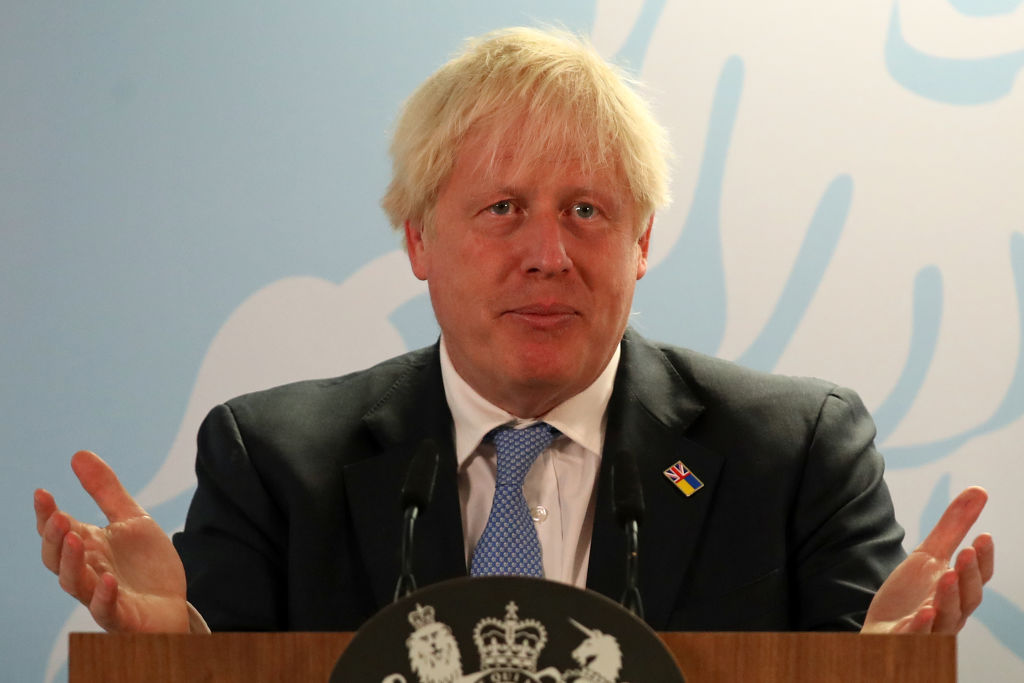 Boris Johnson’s reign as Prime Minister of the United Kingdom has come to an end now that Liz Truss has been announced as the new Tory leader.

While she officially requests to become PM when visiting Queen Elizabeth II at Balmoral today, many will be thinking about the country’s exiting leader and the events that led to his eventual resignation.

From partygate, to his handling of the Covid-19 pandemic, to the Chris Pincher revelations, we take a look back at some of Mr Johnson’s biggest gaffes that ultimately led to his downfall.

Drawing the Queen into a major constitutional row

Mr Johnson got off to a dodgy start as Prime Minister when he was found to have lied to Her Majesty the Queen.

Lying would soon become a familiar theme of the Johnson administration with this first lie certainly living up to this.

He succeeded in drawing the Queen into a major constitutional row over the illegal proroguing of Parliament to get his Brexit deal passed.

Mr Johnson remarked he would ‘rather be dead in a ditch’ than extend the Brexit deadline once again.

He won the General Election in 2019 on the mandate he would ‘Get Brexit Done’.

The Supreme Court ruled Mr Johnson’s advice to the Queen that parliament should be prorogued for five weeks at the height of the Brexit crisis was unlawful.

Another major gaffe of Mr Johnson’s premiership was his denial about the severity of the Covid-19 pandemic at the start.

While the world began to accept the seriousness of the Covid-19 pandemic, Mr Johnson sat back and did not attend key Cobra meetings.

Instead, he boasted about shaking hands with patients who were suffering with coronavirus at a hospital.

But he soon caught Covid-19 and suffered from minor symptoms which quickly developed into a hospital admission with doctors trying to save his life.

When the scale of the pandemic quickly became apparent, the government including Health Secretary Matt Hancock at the time were slow to prevent care home deaths.

He was accused of saying he would rather ‘let the bodies pile high’ before taking any action.

Another bizarre moment was when Mr Johnson ranted about Peppa Pig world and pretended he was a car during a keynote CBI speech.

It is safe to say, he made a pig’s ear out of the speech when he praised the theme park and made ‘vroom vroom’ engine noises – prompting a journalist to ask if ‘everything is ok’.

During the talk, he muttered ‘forgive me’ up to three times, as papers could be heard fluttering in the background while the audience sat in awkward silence for about 30 seconds.

The PM was forced to defend his position as the journalist asked: ‘You lost your notes, you lost your place, you went off on a tangent about Peppa Pig – frankly, is everything ok?’

But he insisted: ‘I thought it went over well.’

His defence of MP Owen Patterson

He came under criticism when he defended then Tory MP Owen Paterson.

Mr Paterson repeatedly broke lobbying rules and he resigned from the House of Commons on November 5, 2021.

He later admitted he ‘crashed the car’ in his handling of the case.

Reports started to stack that party gatherings had been happening at No 10 over the pandemic.

This is despite strict social distancing rules being imposed on the UK at the time.

It got worse because the PM went on to say that all rules were followed and the parties were simply ‘work events’.

But the Metropolitan Police did not like that at all and Boris Johnson received various fines from the police for the lockdown parties.

These fines made him the first Prime Minister in British history to have broken the law while serving the country.

Many of his own Tory MPs started to feel angry towards the PM, with many backbenchers calling for a confidence vote in his leadership.

He survived the confidence vote but emerged from the vote severely dented.

The Prime Minister won the ballot by 211-148, a victory which secured his place in Downing Street but by no means ended the political gaffes which defined his premiership.

Getting booed at the Queen’s Platinum Jubilee

Another very embarrassing moment for Mr Johnson and wife Carrie was when both were booed at the Queen’s Platinum Jubilee celebrations.

The public booing was a reflection of the sentiment felt towards him and the administration in the aftermath of the partygate scandal.

It was a hint that this was the beginning of the end for Mr Johnson.

The Chris Pincher scandal was the ultimate nail in the coffin for Boris Johnson which resulted in a huge number of ministerial resignations and ultimately his downfall.

The end was in sight when it was made aware the PM knew of sexual assault allegations against Mr Pincher before he was promoted to deputy chief whip.

Mr Johnson then lied to everyone about having that knowledge before No 10 admitted he did in fact have knowledge of the scandal.

He faced more than 50 resignations from his government in just 48 hours, the most in British political history, and he was forced to resign.

Sharing an ‘out of touch’ piece of money-saving advice

Giving us one last memorable moment during a speech on nuclear power, Mr Johnson made a bizarre plea for Britons to consider purchasing a new £20 kettle.

While the country is in the grip of a historic cost of living crisis, with the price cap hitting £3,549 in an 80% rise that could devastate households, the PM shared the top tip to help save you £10 a year.

People took to Twitter to call the advice ‘out of touch’, with and one person saying they were ‘lost for words’.

Mr Johnson will go down as one of the shortest serving Prime Minister’s in British history.