STIRING-WENDEL, France — Marine Le Pen, the far-right leader making her third attempt to become president of France, already had the backing of voters who came to listen to her recently in Stiring-Wendel, a former coal-mining town struggling to reinvent itself.

But after a 40-minute speech focusing on the rising cost of living, Ms. Le Pen succeeded in doing what even few of her supporters would have predicted just months ago: impressing them. Voters trickling out of an auditorium into the cold evening said she had become “less extreme,” more “mature” and “self-assured” — even “presidential.”

“She has softened, she is more composed, calmer, more serene,” said Yohan Brun, 19, a student who grew up in Stiring-Wendel and had come to listen to Ms. Le Pen because “she cares more about the French people than the other candidates.”

As France votes on Sunday, polls are predicting that this election will be a rematch of the previous one, pitting Ms. Le Pen against President Emmanuel Macron in a second-round showdown. But that does not mean that precisely the same Ms. Le Pen is running.

Ms. Le Pen has revamped her image since the last election five years ago. She has pragmatically abandoned certain ideas that had alienated mainstream voters. She has held on to others that certify her far-right credentials. And she has shifted emphasis toward pocketbook issues.

But as important, she has self-consciously sanded the rough edges off her persona in an effort to make herself appear more presidential and voter-friendly.

The makeover is part of a long and deliberate strategy by Ms. Le Pen to “undemonize” herself and her party, and ultimately gain the French presidency. While the effort remains unconvincing to many who consider her a wolf in sheep’s clothing, it has nonetheless succeeded in giving her a last-minute surge in the polls before Sunday’s election that is worrying Mr. Macron’s camp.

“Marine Le Pen appears more sympathetic than Emmanuel Macron,” said Pierre Person, a national lawmaker of the president’s party, adding that he was worried that she could win. 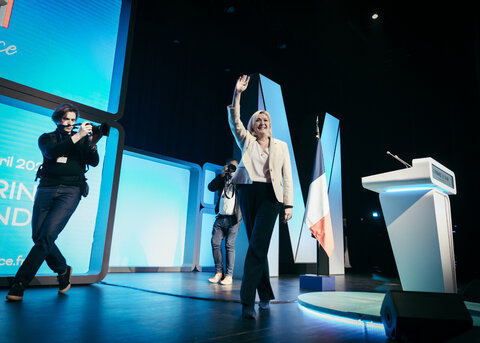 I went to a rally held by Marine Le Pen, the far-right French presidential candidate who is rising in the polls.

Here’s what I heard →

With just days left before the election, many supporters believe Ms. Le Pen has changed many of her far-right past positions and is ready to lead the country.

Ms. Le Pen and her family have long been at the center of French politics. Her father founded the party she now leads, which she has sought to strip of its vestiges of antisemitism and Holocaust denialism. She is running for president for the third time.

In her quest for credibility, Ms. Le Pen has dropped a number of divisive proposals, such as exiting the eurozone, which could affect trade and prices. 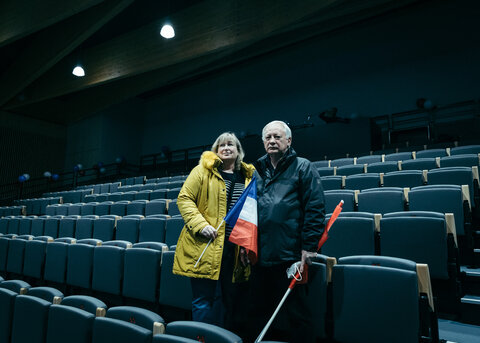 “Many people are afraid when they are told they will leave Europe,” said Kurt Mehlinger, a retired miner who attended the rally. “We’re more comfortable with her current platform.”

Ms. Le Pen has sought to sanitize her image throughout the campaign to project an air of credibility. Many people I spoke to noticed a softening of rhetoric and tone in her campaign speeches.

Her campaign posters show her smiling against a deep blue background with a slogan reading “Stateswoman.” 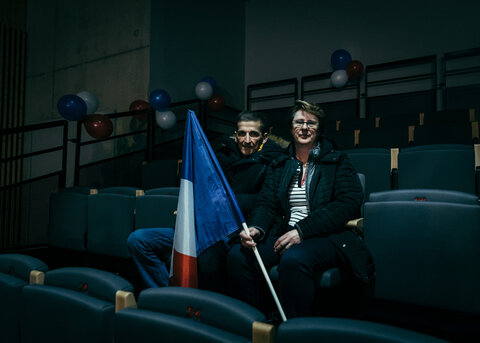 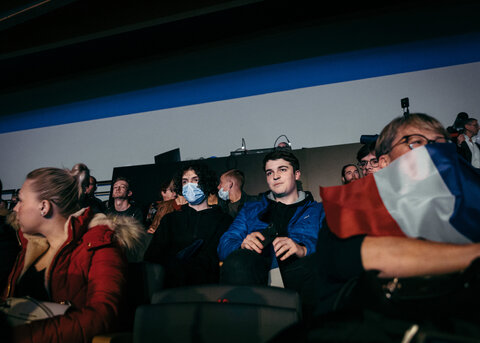 “She has become much calmer, much more composed,” said Tom Scherer, 18, a student who attended the rally. “It makes her much more credible.” 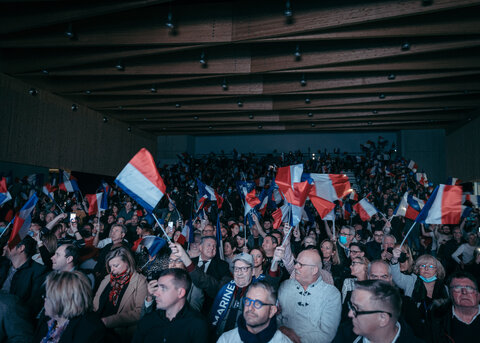 But even as she softened her style, Ms. Le Pen has held onto her party’s core, hardline positions on immigration, Islam and security.

At the rally, when she vowed to expel foreigners who misbehaved, the crowd chanted “This is our home!” 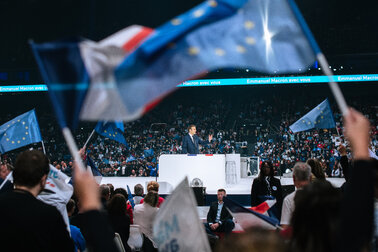 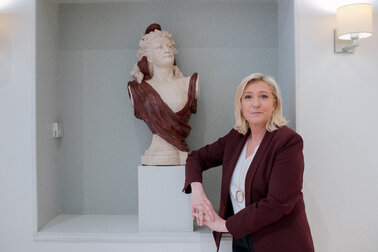