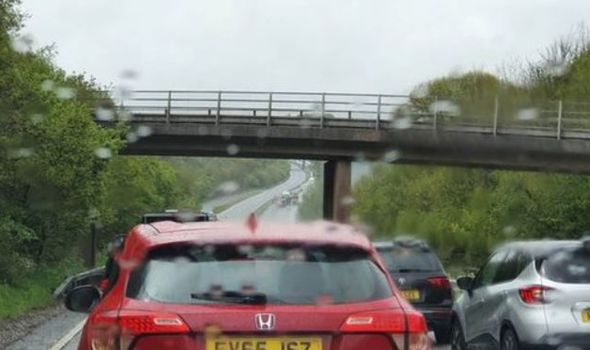 The A30 near Tavistock Road, Okehampton has been closed in both directions following an accident involving a caravan at 1pm today. The incident occurred this lunchtime and police are fire services are the scene, it is understood.

Smoke can be seen by people stuck in traffic on the key A-road.

One driver who witnessed the incident told Cornwall Live: “Massive accident on the A30, I’m stuck in the traffic heading into Cornwall.

“The accident is on the other side of the road, there’s black smoke and emergency vehicles.”

The driver added that police cars came onto her side of the road but had since left. 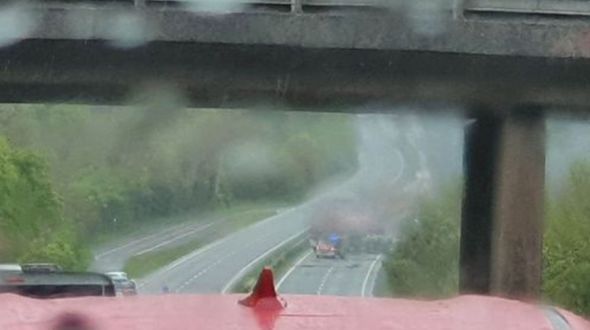 The witness continued: “Emergency services were already there when I got stopped.”

A spokesman for Devon and Somerset Fire and Rescue service said: “The Fire Service received calls for a Motorhome on fire at the above location.

“Two fire engines from Okehampton, one fire engine from Hatherleigh a water carrier from Danes Castle and a supporting officer were mobilised to this incident.

“On arrival crews confirmed the camper van was well alight in a layby and got to work extinguishing with one hose reel jet. Further details to follow.” 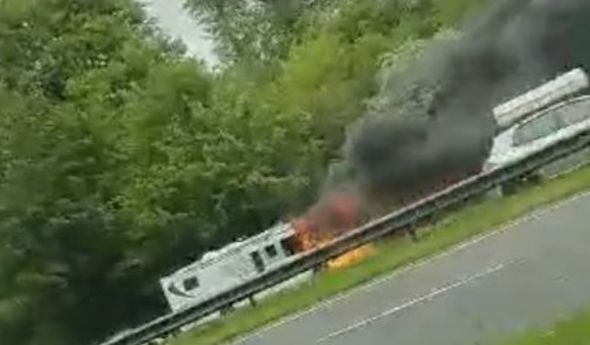 Inrix Traffic, which monitors car movement on roads, said of the incident: “A30 in both directions closed, queueing traffic due to vehicle fire from B3260 (Meldon Junction) to B3260 Exeter Road (Okehampton Services).

“Road blocked just after 13:15 following a car towing a caravan that has caught fire on the eastbound side.”

It is expected the road will be reopened in the next few hours as emergency services work to clear the carriageway.

Devon and Cornwall police have been approached for comment.