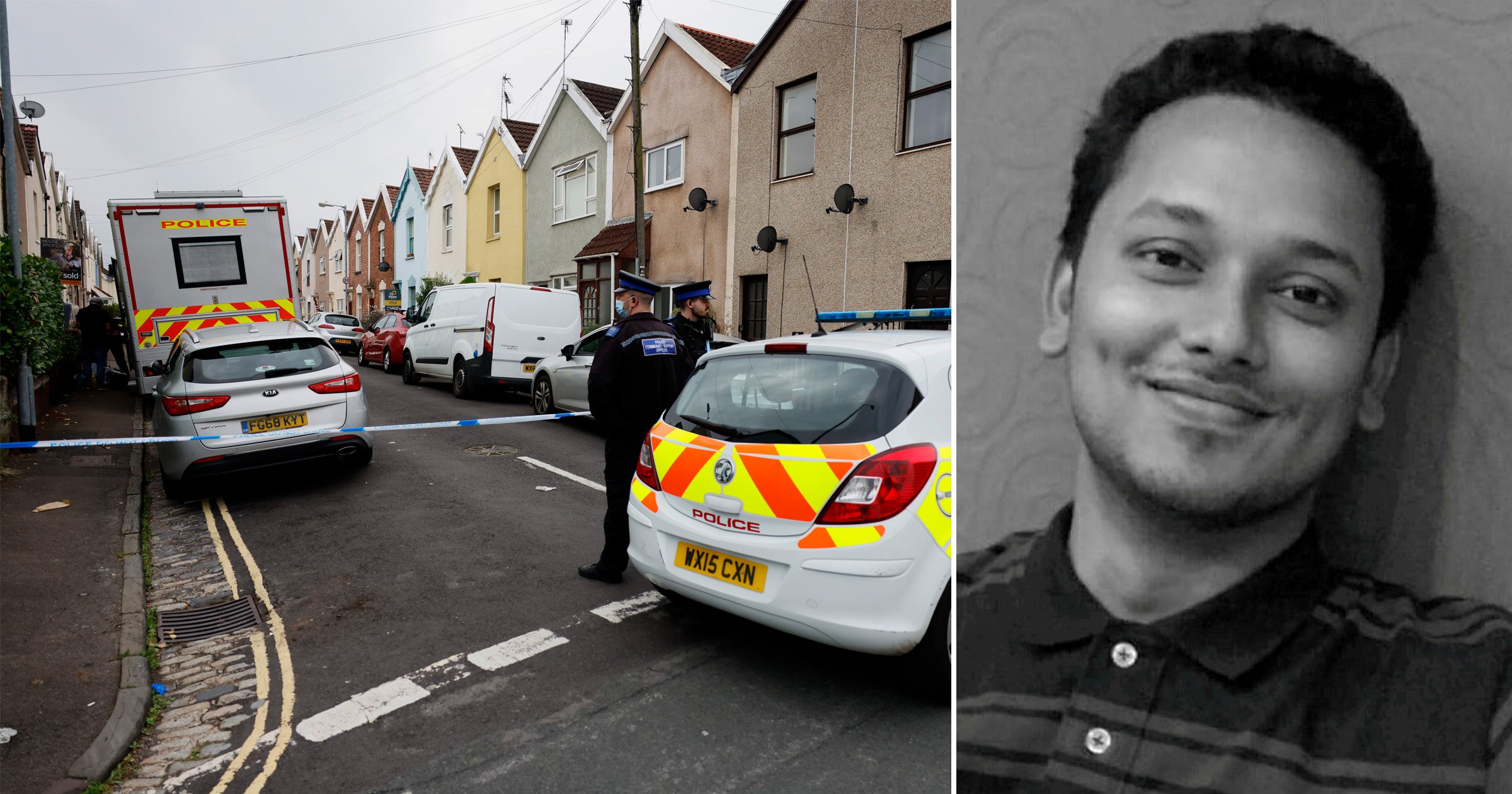 A pair of former abattoir workers tortured two men to death before mutilating their bodies and laying them out like ‘butchered pigs’, a court has heard.

Ionut-Valentin Boboc, 22, and Jacob-Bebe Chers, 46, are said to have brutally murdered Denzil McKenzie and Fahad Hossain Pramanik at the first victim’s home in Bristol last September.

Jurors were told each was knifed multiple times – with some wounds mirroring how they would hack at animal carcasses – before their mutilated bodies were arranged into a ‘macabre display’.

Prosecutor Kevin Dent KC said: ‘They left behind them a scene of horror.’

Jurors were told they had met Mr McKenzie, 56, while working at an abattoir near Bristol, which involved ‘cutting pigs open and making a long incision line down the stomach’.

Mr Pramanik, 27, was simply in the ‘wrong place at the wrong time’ having gone to visit the older victim, the prosecutor said.

The court heard there was a recurrent theme of Boboc asking Mr McKenzie for loans. It was said that evidence shows Mr McKenzie asking for ‘sexual favours’ in return.

On the night of the killings, Boboc is said to have messaged Mr McKenzie inviting himself over saying he had a special ‘gift’ for him.

The jury was shown CCTV footage of Boboc and Chers walking towards the address at 8.30pm and then coming back the same way at around 11pm.

Footage of them leaving after the murders showed them carrying large items including audio equipment and amplifiers among other valuables such as jewellery they had stolen while inside.

Mr Dent said: ‘There is no dispute after these two defendants walked out of sight, they went into Mr McKenzie’s home – there were just four people within those four walls.’

When police officers eventually discovered the killings, they found the ‘dead and mutilated’ bodies of the two victims in the sitting room.

‘Both men had been stabbed repeatedly while trying to defend themselves,’ Mr Dent said.

Mr McKenzie had 23 knife wounds – the most serious being a cut to his neck – ‘and there were signs he had been tortured’, jurors were told.

Mr Pramanik was stabbed at least three times in the back and abdomen, with his body also showing ‘signs of the deliberate infliction of pain and suffering’, the prosecutor added.

He said: ‘There was an element of macabre display about how these bodies had been dealt with.

‘After his death (Mr Pramanik) had been disembowelled in a gruesome echo of the butchering the defendants carried out at the abattoir on pigs.

‘That’s the terrible state in which the two bodies were left.’