Abortion is a controversial topic in Northern Ireland, where politics is partly driven by a clear divide in a community split by their religious beliefs. New regulations, which were drawn up by Westminster in 2019, came into force in Northern Ireland March this year – but this week Stormont voted to reject the law. The motion, brought by the DUP, passed by 46 votes to 40.

However, the vote has no effect on the laws and the abortion regulation continues to remain in place.

But the DUP said Stormont’s rejection of the bill would send a message to Westminster that the regulations are not supported by Northern Ireland.

Before the vote DUP assembly member Paul Givan said Northern Ireland had been “treated with contempt” by the British government, urging all members to support the motion.

The party said it wants to overturn the abortion laws and argued Stormont should be able to create new legislation. 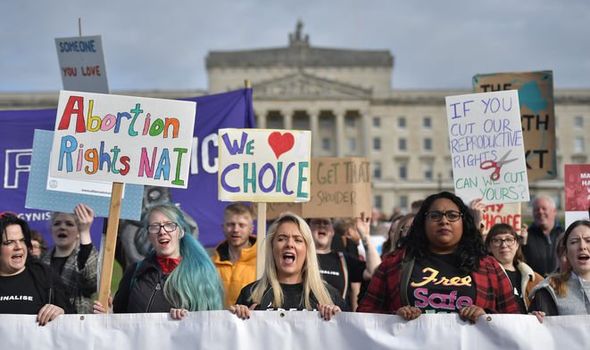 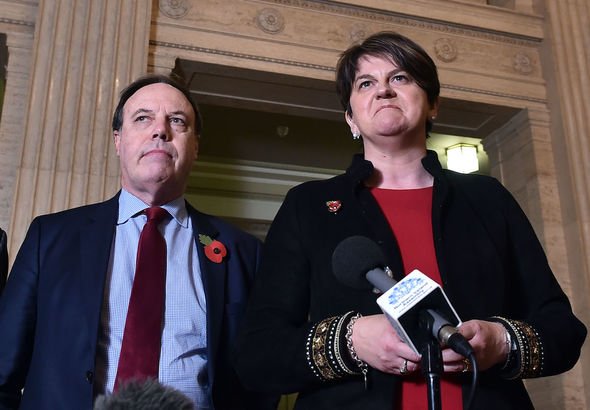 What is the current law on abortion in Northern Ireland?

Northern Ireland has a notoriously tangled relationship with abortion.

Until 2019, authorities in the country only allowed abortions under set circumstances, namely if the pregnancy posed a risk to the life of the mother.

Mothers who wanted an abortion under any other circumstance would have to do so in another country or face a criminal record, along with the person who performed it. 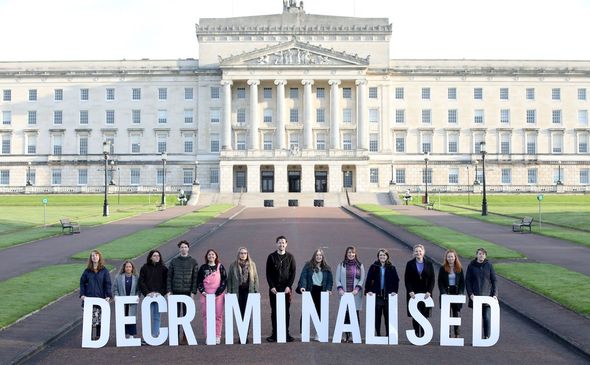 MPs in Westminster voted to decriminalise abortion in the country in July 2019 when Stormont came to a standstill.

Parties struggled to coordinate in Parliament, forcing the British Government to step in.

Their vote tasked the Northern Ireland Office with providing a framework to establish abortion services in the country.

These regulations became public in March this year and set out who would carry out abortions, where and when. 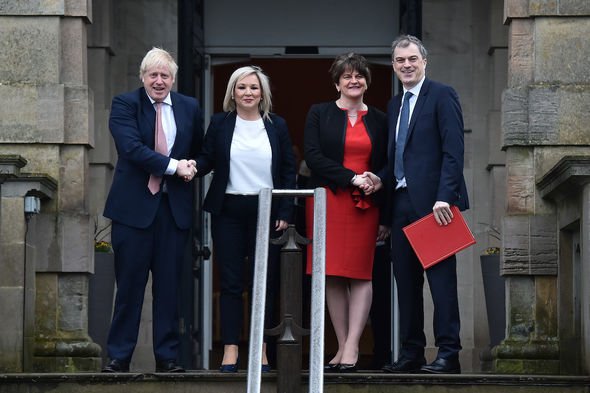 Per the rules, women can undergo procedures until the 12th week of pregnancy, and while they can still undergo abortion after the period, they come with additional conditions.

While the Northern Irish Department of Health has instructed health trusts abortion is now legal, services come on an interim basis.

The DUP motion posted yesterday called for a unified rejection of the Westminster rules.

But while this changes nothing and the new abortion rules remain in place, the vote has still proved contentious.

Sinn Fein attempted to pass an amendment to the DUP motion before the vote, which would have limited the scope of permitted abortions.

The party sought to prevent terminations at any time in cases of non-fatal disabilities such as Down’s syndrome.

Other parties thwarted their attempt, however, which was defeated by 20 votes.

Mid Ulster Assembly member Emma Sheerin said Sinn Fein wanted to pursue a “compassionate and reasonable approach to healthcare, but not one that would see abortion treated as a mainstream, normalised option.”

Ms Sheerin added the DUP’s motion was an attempt to “attack” healthcare for women.

She said: “Sinn Féin do not believe that a non-fatal foetal abnormality is an appropriate criterion for an abortion.

“We don’t support the DUP’s cynical attempt to attack the entire body of human rights-compliant healthcare for women,” she said.

“We are not in favour of blocking the right of women in a crisis to take a decision that they feel is the best for them just because other people are uncomfortable with it.”