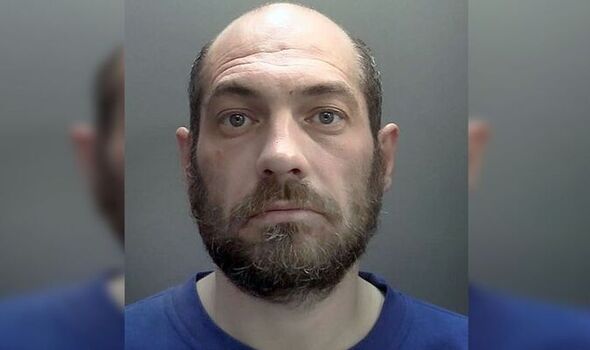 Michael Carl Elkerton, 39, of no fixed address, knew the vulnerable pensioner had recently suffered a stroke as he had been in a relationship with her niece, Leicester Crown Court was told. Elkerton admitted the burglary which came just months after he had been released from jail for preying on an elderly couple in an aggravated burglary at their Oadby home in 2015.

He then helped himself to between £300 and £400 in cash while distracting the woman.

Sentencing, Recorder Adrian Reynolds said: “On January 17 this year you were released from a nine-year sentence for an appalling aggravated burglary on an elderly couple.

“This offence happened three months later, when you went to the home of an elderly woman.

“She was partially disabled because of a stroke.

“You knew this because you’d been in a relationship with her niece and thought there would be easy money.

“She was frail and vulnerable.

“This was absolutely despicable.”

Robin Howat, mitigating, said the victim later described Elkerton as having been polite and non-threatening throughout.

But Mr Howat added that the defendant accepted it was a gross violation of her home.

He said: “He was homeless at the time and back on drugs.

“He was desperate and chose to go and take money from this lady, not expecting it to be in the hundreds.”

Elkerton was jailed for five years and three months.