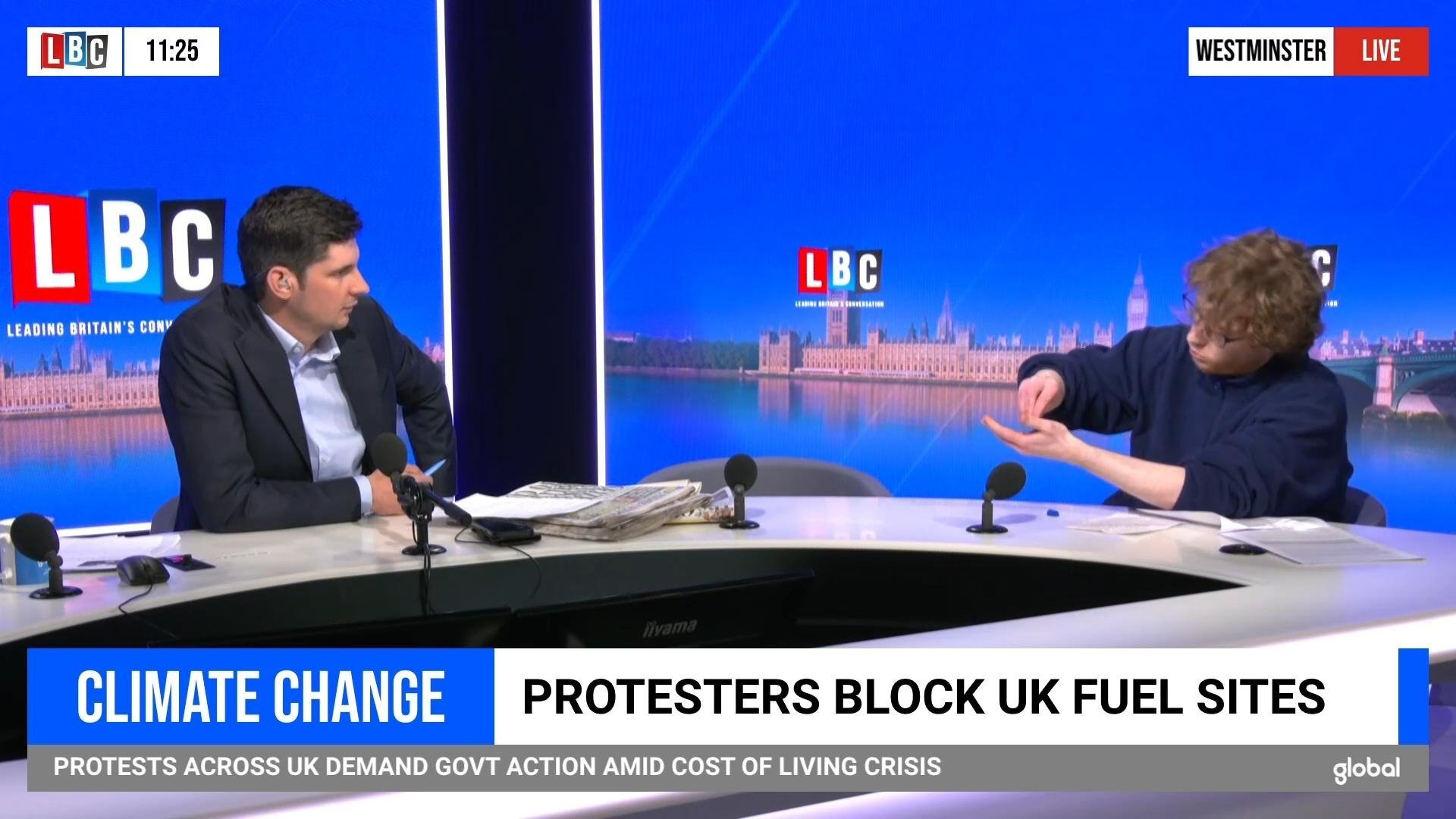 An activist has glued himself to an LBC microphone and is refusing to leave.

The eco-protester claimed LBC was ‘not using’ their ‘massive platform’ to share the dangers of the climate crisis, and took out a small tube of glue.

He then stuck his palm to the microphone.

Mr McGovern said ‘people need to be aware’ which is why he pulled the stunt.

He told Mr Swarbrick: ‘You have a massive platform, a microphone that you can use to tell people about the situation we’re in and you’re not using it.

‘An ordinary person like me is having to take the microphone and tell your viewers the situation we are in.’

He added: ‘I’m having to take the microphone in a situation like this, and having to tell people the situation we are in, because people like you will not.’

The LBC presenter responded: ‘For those of you listening wondering what the banging on the microphone is, Mr McGovern seems to have, you’ve glued yourself to the microphone? That’s fantastic.’

Mr Swarbrick was forced to move studios to continue his segment.

Following the disruption, Just Stop Oil tweeted: ‘Every new oil and gas facility tightens the noose around the necks of our young people.

‘If the media will not communicate their predicament they will have no choice but to take the microphone.’

It comes after the group held demonstrations at oil facilities in Essex, Hertfordshire, Birmingham and Southampton last week.

Activists sat on roads preventing tankers from leaving the sites while others appeared to glue themselves to the ground.

In recent weeks, members of the group have tied their necks to goalposts at Premier League games to demand the government ends fossil fuel supply projects.

Mr McGovern was dragged from the pitch at a Tottenham Hotspur v West Ham game during a protest.

He told the Independent: ’I hope to be able to get through to all of those fans.

‘Because they’re the people who are going to be affected or already are affected by the climate crisis.’