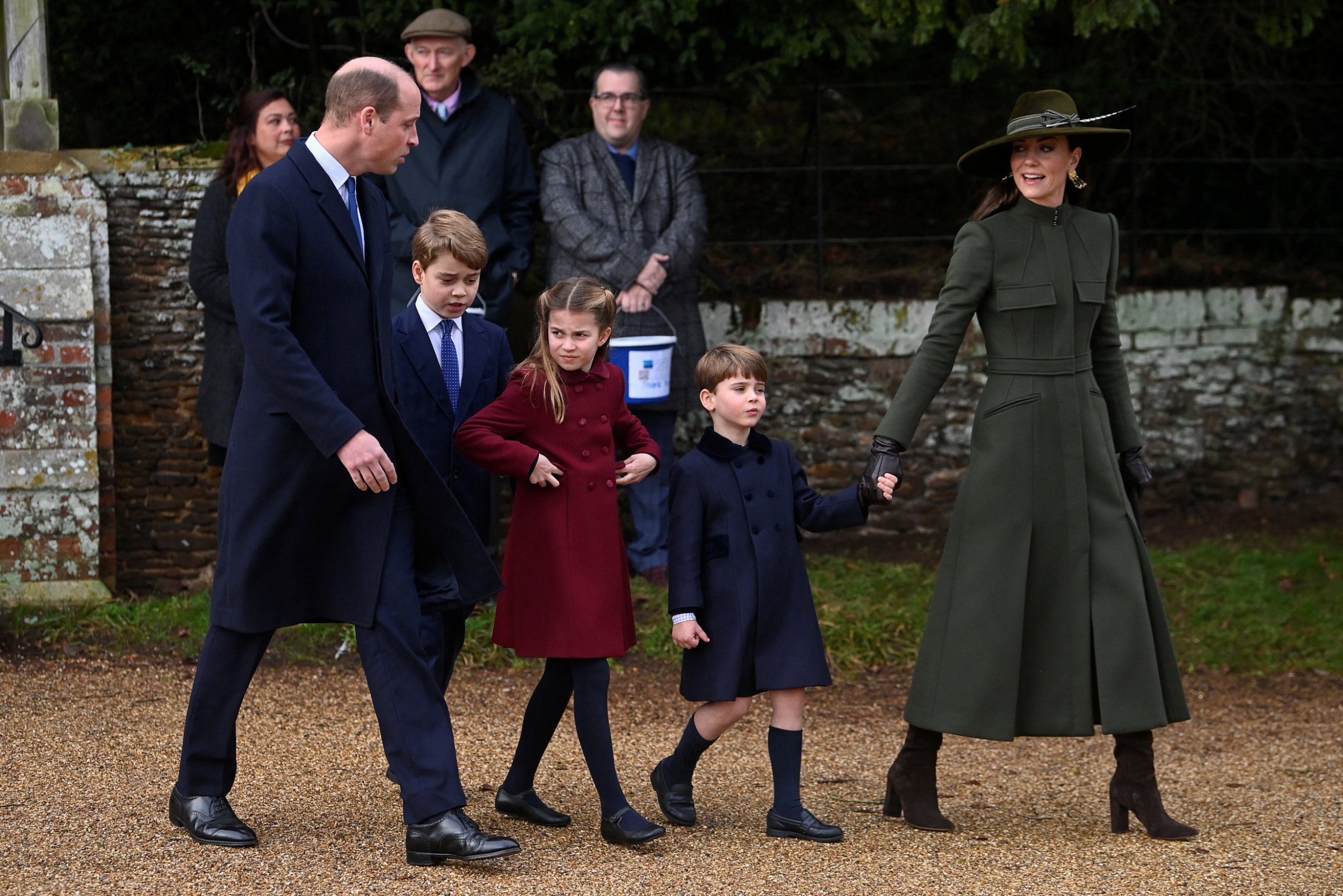 Fans of Beano’s Dennis the Menace character may identify some of his most lovable traits in Prince Louis.

Mischief seems to be the four-year-old’s second name to the delight of members of the public who greeted the Royal Family after the traditional church service at Sandringham yesterday.

Joined by the Prince and Princess of Wales and their children, the King attended the Christmas Day church service for the first time since the death of his mother, the Queen.

For those used seeing the late monarch at the service at at St Mary Magdalene Church, this may have been a sombre affair, but Louis ensured the crowds were entertained.

The youngster stuck close to his mum’s side throughout the day, but as the two were making their way along the line of people he became distracted by all the gifts from well-wishers.

His family continued moving forward, leaving Louis to fall behind the main group.

Video shared on social media shows him suddenly realising there is a big gap and is seen breaking into a run to chase after his parents and siblings.

‘He really is a sweetheart,’ one person commented on Twitter.

In another adorable clip, he can be seen pulling Kate away from the crowds, seemingly having lost interest.

One Twitter user joked: ‘Prince Louis has an appointment it seems.’

‘This kid is constantly a menace and I’m so here for it,’ another wrote.

Some called out, ‘We love you, Louis’ while the boy waved back at onlookers.

At one point, he also pulled open his long blue jacket to reveal he was dressed in purple shorts and socks despite the cold weather.

Gemma Clark was one of the well-wishers who had travelled to Sandringham for the event, the Sun reported.

The 42-year-old said: ‘I spoke to lovely Louis. He is always so cheeky. I gave all the children presents and Louis said, “Thank you very much” and “Happy Christmas”.’