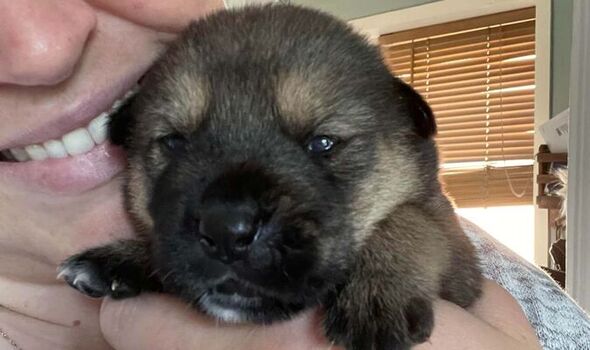 According to the RSPCA, the abandoned litter was found by a passerby who was walking through a wooded area in Huddersfield, Yorkshire, on Monday 20 June. The walker, fortunately, spotted a rubbish bag and went to investigate, before rushing the pups to a local vet. The vet checked them all over and estimated that they were just a few hours old – as they had their umbilical cords attached. 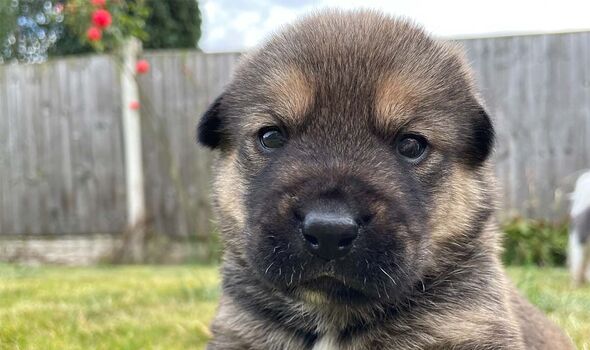 RSPCA deputy chief inspector Sara Jordan collected the pups and took them into the centre’s care, while an investigation was launched to find the person responsible.

Experienced staff and experts, including a veterinary nurse and staff from RSPCA Doncaster, Rotherham and District branch, each fostered a pup from the rescued litter. All needed round-the-clock care to be hand reared and Sara also took one of the litter to her South Yorkshire home and named her new addition Tippy.

Heartbreakingly, the rest of the litter, which are believed to be of a German Shepherd type-breed, had congenital defects or serious infections and all passed away over the following days despite receiving such dedicated care.

One had previously developed breathing difficulties shortly after she was found and a vet decided the kindest thing to do was to put her to sleep to end her suffering.

Despite this, Tippy has survived and is going from strength to strength in the arms of her rescuer – and even tried to talk to her new mum. 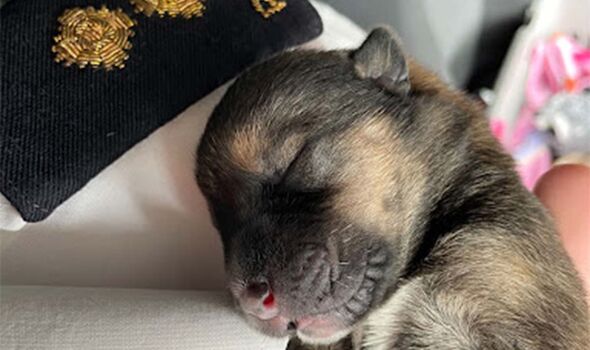 Sara said: “The puppies required very intense care as they were completely reliant on us, as they would be their mother. But sadly it seems they had some congenital defects or infections which meant despite everyone’s best efforts they could not survive.

“The ray of light is that Tippy seems to be doing so well although it has been touch and go. She almost died three times due to urinary infections but each time she was given immediate veterinary treatment and had the fight to pull through.

“She is really gaining a personality now and it was a relief when she opened her eyes at two weeks old. She definitely sees me as her mum and is always very close to me and tries to talk to me especially if it is feeding time – or if she is complaining because it is too warm.

“Initially she had to be fed every 90 minutes so I was up in the night quite a lot and I had to take her everywhere with me to keep a very close eye on her. I juggled it with my work as an RSPCA inspector so it was very tiring but absolutely worth all the effort as she is so adorable.” 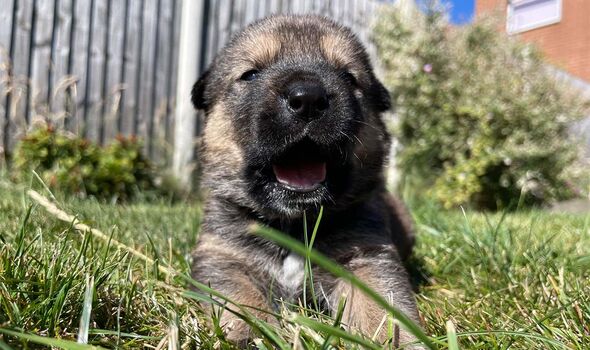 Tippy, aged five weeks old, is now enjoying life with Sara’s own pets – seven dogs and six cats and once she is in full health a permanent home will be found for her by the animal welfare charity.

Meanwhile, Sara is continuing to investigate and find the person responsible.

She said: “It is so callous to think these vulnerable puppies who were only a few hours old had been dumped like this. I am concerned that their mother is out there and also may require veterinary attention.”

Anyone who saw anything suspicious in the area at the time or who knows a dog who recently gave birth but doesn’t have a litter to nurse should contact the RSPCA’s appeal line, confidentially, on 0300 123 8018.

The RSPCA is highlighting this story as part of its Cancel Out Cruelty summer campaign, which aims to raise funds to help its rescue teams out on the frontline continue to save animals and to raise awareness about how to stop cruelty to animals for good.

According to the organisation, the RSPCA receives around 90,000 calls to its cruelty line every month. However, in the summer, calls rise to 134,000 a month and filed reports of cruelty soar to 7,600 each month – a heartbreaking 245 every day.

Coupled with the cost of living crisis the charity is bracing itself for a summer of suffering and needs the public’s support. Their frontline teams are working hard to rescue animals in need this summer but can’t do it alone. To help support the RSPCA, visit: www.rspca.org.uk/stopcruelty