Meghan Markle to 'take narrative back' in podcast says expert

Meghan Markle revealed on her podcast, Archetypes, that she was “outraged” at being forced to continue the tour in South Africa after a “fire” broke out in young Archie’s room. However, cheering crowds and a life-changing experience awaited the royals that would have been completely missed if the couple had avoided their obligations.

Meghan shared on the podcast that a “fire” had broken out in young Archie’s room during their first tour in South Africa in September 2019.

Archie was just four months old when the incident occured but thankfully was not in the room when the heater began smoking.

The heater was swiftly unplugged and dealt with and the family was moved to a different accommodation for the rest of their time in Cape Town.

It caused understandable distress for the first-time mum, and she was upset that she had to continue with the official engagements the couple had arranged.

Royal expert Angela Levin said: “Meghan was outraged that she had to go on another royal engagement in South Africa after she heard there was a fire in baby Archie’s room.” 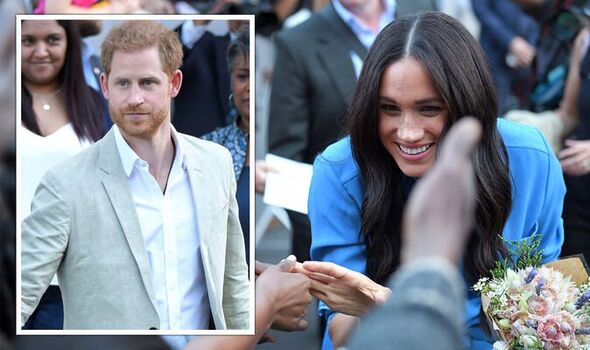 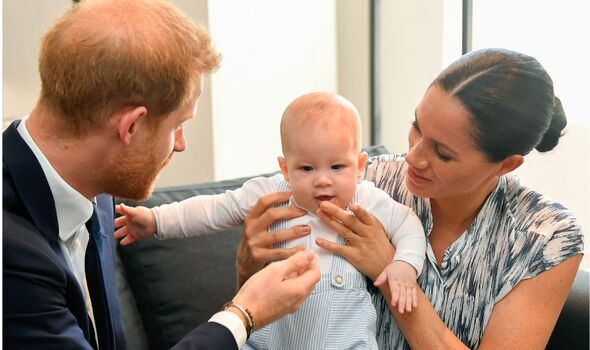 At the time, the couple were senior royal family members and had obligations to fulfil, although they still would have had final say on whether to continue the tour.

Ultimately the couple continued with their engagements, heading to District Six on the same day of the fire incident.

Had the Sussexes not gone, their cheering audience waiting for the royals outside the District Six Museum would have been utterly disappointed.

Many in the crowd had brought heartfelt gifts, while Prince Harry was presented with a portrait of himself painted by local artist Adrien Mallel.

Town & Country reported that the artist had been attempting to get the painting to the Prince for “quite a while”. 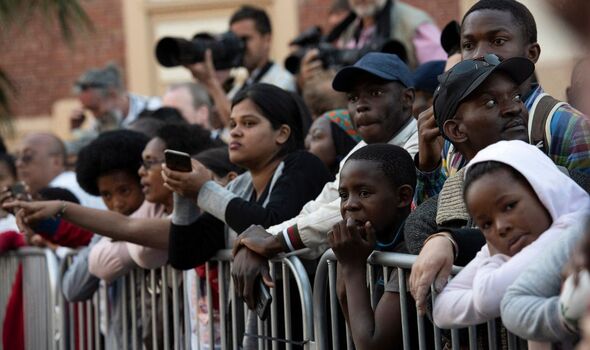 After her brief encounter with royalty, Mallel shared that Meghan had “loved” the artwork and “thanked me very much”.

The artist praised the couple for “setting such an incredible example” through their charitable work.

Prince Harry was not the only one receiving gifts, as a little 10-year-old presented the Duchess with a bouquet.

The bunch of Proteas, South Africa’s national flower, was given by young Ludwig Brink, while his mother Renee exclaimed: “I’m so happy that they’re here.”

Five-year-old Taya Lievenberg adorably presented the Duchess with a teddy bear after her mum, Tam, had “screamed her lungs out” to get Meghan’s attention.

Following their lively welcome to the museum, the couple were ushered around by the director Bonita Bennett.

The District Six Museum holds the devastating reality of local residents who were displaced during the Apartheid regime.

In 1966 the government declared the area to be a “white-only residential area”, forcibly relocating the 60,000 people living there at the time to other areas miles away depending on their racial classification.

Bennett hoped that the royal visit would attract more people to the museum, both locally and from abroad, to tell the stories of these thousands of people to a wider audience.

The Sussexes were also able to meet some people who were affected by the 1966 displacement, including Joe Schaffers who was 27 when he received the forced relocation notice. 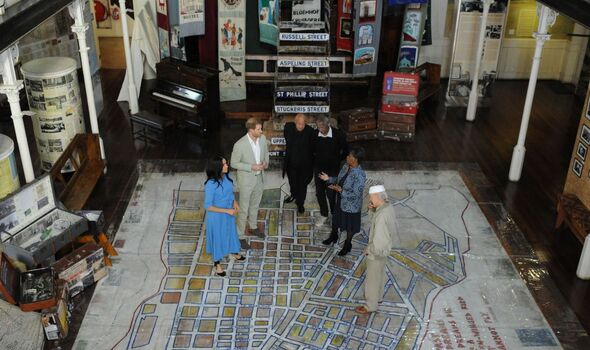 Schaffers, now 83, reported after his time with the royals how Meghan was “really moved” by the stories of the people, and how the couple “had never looked at the psychological aspects of it”.

He added: “She felt it and said it was going to take a long time to change things.

“I think Meghan could identify with that because of her own family’s past.”

The importance of Harry and Meghan sticking to their royal engagements despite the fire incident was epitomised by Schaffers.

He said that their visit “gives us hope that out there there are still people very concerned about what’s happening in this country”.

Schaffers reported that “protocol went out of the window” when the royals arrived to their adoring crowd outside the museum, saying it was like a “pop festival out there”.