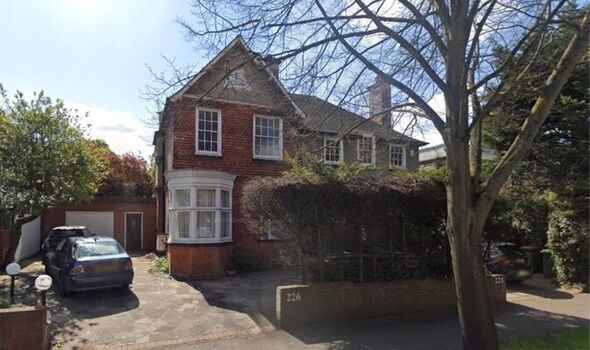 A house that hosts sex parties is facing backlash from a local councillor who wants it classified as a business.

The former vicarage has previously been the subject of complaints from neighbours who say that revellers have been noisy when leaving.

The property hosts up to 10 adult events a week and its website, House of Poiter, boasts of “play” rooms and a dungeon, reports MyLondon.

The independent councillor has written to the leader of the council, Ruth Dombey, calling on her to take action.

He claims the council has been “reckless” in not considering the property to be a business.

According to its website, there are no entrance fees for parties, but it is “usual to request a contribution from guests” to cover the costs of maintaining the house and providing refreshments.

This can be up to £120 for single men and £50 for couples, but single ladies always go for free.

Sutton Council said it is in the process of conducting further investigations into the property but had previously found no breaches of planning or safety regulations.

Cllr Mattey said: “As the council refuses to classify the business as a business, it is not obliged to meet the stringent rules that cover fire alarms, fire escapes, a complete full health and safety risk assessments, and proper method statements.

“It does not have to hold public liability insurance or comply with the electricity at work act, nor does it need to meet hygiene standards for food prepared for staff and clients.

“There is no limit on the number of people that can be present at the building at one time.”

Sutton Council previously confirmed public complaints relating to the property dated back to 2003.

Cllr Mattey added: “The council is letting down the women who work there by failing to protect them.

“Anyone restrained in an underground dungeon is going to find it extremely difficult to get out without assistance in the case of a fire.”

In his letter to Councillor Dombey, he asked her to instruct council officers to treat the property as a business.

He told her that many councillors “feel a sense of shame” that the council has failed to act.

The issue has also been taken up by Labour councillor Sheldon Vestey.

He said: “We’ve received correspondence from a resident who is concerned about this.

“We are going to look into this and I am very surprised that the council hasn’t been in touch with them about this.”

A spokesperson for Sutton Council said: “The council takes all resident complaints seriously, but does not seek to interfere in people’s use of their own home unless there is significant and persistent impact on neighbours.

“The council has conducted previous investigations into this dwelling, none of which has resulted in there being evidence to show any breaches in planning or health safety regulations.

“Our commitment to residents has always been that we will continue to treat any new information with the utmost importance.

“As a result, we are currently conducting further investigations. We cannot comment further at this stage.

“If residents have concerns about suspected criminal behaviour, the welfare and safety of individuals, they should contact the police”.

Express Online has contacted House of Poiter for comment.