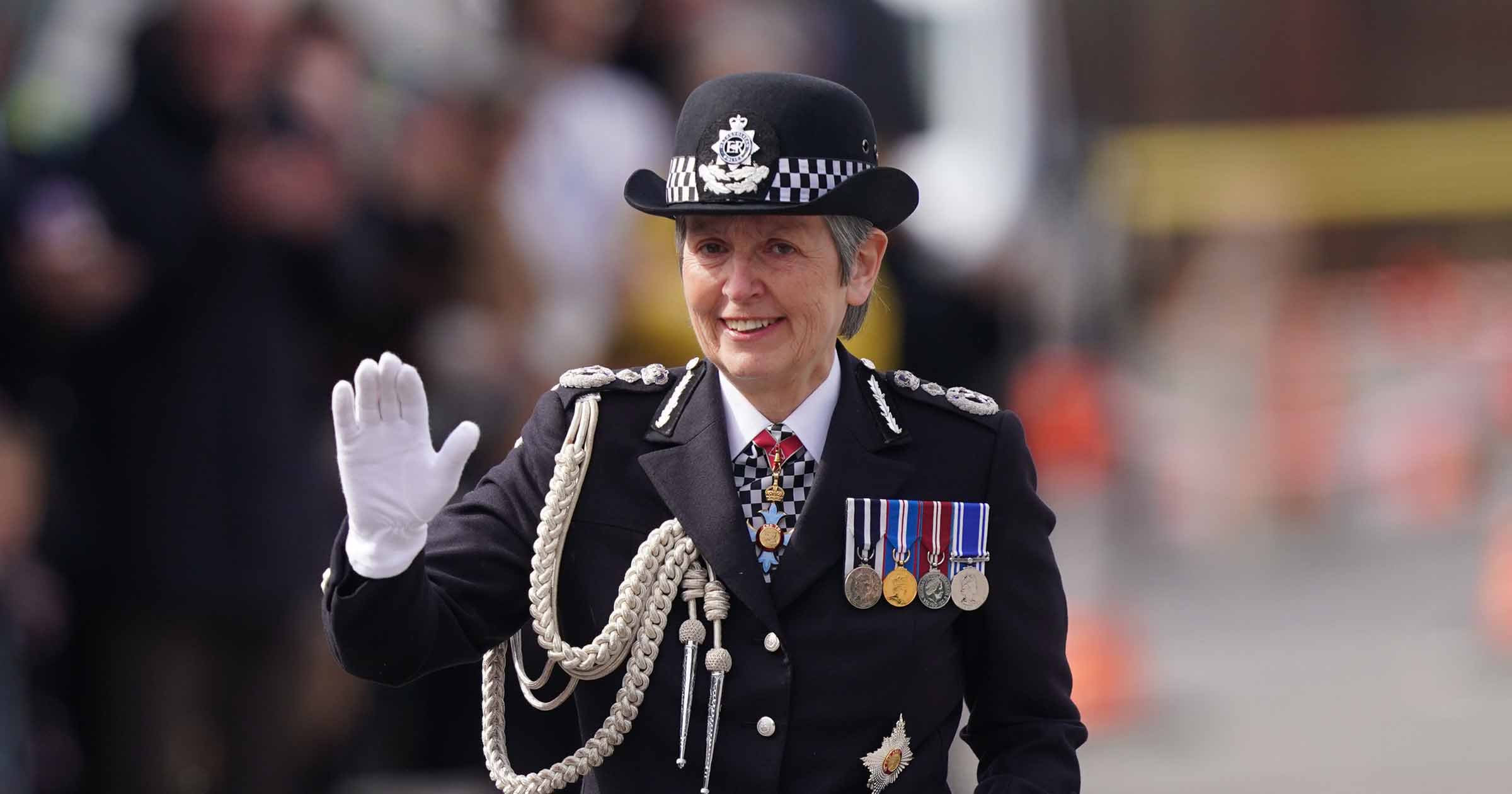 The search is on for Cressida Dick’s permanent replacement as commissioner of the Metropolitan Police Service.

The successful candidate will become Britain’s most senior police officer and will be in charge of more than 46,000 staff.

The ad, which has been published by the Home Office, states the ideal candidate must be ‘inspirational’ and have extensive experience of leading a policing organisation.

Dame Cressida, 61, was effectively forced to quit as commissioner of the Met in February after a string of controversies and accusations of a toxic culture within the force.

She resigned following months of pressure to go amid a series of scandals including the murder of Sarah Everard by serving police officer Wayne Couzens and PC’s taking photos of the bodies of murdered sisters Bibaa Henry and Nicole Smallman.

But the situation reached a head following the publication of a report that detailed the racist, misogynist and homophobic messages shared by a group of officers based at Charing Cross police station.

She handed in her resignation after failing to convince the mayor of London Sadiq Khan that she could reform the force.

Dame Cressida’s last day in the job was last week when she claimed that during her time in policing, the Met had become ‘more diverse and more professional.

However, the advert for her successor makes clear that whoever takes on the job will have a lot of work ahead of them to address the ‘serious failings’ which have been identified by two reports into the force.

‘It has become evident that significant and sustained improvements need to be made within the MPS to restore public confidence and legitimacy in the largest police force in the UK,’ the ad states.

‘You will lead the service through significant change, role-modelling credible, visible and empowering leadership to address concerns around police conduct and tackling institutional culture.

‘The successful candidate will be responsible for re-establishing trust and confidence in policing amongst everyone living in London, particularly women and girls and those from Black, Asian and minority ethnic communities.’

It is understood Mr Khan and the Home Secretary Priti Patel will work together to appoint the new commissioner.

Mr Khan previously said he would not support the appointment of a new commissioner unless the candidate could demonstrate ‘they understand the scale of the cultural problems within the Met’.

While there is no clear frontrunner to replace Dame Cressida, a number of names have been mentioned as potential candidates, since her resignation.

Matt Jukes, an assistant Met commissioner currently working as head of counter-terrorism, is seen by many commentators as a likely contender.

So too is Neil Basu, assistant commissioner for the Met and former head of counter-terrorism who was tipped for the job in 2017 before losing out to Dame Cressida.

Another potential replacement is Lucy D’Orsi, the Chief Constable of the British Transport Police, who was previously a senior officer at the Met.

Other names mentioned in connection to the post are Sir Stephen House, Nick Ephgrave and Andy Cooke.