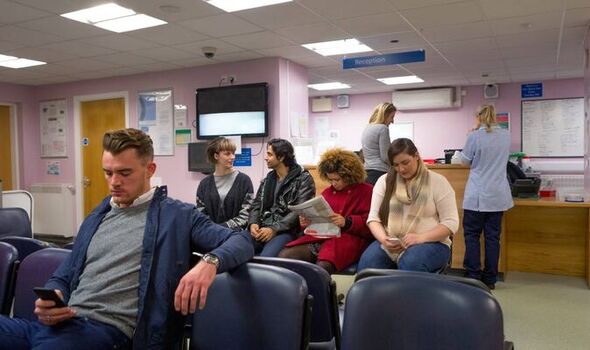 According to our analysis, University Hospitals Birmingham NHS Foundation Trust is the worst performer in newly published figures. Waiting times hit the target of people being attended to in four hours or less in just 57 percent of cases in 2021-22, with nearly 170,000 patients waiting four hours or more, down from 77.6 percent in 2020-21.

The second-worst performing area was Hull University Teaching Hospitals NHS Trust, where just 58 percent of people attending A&E were seen within four hours, down from 77.8 percent.

Health policy analyst Roy Lilley said: “It is down mostly to the fact that all hospitals are chock-a-block and they’ve got 25 percent of their beds occupied by people who don’t need to be there.”

“They really should be discharged. The difficulty is getting discharged because social care services are responsible and they’ve got 160,000 vacancies that are paying less than the real living wage.”

“This also lies behind all these ambulance delays and everything that’s wrong – you whizz across town with a blue-light ambulance and join a queue of dozens of other ambulances outside the hospital, which can’t actually admit anybody to a bed.”

A spokeswoman for the NHS said: “Staff have been working exceptionally hard to provide the care patients have needed over what has been the busiest summer ever for emergency ambulance call-outs, while at the same time still treating thousands of patients with Covid-19 and making progress on treating patients waiting the longest for elective care, with waits of two years virtually eliminated and waits of more than 18 months continuing to fall.”

“Health and social care leaders are already implementing plans to further build resilience ahead of what is likely to be a challenging winter.”