Aerial footage has shown the enormous queues of Britons waiting to get a glimpse of the Queen ahead of her lying in state at Westminster Hall, with lines stretching over Lambeth Bridge, nearly a mile’s walk from where the Queen’s coffin will rest, and beyond. The crowds are reportedly growing by several people every 30 seconds with no sign of abating as the Government issues warnings over how to handle the continuously moving queues. It is thought the queue might reach four miles up the Thames to Southwark Park in Bermondsey before the public are even admitted to the lying in state.

People have been camping out for days already for the chance to pay their respects to the Queen.

People arriving at 7am on Tuesday managed only to secure places behind the first hundred or so.

The queues are now predicted to stretch almost 10 miles across London at the peak of visiting times as the Queen’s coffin is laid to rest until next Monday.

The overwhelming sentiment among those waiting has been a need to pay their respects, those present have said, with many adding they had never really considered themselves royalists.

Small friendship groups had started to form among those waiting, with people offering around their snacks and keeping an eye on their neighbours’ bags so they could take comfort breaks.

The period of her Majesty’s lying in state will come to an end at 6.30am next Monday as London then prepares for what is almost certainly going to be the biggest state funeral the capital has ever experienced. 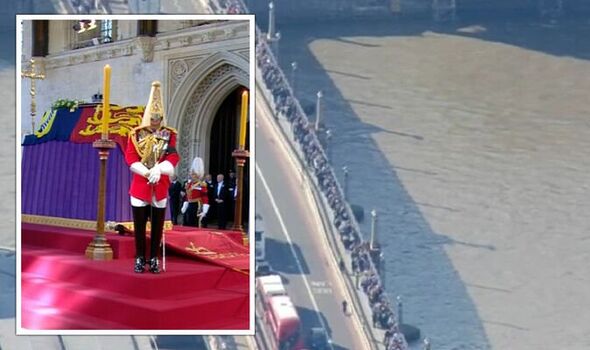 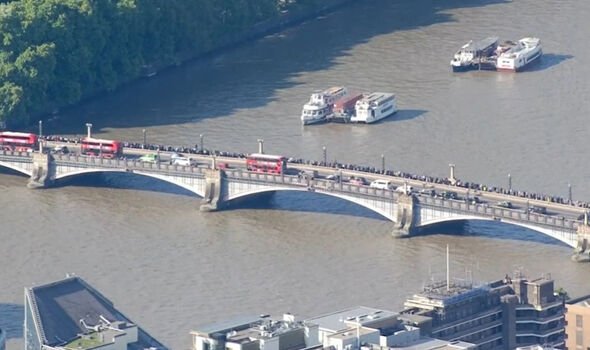 People of all ages have joined the huge queues to pay their respects to the Queen ahead of her state funeral.

Rosie Bucknell, aged just seven, was one of the youngest present and was there partly for her grandfather Edward, who at the same age as her camped out in London for the Queen’s Coronation in 1953.

Her mother, retired Army Major Aisling Bucknell, won permission from her daughter’s school to take her to the lying-in-State.

Little Rosie, from Stanford Dingley in Berkshire, whose yellow wristband A 269 marked her place near the front of the queue said: “I set my alarm at 5 o’clock in the morning. We got on the train at 6 o’clock and we were here at 7 o’clock.”

Asked why she was there, Rosie gave reasons shared by almost every adult in the queue.

She said: “I think it is good if we say goodbye to the Queen before she goes up to heaven. When we go into where she is, we will pay our respects.” 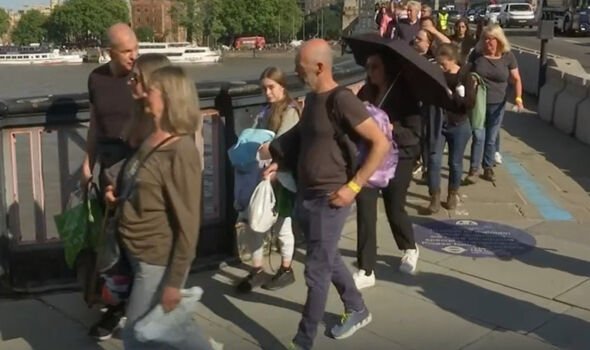 And the mourners in line were not limited to those living in the UK, with a number of people travelling from abroad to say their goodbyes.

Kate Paysen, 58, had flown from Lisbon just to be in London for the lying in state. Ms Paysen, who grew up in the UK but emigrated in 1998, said: “I always felt that when the Queen died I would come and pay my respects.

“My father was in the Army and I grew up in a royalist household, and I think it’s important to come and be part of history. I think the Queen for me always made me feel proud to be British.”

Sarah Santangelo, 50, is based in the US but has been back in the UK for a few months. She said: “I always said that if anything ever happened to the Queen I would fly back, it just happened I was already here when she passed away.”

Ms Santangelo added: “She’s sacrificed her whole life for this country, the least I could do is pay my respects.” 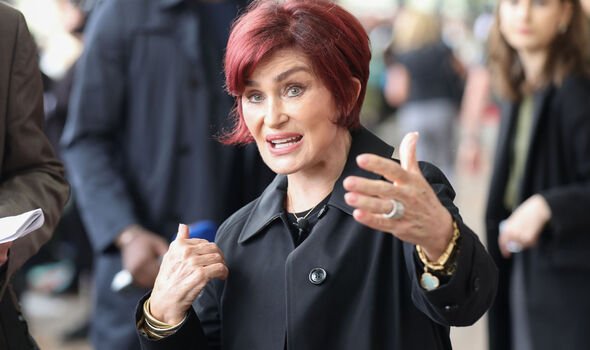 Among those present in the queues was former X-factor judge Sharon Osbourne as well, who handed out food to those waiting in line.

Speaking next to the queues, Ms Osbourne said: “I’ve come down to talk to all these amazing people waiting to pay their respects.

“I wish I could wait in line for 30 hours myself, but I’m just not that brave anymore.”

One woman in the queue shouted: “You look amazing Sharon”, to which she replied: “Thank you my darling.”

The star delivered croissants, KitKat chocolate bars, and soft drinks to people while she chatted to them.