Residents in a sought-after commuter town are furious as road signs have been spelt incorrectly.

The latest gaffe in Bromsgrove, Worcestershire, is at one of the town centre’s busiest road junctions, and directs drivers to “Brimingham”, rather than Birmingham.

Another sign in the town, constituency of former Home Secretary Sajid Javid, spells the high-end Oakalls housing estate as “Oakhalls”.

The “Brimingham” sign, at the junction of the Birmingham Road and A448 Stratford Road, has only recently been erected.

But leaves are currently obscuring part of that sign at the moment, saving transport chiefs’ blushes, reports Birmingham Live.

Road signage falls under the jurisdiction of Worcestershire County Council rather than Bromsgrove District Council.

Reaction to the signs has caused a mix of frivolity and annoyance in the town, just off the M5 in the Midlands. 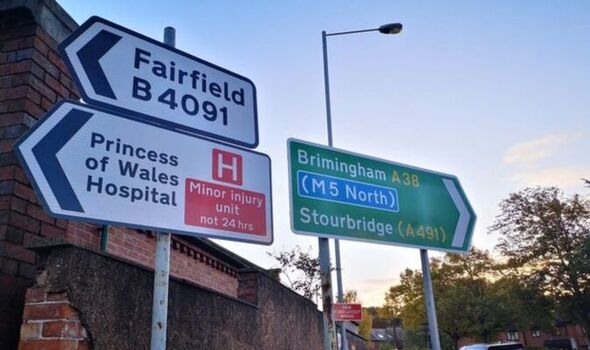 One resident wrote on Facebook: “It gets me because so many people now think they ‘live on the Oakhalls’. You don’t!”

While a third commented: “Well it does make sense, if you think about it!! We’re Brummies not Burmmies!”

Another man added: “Well there’s £500 of tax payers money wasted. You would think somewhere along the line someone would have noticed before putting it up.”

Many drivers have taken a double take while others said they have found it hard to notice the error, even after staring at a photo of the sign for several minutes. 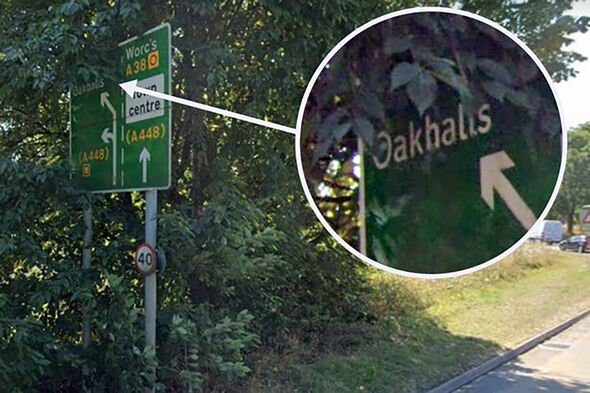 The town at the end of the Cross City Train Line from Lichfield via Birmingham New Street to Bromsgrove has grown in popularity in recent years with families and young professionals.

Bromsgrove is one of the most desirable towns on the southern border with Birmingham, close to the celebrity haunt of Barnt Green and with a burgeoning restaurant scene.

It counts Conservative MP Mr Javid as a resident in its village of Finstall and has nurtured famous names from Ritchie Neville of boy band Five to Gymshark’s founder Ben Francis and Harry Potter actor Mark Williams.

“An initial investigation has shown that the spelling mistake on the Birmingham sign was an error in sign production.

“We are working with our contractors to get the sign amended as soon as possible and we will also be reviewing signs in the nearby area.

“Signs that need corrections will be edited free of charge to the taxpayer.”

While the average house sale price in the past year has been £299,280, according to Rightmove, the majority of sales in Bromsgrove at that time were for detached properties fetching an average £441,364.

Taking to Birmingham Live’s comments, one person wrote: “Did they ever go to school I wonder!!”

Another person said: “Goes back a long way. Over 50 years.

“Housman Close in Charford had signs reading ‘Houseman Close’ for decades. Remember being confused as a paper boy.”