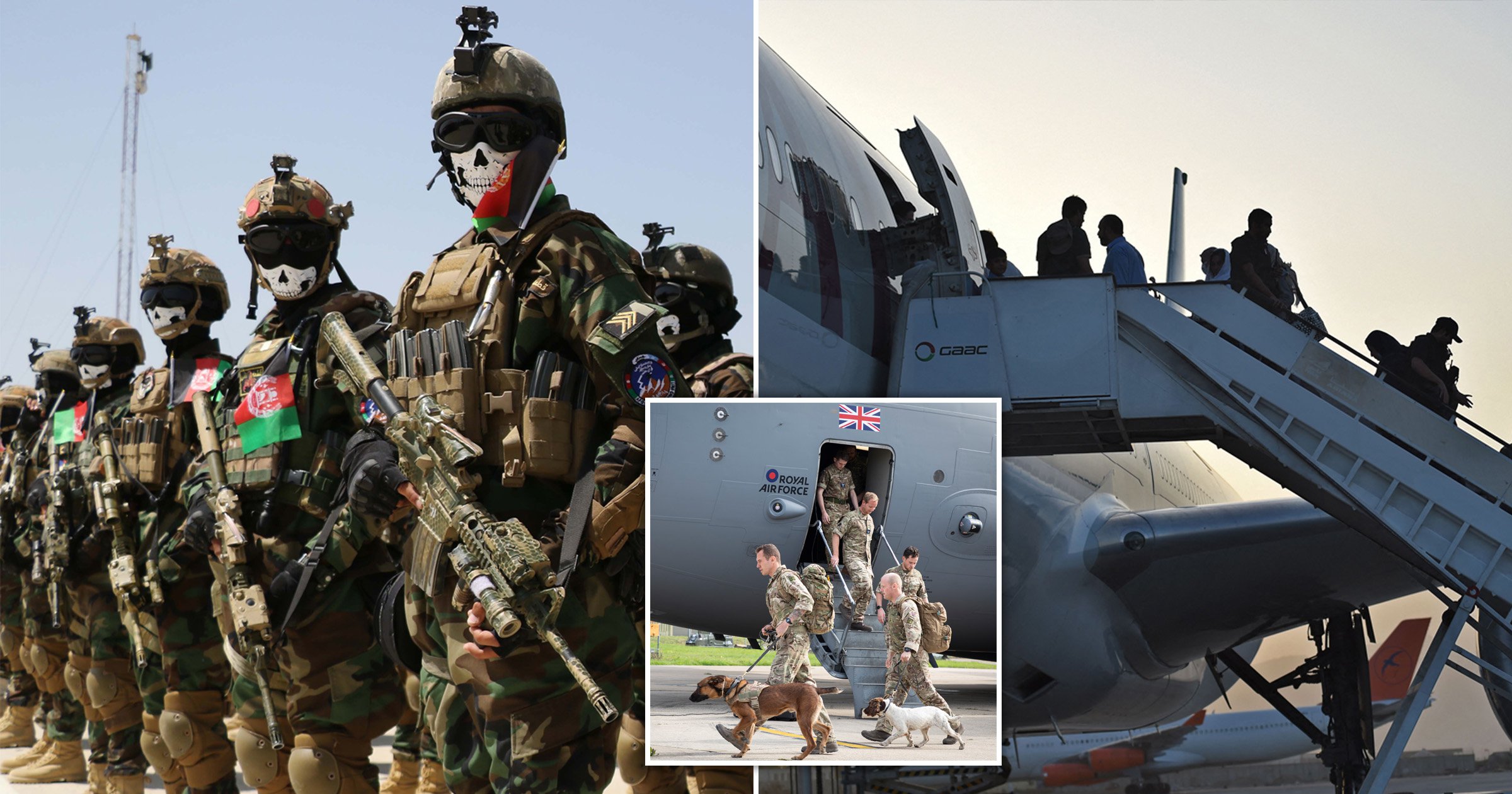 The pre-dawn raid is believed to have happened as he was quarantining with his family after arriving on a British evacuation flight last month.

The motivation for the arrest is unclear and authorities declined to comment.

His case is not thought to be of concern to the security service, MI5, but an investigation in ongoing.

Sky News said it is understood that he is being held under immigration powers.

A person can be held by police for up to four days without charge if they are suspected of a serious crime.

This extends to a maximum of two weeks without charge if arrested under anti-terrorism laws.

It has now been more than a week since the suspect was arrested.

The man is believed to remain in detention after the raid took place around August 31 to September 1.

Both the Ministry of Defence and Home Office have declined to comment. A spokesperson for the government said: ‘We don’t comment on individual cases.’

The commando and his family were placed in a hotel under the government’s traffic light system which has Afghanistan as a red list country.

More than 15,000 people including Afghans and British nationals were airlifted back to the UK under Operation Pitting following the Taliban’s takeover.

But Afghan special forces members, many of whom were trained by and fought alongside British troops, have been left behind.

Fears remain for the commandos, former interpreters and others linked to the UK-US coalition’s operations who have been left behind.