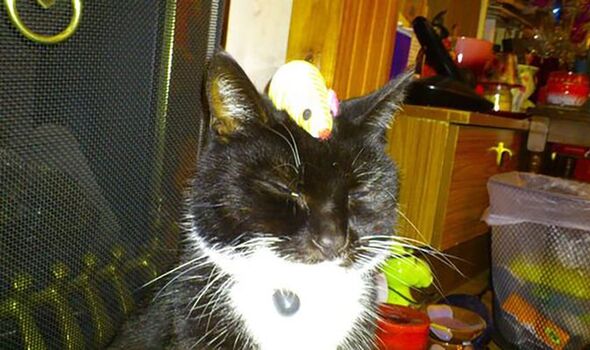 Daniel Margetts, 39, was mortified to find the fox “shaking her (his cat) out in his jaws” in his back garden on Monday not long after Jinx, his 16-year-old moggie, left her cat flap in the conservatory. He’s now shared a stark warning to other pet owners as he’s convinced the fox must have spooked Jinx, who was deaf.

Speaking from his home in Bridport, Dorset, Daniel said: “I heard was a commotion, looked out of the window and saw a fox shaking her out in his jaws. I ran out as soon as I could and by the time I did, the fox was gone.

“She was there gasping for air. I brought her indoors and within a few minutes she died.”

Daniel told Dorset Live he believes Jinx may have lashed out at the animal after becoming scared by it.

But the man, who has another cat called Loki, admitted he has been left hugely shocked at the tragedy.

Daniel continued: “I shared a post online in a local community group and I put it on there to warn people that a violent fox is possibly attacking pets and cats. A lot of people were surprised and asking how did I know it happened, but I saw it out of my window.

“I have seen the fox around and I have seen badgers around the area. It was a shock. It took some time to calm down from it and realise what had happened.”

He described Jinx as being “very friendly and all the local children would stop and stroke her outside the front of our house” and “well known” by his neighbours.

“I am not saying all foxes are bad. I love all wildlife and I don’t want people to think if they see a fox they will attack animals, but I am just urging caution,” Daniel continued.

“There might be a fox in this area that’s a bit vicious.”