Iran’s state TV reported yesterday that the British-Iranian dual national was facing a new charge, citing an unnamed official. Her local MP Tulip Siddiq later said she had spoken to Mrs Zaghari- Ratcliffe, confirming that she had appeared in court on Tuesday. Ms Siddiq tweeted: “She will face another trial on Sunday.

“I know many people are concerned about her welfare and I’ll keep everyone updated when we have more information #FreeNazanin.”

The Labour MP for Hampstead and Kilburn said: “This is an extremely worrying development. I know many people are concerned about Nazanin’s welfare.

“The last four years have been excruciating for her husband Richard and daughter Gabriella, who is growing up without a mother.

“The United Nations have recognised Nazanin’s imprisonment as unlawful, and any further court case is unacceptable.”

Last night the Foreign Office said the new charges were “indefensible and unacceptable”, adding: “She must not be returned to prison.” 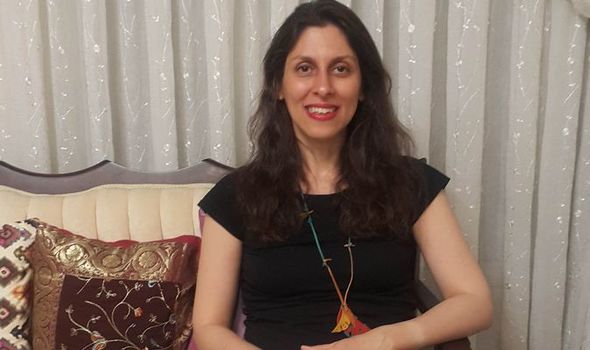 Iran-born Mrs Zaghari-Ratcliffe, 41, holds dual British-Iranian citizenship. She was arrested at Tehran’s airport in 2016 while travelling to show Gabriella – now six – to her parents.

The charity worker was jailed for five years for spying, which she denies. She was granted temporary release this spring because of the pandemic. It has been claimed she is being held in order to force Britain into settling a multi-million pound dispute with Iran.

The debt dates back to the 1970s when the then-shah paid the UK £400million for 1,500 Chieftain tanks. After he was toppled in 1979, Britain refused to deliver the tanks to the new Islamic Republic and kept the money, despite British courts accepting it should be repaid.

Richard Ratcliffe said last month there was a “stand-off” between the countries, and he feared his wife could face another court case once her sentence comes to an end next spring.